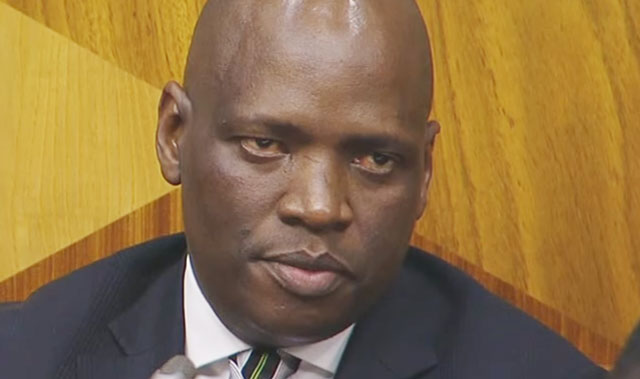 In its application, the party wants to prevent Motsoeneng from serving in any senior position at the SABC, unless the public protector’s findings about his conduct and character were reviewed and set aside, DA federal executive chairman James Selfe said on Wednesday.

“We are asking the court to make a determination that Mr Motsoeneng is not a fit and proper person to hold any position at the SABC,” he told reporters in parliament.

“The majority of the members of the dysfunctional SABC board have indicated they continue to support Mr Motsoeneng, which we contend is irrational and not in the spirit of existing rulings on this point.”

Selfe described Motsoeneng as a “threat to South African democracy”.

“He is an unethical, manipulative fraudster who has destroyed any semblance of good corporate governance at the SABC.

“Moreover, he is a modern day Goebbels who treats the public broadcaster as his personal fiefdom to spread propaganda.”

The party would further ask the court for a declaration that the SABC board was inquorate and had “aided and abetted” the broadcaster’s decline. It had only six members and required nine for a quorum.

On 5 October, SABC board members Krish Naidoo and Vusi Mavuso announced their resignations at a meeting with parliament’s communications committee.

Selfe called on ANC chief whip Jackson Mthembu to publicly support the DA’s court action if the party was serious about restoring the SABC’s credibility.

On 19 September, the supreme court of appeal rejected Motsoeneng’s bid to appeal the Western Cape high court’s November 2015 ruling declaring his appointment irrational and setting it aside.

Public protector Thuli Madonsela found, in a report released in February 2014, that Motsoeneng had lied about his qualifications when he applied for the post of chief operating officer, that he hiked his salary from R1,5m to R2,4m in one year, and that he purged senior staff.

Despite these adverse findings, the SABC announced on 27 September that Motsoeneng would be appointed to the corporate affairs post.