Fuji’s X10 is a peculiar beast. It’s a digital camera styled to look like an analogue-era rangefinder. It has a sensor that’s bigger than those found in most compact cameras, but smaller than those found in mirrorless cameras or digital SLRs. It’s clearly well made, and clearly carefully designed. What’s less clear is just who it’s intended for.

Like any good camera should, the X10 feels great to hold. Though it’s riddled with knobs, dials and buttons, there’s still enough space for your right thumb and a protrusion on the front for the rest of your right hand to rest on. Because turning the power on requires turning the lens, it demands two-handed operation like a manual-focus SLR or rangefinder of old.

It’s a truly sturdy-feeling camera and because of its retro styling you’re quite likely to be interrogated about it in public by curious photographers. Most of the moving parts feel similarly hardy, with the exception of the scroll wheel that surrounds the four-way controller on the rear.

The X10 is styled on the much more expensive and larger sensor-carrying X100. That means a genuine zoom lens that requires manual zooming. Peer through the viewfinder, twist the lens clockwise, and voila, both it and the viewfinder image zoom in or out. This will seem strange to those who’ve never used anything other than a digital camera with a wide/tight switch or toggle, but it’s delightful to photographers of old.

Although the sensor isn’t quite as large as the half-frame sensor found in the X100, the APS-C sensors found in entry-level digital SLRs, or even as large as those found in micro 4/3 cameras, it is larger than a traditional compact camera sensor.

Combine a larger sensor with a lens capable of an aperture of f2.0 at the wide end and f2.8 at the long end of its 28-112mm equivalent zoom range and you get the sort of effects usually confined to far larger and pricier photographic tools.

The lens and sensor combination allows for shallow depth-of-field and thus decent background diffusion or “bokeh” — the out of focus areas of an image that allow one to isolate the subject by having it in focus, and everything else soft.

The sensor offers 12 megapixels, or 4 000×3 000 pixels. There’s a built-in panorama mode that automatically stitches panoramas as wide as 11 520 pixels and the ability to shoot RAW or Jpeg images. ISO settings range from 100-3 200, but anything over 800 and images get incredibly noisy. This can be expanded all the way up to ISO 12 800 with resolution compromises, but it’s hard to see why anyone would want to do that.

Though the X10 offers all sorts of high-end functionality alongside its oversized compact camera-style sensor, the maximum shutter speed in aperture priority is 1/1000 of a second. This can prove limiting, particularly when wanting to shoot with a wide aperture in daylight – the result is overexposed and useless shots. Given the fast aperture, it’s a pity there isn’t a similarly fast shutter in all modes.

The X10’s viewfinder is set above and left of the 2,8-inch LCD display and is an optical model (rather than the digital version on the higher-end X100) that zooms mechanically, in unison with the lens. The result is severe parallax at the wide end because the viewfinder is not on the same plane as the lens, but one adjusts to this fairly quickly, and the effect is far less pronounced on the long end.

Of course, many people — particularly younger users who are accustomed to composing shots using an LCD rather than a viewfinder — won’t use the viewfinder at all, preferring the LCD that is set to display information by default. 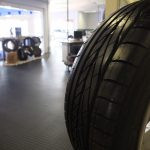 The f2,0 aperture results in pleasant out of focus areas, but the subject remains extremely sharp 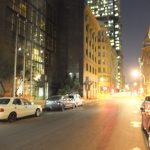 Low light images are noisy, but this is to be expected from a small sensor 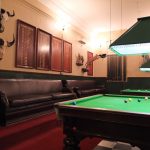 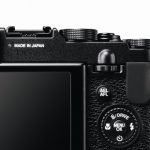 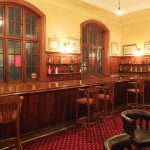 Even at 28mm there is no perceptible lens distortion 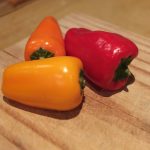 Although the viewfinder isn’t ideally suited to capturing action shots, the sensor is certainly up to the task and offers seven frames per second at full resolution and 10fps at a respectable six megapixels.

Because it’s positioned, and priced, as a high-end device, it’s little surprise that the X10 can shoot images in Raw. But users of Apple’s Aperture software will be disappointed to find that Fuji’s Raw file format is not yet supported, meaning files have to be processed using Adobe’s Camera Raw plug-in for Photoshop or Lightroom, Fuji’s own software, or the in-camera Raw processing options.

Aside from its styling, one of the most innovative features of the X10 is its “EXR” sensor technology. In layman’s terms, instead of square pixels, those found on the X10 are hexagonal and the sensor can essentially take two 6-megapixel images simultaneously instead of one 12-megapixel one.

The result is the ability to expand dynamic range by exposing each image differently and overlaying them or reduce image noise using the same process, albeit at the cost of resolution. However, as a 6-megapixel shot is generally sufficient for printing as large as A3, this shouldn’t pose a problem.

Though the X10 offers good video-shooting capabilities on paper — 1080p at 30fps and stereo sound recording via two microphones 2,5cm apart above the lens — the results are less awe-inspiring. Exposure and focus are inconsistent and it’s very difficult to pan or tilt without inducing the dreaded wobbly lines that videographers hate.

Still, most users won’t be buying the X10 for video. It’s the stills they’ll be interested in and, on the whole, those are excellent. It doesn’t handle low light as well as the larger sensor-carrying X100, but that’s to be expected. Smaller sensors mean poorer high-ISO performance and more noise. That’s just physics.

But put the X10 to work in decent lighting, make use the excellent built-in flash, or pop an external flash on the hotshoe and the results are outstanding for what is, essentially, a compact camera. The lens may not be interchangeable, but the zoom range is excellent and results are sharp, whether the aperture is all the way open or stopped down.

Part of the charm of the X10 is its styling and the fact that it looks like an old, but serious photographic tool. There are plenty of buttons for immediate access to everything from exposure compensation to white balance, autofocus, drive modes, macro functionality and the ability to create custom shooting modes.

There’s even the option of using a traditional cable release via the thread on the two-step shutter release. It’s also possible to turn off sound on the camera entirely, making it ideal for street shooters looking for good performance along with stealth.

At R7 499, the X10 may seem a strange option when an entry-level digital SLR can be had for less, but it’s definitely more interesting than most of them and isn’t really targeting the same market. One can only assume the X10, like the X100 that costs twice as much, is aimed at somewhat serious photographers who are looking for a fun but capable digital camera in a compact body that doesn’t compromise (too much) on image quality.

Of course, if you’re that sort of photographer, you’ll really want the top-end X100, but at around R14 000 you really need to have an already-packed camera bag and money to burn to invest that much in what is, ultimately, a very high-end happy snaps device.

The X10 has a great deal of charm, looks great and makes for a superb conversation starter, but we wonder whether that will be enough to entice its target market.  — (c) 2012 NewsCentral Media