Huawei Technologies expects smartphone shipments to grow 20% next year even if it’s blocked from the latest Google software, suggesting the Trump administration efforts to contain the company’s rise may not be working.

The world’s largest smartphone maker after Samsung Electronics can rely on its massive home market and in-house software to keep the division humming, said Will Zhang, president of corporate strategy. Sourcing the hardware for smartphone manufacturing wasn’t a problem because of the availability of global supply, he said.

Huawei is approaching a critical juncture in its fight for survival, six months after Washington barred it from buying key US components and software without special licences. Those include Google’s Android operating system, semiconductor design tools from Synopsys and Cadence Design Systems, and radio frequency chips made by Qorvo and Skyworks. That threatens to dent Huawei’s smartphone business, which ships more than twice as many devices as Apple, while impeding its ability to make 5G networking gear.

There are many ways for our US partners to find global solutions, rather than ship from a single US-based source

“There are many ways for our US partners to find global solutions, rather than ship from a single US-based source,” Zhang said at Huawei’s Shenzhen headquarters.

Zhang said in the past Huawei set one target for smartphone shipments, but now because of increased uncertainty in the market it developed three different goals that include best- and worst-case scenarios. Under a moderate scenario, smartphone shipments could rise around 20% next year, he said. “Even for the pessimistic one, we see small growth,” said Zhang. The best case projection is for 40% growth.

Huawei, which gets roughly half of its revenue from its smartphone division, has so far managed to sustain an enviable pace of growth despite its precarious situation. It gained market share against Apple and Samsung in the third quarter by expanding smartphone shipments 29%. In its home market, shipments jumped 66% in the third quarter but only rose about 18% sequentially abroad, according to Canalys. Huawei posted a 24% surge in revenue in the first nine months of 2019, boosted by a 26% jump in smartphone shipments to 185 million units.

Billionaire founder Ren Zhengfei once predicted the Trump administration’s move could knock US$30-billion off his company’s revenue. That amount was later trimmed to $10-billion. Zhang revised down the total impact amount again on Tuesday. “Now I think it’s less than $10-billion,” he said. A significant part of that comes from Huawei’s server business, which he said had been expected to generate revenue of $8-billion this year. “But that will be cut in half,” he said, because Huawei was having difficulty making x86-based servers. 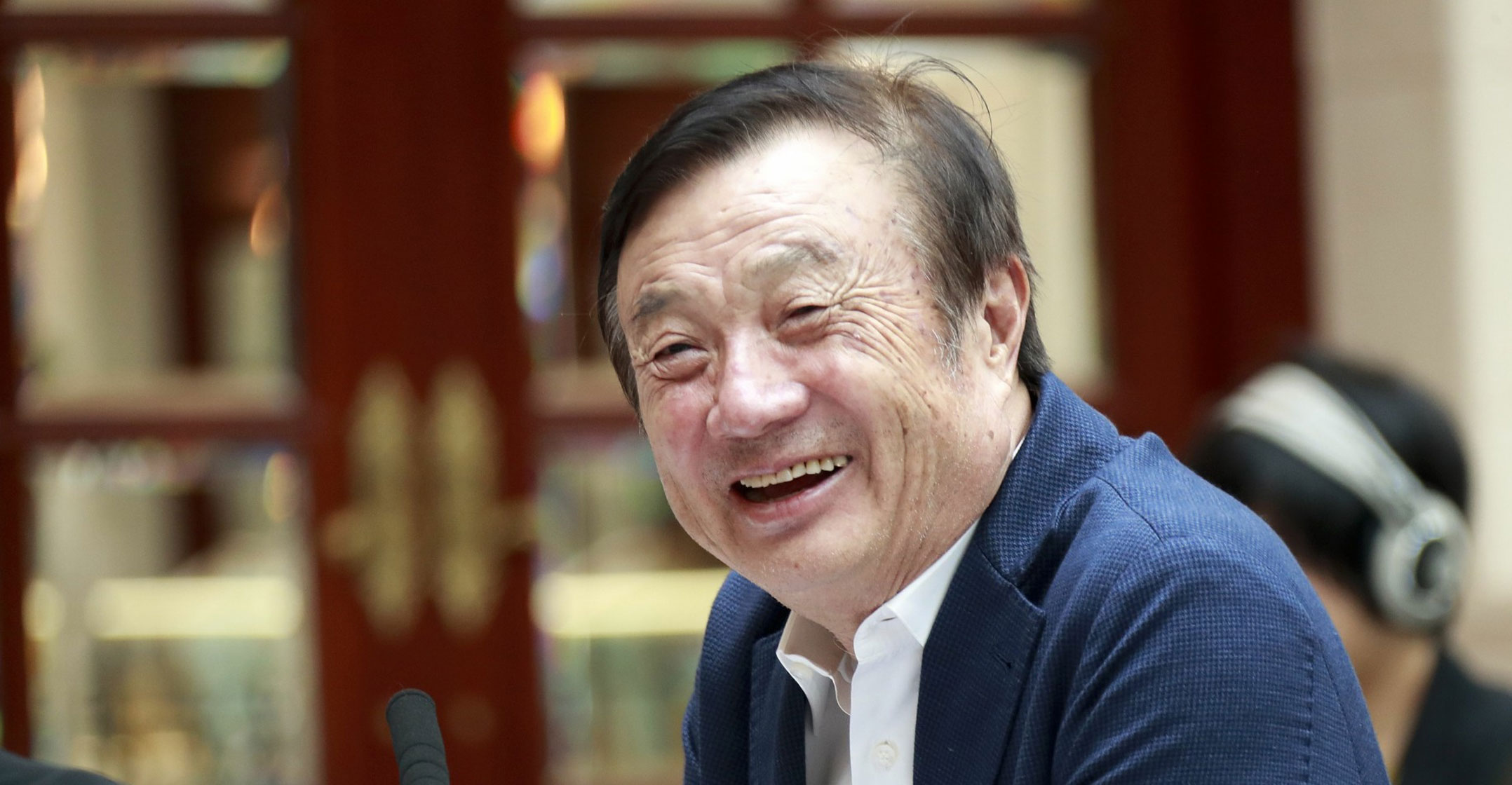 Zhang also said 20% to 40% of Huawei’s products were affected by the ban. “Some impact was small, so we could easily find a solution within half a year or three months. But for servers, it impacted our business, our revenue and our strategy for the future as well.”

Longer term, the company is exploring ways to get around a Google blockade. Huawei introduced its Mate 30 series in September, the first marquee phone that runs an open-source version of Android and lacks Google-licensed apps from Gmail to YouTube and the Play store.

Huawei is also developing its own operating system, HarmonyOS, which is designed primarily for Internet-of-things devices but can also power smartphones. In September, the company offered $1.5-billion to lure global developers to create software for its own ecosystem.  — (c) 2019 Bloomberg LP