'I blew it' on tech: Warren Buffett - TechCentral
THE BEST IN TECH 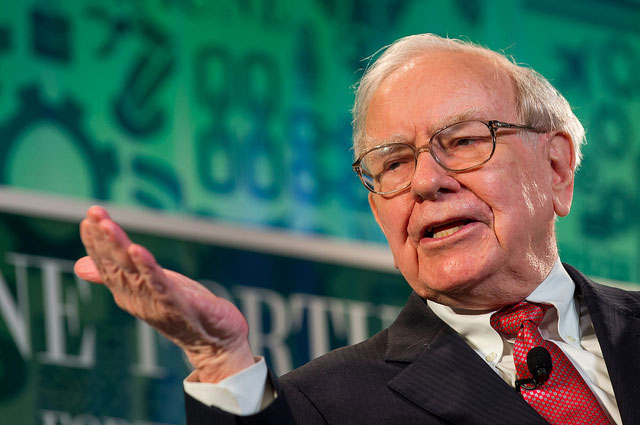 Underlying the festivities at Warren Buffett’s annual bash for Berkshire Hathaway shareholders over the weekend was a sobering fact: finding the next big thing is hard.

The Berkshire CEO spoke at length Saturday about his failure to pounce on opportunities in tech stocks, the challenge of lining up large deals, and his frustration with a cash pile that’s approaching US$100bn.

“We shouldn’t use your money that way for long periods,” Buffett said of the cash during his meeting in Omaha, Nebraska. “The question is, ‘Are we going to be able to deploy it?’ I would say that history is on our side, but it’d be more fun if the phone would ring.”

It was a notably downbeat moment for the billionaire, who’s spent the past five decades snapping up businesses and stocks. His investments transformed Berkshire from a struggling textile maker into a conglomerate with insurance companies, manufacturers, retailers, utilities and a railroad, as well as an equity portfolio valued at $135bn.

With thousands of adoring fans watching live (and many more streaming video online), Buffett and vice chairman Charles Munger took questions for five hours from the audience, analysts and journalists on topics from investing to public policy.

Buffett, 86, said the Republican health plan that cleared the US house of representatives was sure to help the wealthy, and the billionaire reiterated his view that society needs to do more to help people he called “ roadkill” because they get left behind by capitalism. The Berkshire CEO also took another swing at hedge funds.

Most of all, the billionaire expounded on his company and investments. Buffett said Wells Fargo & Co mishandled its response to a fake-account scandal. And he predicted that Berkshire could make “a fair amount” on its recent airline investments if carriers keep a stronger grip on fares, while acknowledging “it is no cinch”.

For years, Buffett and Munger have told investors that the company’s size would be an anchor dragging down performance, only to defy their own predictions. But some missteps are now underscoring their warning.

Buffett recently scaled back an investment in IBM and said that he was too optimistic about the company’s prospects in 2011. Berkshire has been piling into Apple in its latest technology bet.

The moves prompted a broader discussion about whether Berkshire had dropped the ball in a sector that’s come to dominate the ranks of the world’s largest businesses. For most of his career, Buffett avoided technology stocks, saying the companies were outside his expertise. On Saturday, however, he issued a mea culpa for being too late to spot their potential.

Companies like Apple, Amazon.com and Google parent Alphabet don’t require the large sums of capital that were required to sustain the giant industrial firms of an earlier era, Buffett said.

In hindsight, he said he could have been quicker to spot Google’s potential. Berkshire’s car insurer Geico was an early customer of the search-engine firm, and its founders consulted him around the time they were taking the company public.

“I had plenty of ways to ask questions, or anything of the sort, and educate myself,” Buffett said. “But I blew it.”

Buffett said his analysis on Apple differed from IBM, in part because the iPhone maker is more of a consumer products company. Munger said the Apple investment was a good sign.

Steve Wallman, a money manager based in Middleton, Wisconsin, who’s been attending the meetings for more than three decades, said the remarks illustrated how Buffett and Munger are “fallible, thoughtful, and aware of how much the world has changed”.

They went through “a litany of trends they missed, mistakes they made”, Wallman said. “I’ve never seen them exhibit so much vulnerability.”

Buffett also expressed frustration on the acquisition front, saying Berkshire hasn’t put its “foot to the floor on anything for, really, a very long time”. The comment prompted an exchange with Munger, who said he thought Berkshire could now entertain deals up to $150bn.

That would represent a giant leap for the conglomerate. Its largest buyout was the 2010 purchase of railroad Burlington Northern Santa Fe for about $34bn.

It’s not for a lack of trying. Buffett said on Saturday that Berkshire and 3G Capital were each prepared to put $15bn into a bid by their Kraft Heinz for Unilever this year. The offer was pulled after the consumer goods giant rejected the proposal.

David Rolfe, who manages about $6,8bn including Berkshire shares at Wedgewood Partners, said he wasn’t surprised that Buffett is bummed out by the growing cash pile. Stock markets have been rising for years, making it harder to find attractive investments.

Berkshire gained 2,4% this year, trailing the 7,2% advance of the S&P 500 Index. Buffett’s company said after markets closed on Friday that first quarter operating profit slipped 4,8% to $3,6bn, as insurance units faced claims from a cyclone in Australia.

The stream of earnings is a growing challenge. The company’s next CEO may have to allocate far more capital than Buffett ever did, the billionaire said Saturday. That will involve deciding how much to deploy to Berkshire subsidiaries, takeovers and stock picks while also considering whether to return funds to shareholders.

Buffett, who hasn’t publicly identified a successor, doesn’t pay a dividend and rarely repurchases stock, arguing that he can do better by retaining earnings. But investors pressed him about whether the record cash pile would force him to rethink his approach.