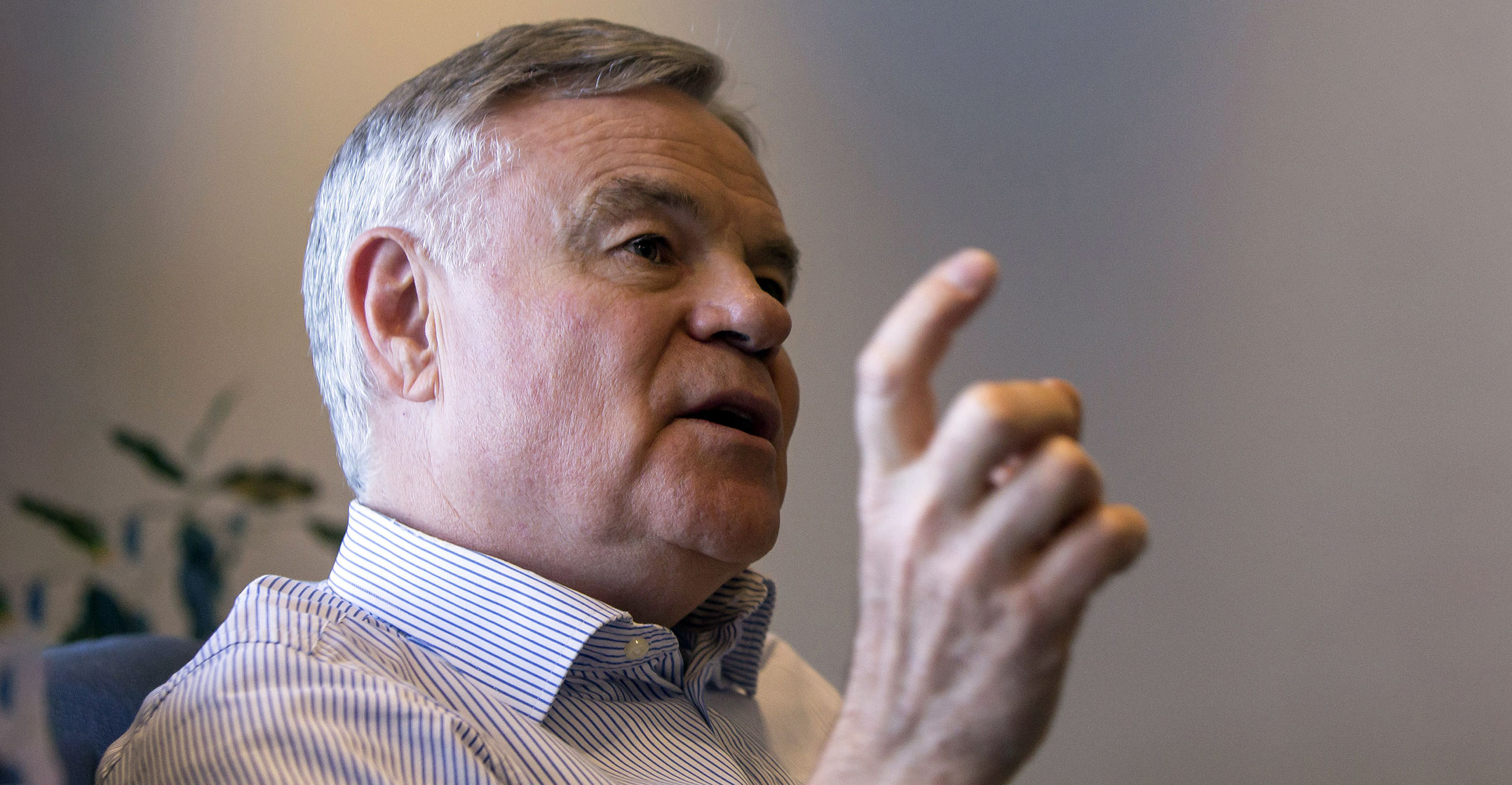 Naspers is working to reduce its exposure to Johannesburg’s stock exchange as Africa’s largest company seeks to narrow its valuation gap with flagship asset Tencent Holdings.

The media and Internet company owns about 31% of Chinese technology giant Tencent, yet the market values the stake at some US$25-billion more than Naspers as a whole. Reducing the deficit has long been a priority for executives as they scour the globe for new online investment opportunities and work to turn more of its businesses profitable.

“The problem is we are too large for the JSE,” chairman Koos Bekker said at Friday’s annual meeting in Cape Town. Naspers is almost four times the size of the second largest South Africa-based firm on the FTSE/JSE Africa All-Share Index, meaning some money managers are forced to sell the company to keep their funds’ exposure below a minimum threshold, he said.

Naspers CEO Bob Van Dijk is working on how to reduce company’s exposure to the JSE, and said last month he’s looking at spinning off various parts of the company into different listings outside South Africa. Bekker added Friday that the process would have to be handled cautiously, as online businesses need scale to be able to grow. Naspers won’t end up being “10 little units”, he said.

Naspers transformed from an Africa-focused media and TV provider through the investment in Tencent, in which it put $32-million 17 years ago. The company has since added a string of early-stage technology companies around the world, including Russia’s Mail.Ru Group, Indian travel agency MakeMyTrip and Brazilian price-comparison site Buscape.com.

About $700-million has been spent on deals this year as the firm continues its acquisition spree, chief financial officer Basil Sgordous said later at the AGM. Notable exits include India’s Flipkart, which generated about $1.6-billion in profit as part of a deal with Wal-Mart.

Naspers shares rose almost 2% to R3 508.99 as of 1.06pm in Johannesburg, valuing the company at R1.54-trillion. The stock has gained 1.4% this year, including the biggest plunge in a decade earlier this month when Tencent posted earnings that missed analyst estimates.  — (c) 2018 Bloomberg LP