Ructions tear at telecoms department - TechCentral
THE BEST IN TECH 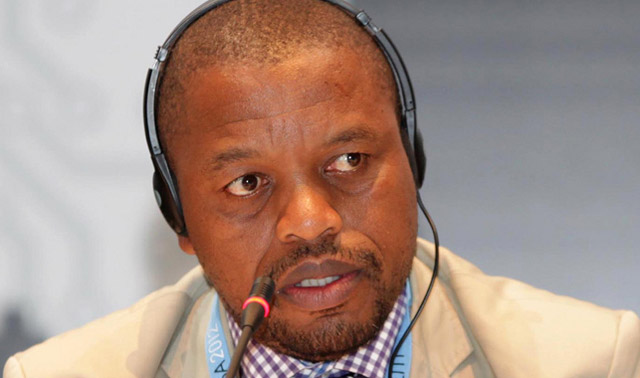 A leadership crisis at the department of telecommunications & postal services is threatening to boil over after director-general Rosey Sekese fired one of her deputies, Gift Buthelezi, via an SMS this week while he was on leave.

TechCentral has established that more action against senior leadership in the department is likely to follow.

These developments come in the wake of a recent letter sent by senior staff in the department to minister Siyabonga Cwele regarding unhappiness with Sekese’s leadership. It is understood reliably that the letter was signed by Buthelezi as well as fellow deputy directors-general Themba Phiri and Sam Vilakazi.

Upon returning to the office from leave on Wednesday, Buthelezi was allegedly manhandled by an official from the department, according to a source, and forced to leave the building. Buthelezi declines to comment, saying the matter is headed to court.

Buthelezi and others in the senior management service at the department have recently had various charges levied against them, TechCentral has learnt.

It is understood that both Vilakazi and Phiri are also facing disciplinary procedures instituted by Sekese. It is alleged that the director-general is using internal disciplinary processes to get rid of staff prior to the completion of the SIU investigation. Sekese could not be reached in her office or on her mobile phone for comment.

According to a source, the letter that the three deputy directors-general sent to Cwele makes various allegations against Sekese, including details regarding the allegedly irregular sub-letting of property in Cape Town that was meant to be used for a government call centre.

Other allegations include that Sekese’s original appointment as a deputy director-general of the department was irregular and that the appointment of consultants to the ICT policy review process was also not above board.

It’s understood Cwele has asked for legal opinion on the content of the letter.

The developments come amid two probes by the Special Investigating Unit (SIU) into the affairs of the department.

Democratic Alliance MP Marian Shinn says that she has written to Cwele asking for “clarity on the departmental disciplinary hearings into the controversial R756m Media Corner deal and whether they are irregular”. The SIU is tasked with investigating the deal, in which Media Corner, a media agency, was paid the money to advertise South Africa’s digital migration programme.

The second SIU investigation is into alleged serious maladministration in connection with the affairs of the former department of communications and improper or unlawful conduct by its officials, including unlawful appropriation or expenditure of public money.  — © 2015 NewsCentral Media