SpaceX’s latest launch, billed by Elon Musk as the company’s most difficult ever, has the potential to be extraordinary for a whole host of reasons. It’s a fitting chapter in a remarkable story about a rocket maker that fought like mad to fly for the US Air Force, and has made major business decisions since then on the basis of this relationship.

On Tuesday morning South African time, SpaceX will fly its massive Falcon Heavy rocket for just the third time ever. The mission for the branch of the US military is to deliver 24 satellites to space on boosters that are being reused after having flown in the past. The payloads are assembled from several partners, including the National Oceanic and Atmospheric Administration, Nasa, US department of defence research labs and university research projects.

The mission will take part over the course of more than six hours after liftoff, which is slated for 11.30pm local time (5.30am South African time) from Kennedy Space Centre in Florida. The Falcon Heavy, which SpaceX bills as the most powerful operational rocket in the world by a factor of two, will carry the two dozen spacecraft into three distinct orbits. The company also will attempt to land the Falcon Heavy’s two boosters back on Earth simultaneously, then land the first stage of the rocket on a drone ship in the ocean about 1 200km away from where it initially takes off.

The mission will take part over the course of more than six hours after liftoff, which is slated for 11.30pm local time

“This is like the modern Big Bang,” said Luigi Peluso, an aerospace and defence consultant at AlixPartners. “The Air Force is a hugely important customer, and there are multiple stakeholders. It’s like UberPool for space, which increases the complexity. SpaceX has a technology road map that they are executing, and this is a big milestone.”

SpaceX first demonstrated the 70m-tall Falcon Heavy in February 2018, with Musk famously making his cherry red Tesla Roadster and a dummy driver called Starman the payload. The launch generated enormous buzz, with millions of viewers tuning in to watch the rocket’s 27 engines send the vehicle rumbling aloft. In April, SpaceX launched Falcon Heavy for its first paying customer, Saudi Arabia’s commercial satellite operator Arabsat. Monday’s launch will be another spectacle for space fans who are expected to crowd the area west of Orlando.

Musk waged an intense battle years ago for the right to compete for US military launches against United Launch Alliance, the joint venture between Boeing and Lockheed Martin. ULA is building a new rocket, called Vulcan, that will compete with Falcon Heavy. The Vulcan’s BE-4 engine is built by Jeff Bezos’s Blue Origin.

After all that effort, Musk came close to cancelling Falcon Heavy as the business case for the rocket waxed and waned and the company continually improved the capability of its workhorse vehicle, the Falcon 9. In an interview with Bloomberg Businessweek last year, SpaceX president and chief operating officer Gwynne Shotwell said she convinced Musk to reconsider by refreshing his memory about a Falcon Heavy mission that the Air Force had paid for. 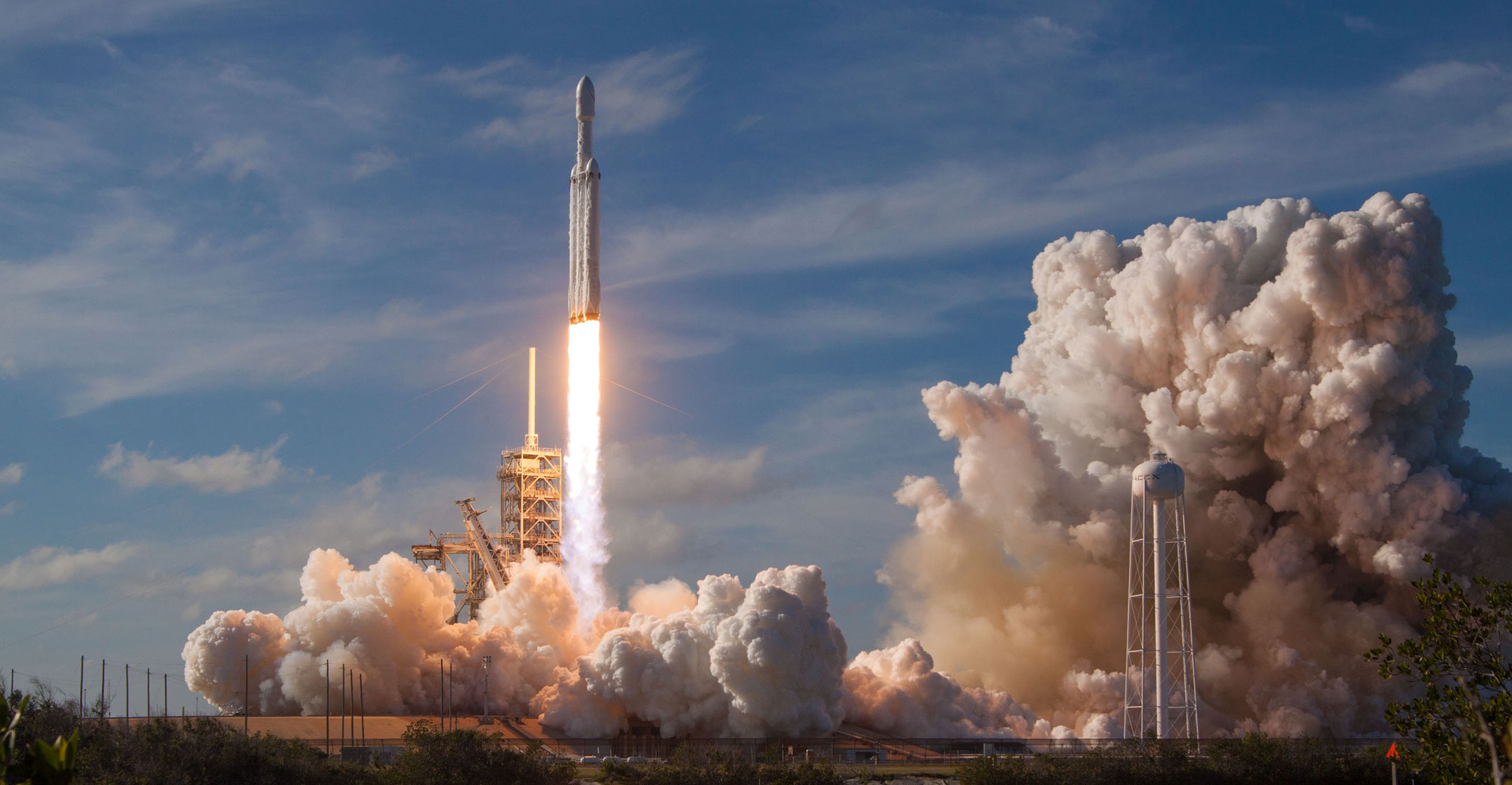 “I reminded him that we had customers that had purchased it, and this is a good rocket,” Shotwell said. “That’s a case where I think he would say I was right.”

SpaceX’s valuation has climbed to about US$34-billion as it has racked up successful missions and lucrative government contracts, making it among the most valuable venture-backed companies in the US. Last month, it disclosed raising more than $1-billion in equity offerings a day after launching the first satellites for its Starlink project, a broadband service network that Musk is counting on becoming a major revenue source.  — Reported by Dana Hull, (c) 2019 Bloomberg LP