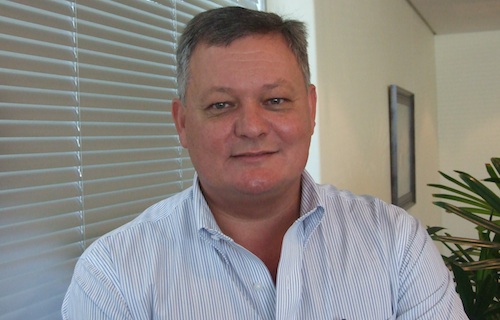 Vodacom has restructured its Vodacom Business division, merging it with the business services component of pan-African communications company Gateway, and appointing Wally Beelders as its new chief officer.

Vodacom created Vodacom Business in 2008 to focus on the converged communications market in SA. Realising that its core mobile business was maturing, the group felt it needed to expand into new areas in telecommunications to maintain growth.

Gateway Business Services has offices in 14 African markets and serves 40 countries across the continent, Beelders says. “We want to extend the footprint further into countries that we see as key.”

That will require working closely with the UK’s Vodafone, Vodacom’s parent company, especially in African territories that Vodafone serves directly, such as Kenya and Ghana.

“We want to find a mechanism where, at both a direct and indirect level, we can have a more collaborative approach in taking on the business services market in countries where overlap exists.”

Infrastructure is crucial to Vodacom’s strategy on the continent, Beelders says. It is investing in terrestrial and submarine fibre systems.

A new telecoms cable company is being created under Gateway to focus exclusively on fibre projects. Beelders says this company will roll out fibre between countries as well.

Vodacom Business Africa also has plans to build two new data centres, one in Nigeria, and the other in East Africa, probably Tanzania (see story).

Nigeria is a key market for Vodacom Business Africa. “More than 50% of the revenues associated with the business services portfolio being carved out of Gateway comes from Nigeria,” Beelders says.

The company already has 160 people on the ground, most of them in Lagos. “We have a broadband wireless access licence there, which gives us the opportunity to grow our total portfolio of services further.”  — Duncan McLeod, TechCentral