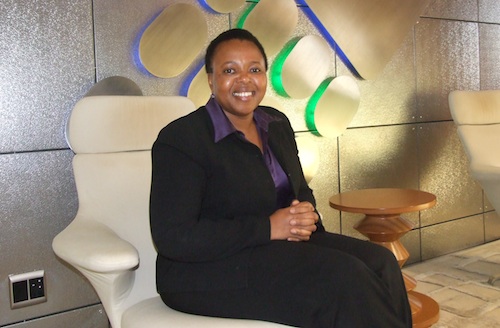 JSE-listed fixed-line telecommunications operator Telkom is to petition its regulator, the Independent Communications Authority of SA (Icasa), for special permission to increase dramatically the fees its charges Zimbabwean operators to carry calls on its network.

This is after Zimbabwean operators raised international interconnection rates — for fixed and mobile traffic — by an average of 46%. In other words, the Zimbabwean companies are charging foreign operators on average 46% more to carry calls to Zimbabwean telephone numbers.

“All the Zimbabwean operators have raised the interconnection rates but the biggest impact was on mobile rates,” says Telkom SA MD Nombulelo “Pinky” Moholi (pictured). The increases apply to all non-Zimbabwean operators, not only Telkom.

Moholi says the increases happened in December 2008 and says the impact has been exacerbated by fluctations in the exchange rate. “The increases were not negotiated, as is normally the case between interconnecting parties.”

Telkom won’t say how much money it’s losing as a result of the Zimbabwean price hikes. “We don’t make this publicly available.”

However, the price discrepancies are a big problem for Telkom as Zimbabwe is one of its top international destinations for outgoing calls. “We are a net payer in that we send Zimbabwe more traffic that we receive,” Moholi says. “This should not be surprising, as it is always the case with any neighbouring countries with unequal economic strengths.”

Telkom’s challenge is that international rates are regulated by Icasa, and it can’t unilaterally drive up prices to compensate for the Zimbabwean price hikes.

“We filed a retail price increase in August 2009 to compensate partly for the under-recovery,” Moholi says. “However, due to limitations in the retail tariff filing regulations, we were unable fully to recoup our costs.”

Moholi says Telkom is in the process of filing a special tariff application with Icasa in an effort to resolve the issue.  — Duncan McLeod, TechCentral