Icasa on spectrum auction and licensing: full statement - TechCentral
THE BEST IN TECH 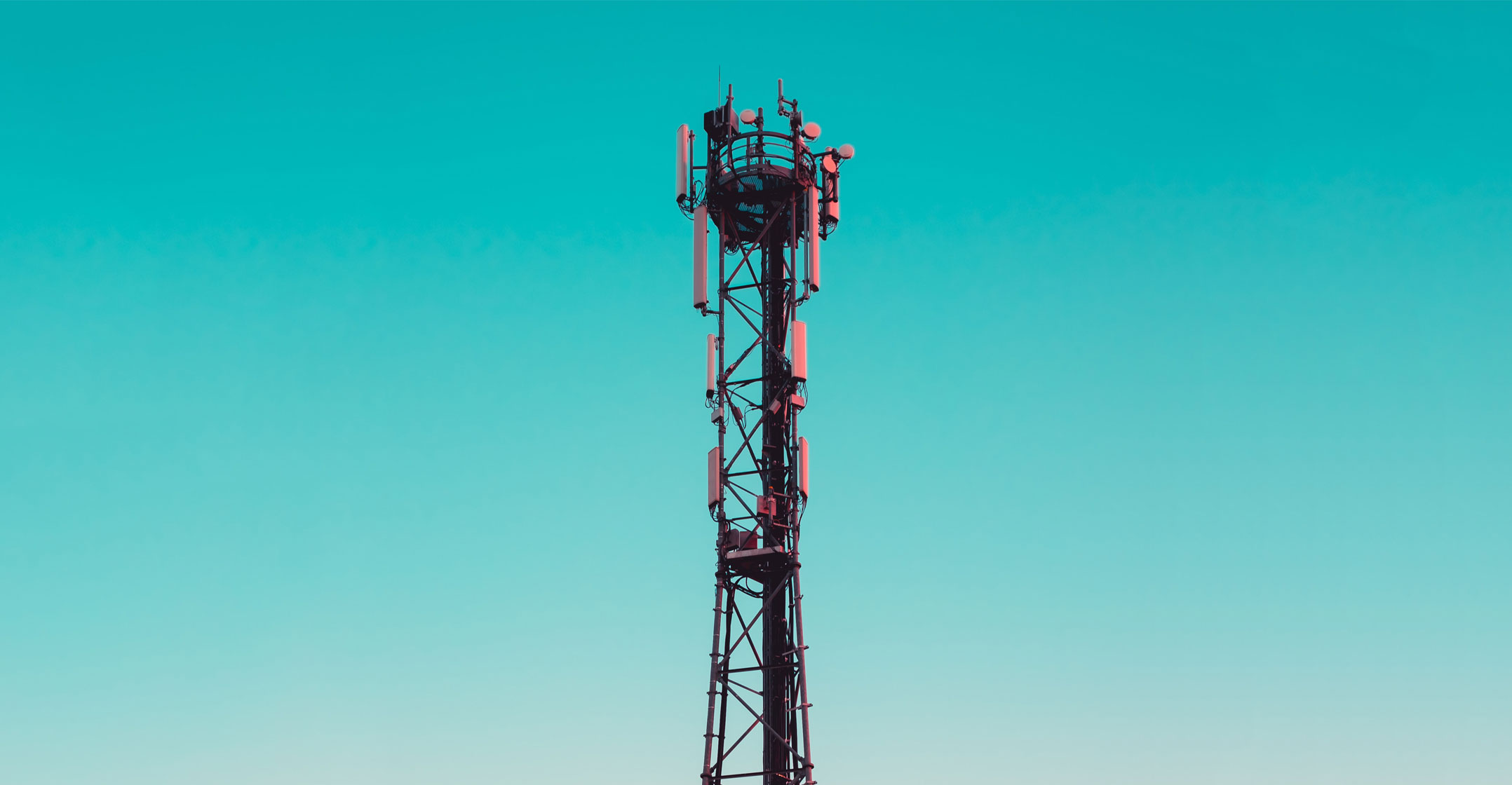 Communications regulator Icasa will this week publish the long-awaited invitation to apply (ITA) for so-called high-demand spectrum in the Government Gazette.

What follows is the statement (slightly shortened) delivered by Icasa chairman Keabetswe Modimoeng on Wednesday on the process and the decisions taken by the regulator.

We are finally here today about the licensing of International Mobile Telecommunications (IMT), also known as high-demand spectrum and that of the wireless open-access network (Woan).

We have all been waiting for this day and through consultation with all relevant stakeholders, guided by the empowering legislation, including the law of administrative justice and procedural fairness, the Icasa council has taken a decision and approved that the licensing process for spectrum can now go ahead.

We would like to thank all stakeholders who made submissions to Icasa on the impact of the Covid-19 pandemic on the markets and related issues, following our media statement earlier this month. Their contributions really helped us to come to the decision we are announcing today.

The licensing of spectrum remains key on our regulatory agenda because we understand the benefits thereof. The spectrum auction proceeds will have broader economic benefits for the country as they will also incentivise broadband infrastructure investment and thus stimulate economic growth. More importantly, the release of spectrum is critical to ensure continued provision of good-quality broadband services and the lowering of the cost to communicate (particularly data costs) in South Africa.

It is for this reason that we are announcing the publication of the invitation To apply (ITA) for both the Woan and the IMT spectrum. Both ITAs will be available no later than Friday, 2 October 2020.

In the finalisation of the ITAs, the authority has duly considered the contents of the policy directives/direction as required by section 3(4) of the Electronic Communications Act (ECA) and subsequently published an Information Memorandum (IM) for IMT spectrum Assignment on 1 November 2019.

In finalising the ITA, the authority considered and analysed all representations received in response to the IM. The key considerations emanating from the representations into the IM include the following:

The authority will, in due course, publish a reasons document which captures the authority’s decision and reasons on the public comments received in respect of the IM.

The Authority has considered competition matters within this environment and did an assessment in particular pre and post the auction to inform this licensing process and conducted an intensive spectrum fair valuation study using the avoided cost modelling and international benchmarking on the bands to be licensed (IMT700, IMT800, IMT2600 and IMT3500).

The authority will make available 406MHz of spectrum for the provision of mobile broadband services in South Africa. Given the scarcity of spectrum, this has the potential to shape future competition in mobile markets in South Africa and the extent to which individual national¹ and/or sub-national² wholesalers are able to credibly compete with each other.

The main objective from the competition assessment is that the authority, through the awarding of this spectrum, is to ensure that the authority expand the market. This means that the national and sub-national wholesalers are taken into consideration in terms of the spectrum to be awarded and the new players are able to partake in this process.

The authority has further unbundled the spectrum as it was proposed in the IM and taking into account the written representations received during the consultative process of the IM. The unbundling of the spectrum supports the notion that Icasa will encourage the market to dictate its course, in a way, promoting competition in the market.

On the other hand, as part of valuation of the spectrum, the authority took a position that a reserve price is the price below which the authority will not license the spectrum bands being considered on this process for auction. All good spectrum auction designs are also a balance between price discovery and the risk of collusion in the auction among the bidders and setting the reserve prices provides a realistic starting point for price discovery.

¹ A licensee that controls access to its radio access network (RAN) and is capable of providing IMT services on a wholesale basis to roaming and MVNO customers, where the licensee’s RAN is capable of serving more than 50% of the population in South Africa.

² A licensee that controls access to its RAN and is capable of providing IMT services on a wholesale basis to roaming and MVNO customers, where the licensee’s RAN is capable of serving less than 50% of the population in South Africa. The spectrum that has been set aside for the Woan has been considered thoroughly by the authority and has been prescribed in such a way that the Woan will become a credible national wholesale player in the market. The sufficient and lucrative sub-1GHz spectrum combined with the capacity enabling spectrum has been afforded to the Woan.

The spectrum is consistent with the proposals made in the IM and the amount of spectrum currently used by credible tier-1 national wholesale operators in our country. The following spectrum has been set aside for the Woan:

The following social benefits will be derived from this licensing process:

The first social benefit derived from this licensing process is better quality of services for all mobile services users, irrespective of the area they reside in within the country. There is also an obligation which prescribes a minimum downlink single user throughput of 5Mbit/s at the edge of the cell (particularly in batch-3-classified municipalities – worse off in terms of mobile services) for all national wholesalers who are awarded radio frequency spectrum licenses in spectrum bands IMT700 and/or IMT800 within five years of licence issue. This obligation must be achieved with other bands (IMT2600 and IMT3500) assigned through the IMT auction licensing process.

In order to ensure connectivity for all, and in particular the underserviced areas, the authority will impose the following:

In respect of 700MHz or 800MHz licences awarded to applicants categorised as tier 2: Applicants that cover less than 80% of the population with IMT services must expand such coverage to at least 80% of the population in general across South Africa, including batch 1 and batch 2 areas (of their commercial choice) for tier-2 national wholesalers other than applicants categorised as tier 1. This obligation does not apply to sub-national wholesalers who do not opt in for reserved spectrum as contemplated in the ITA. The outside-in obligation would not apply to these tier-2 national wholesalers, which do not already cover 95% or more of the population with IMT services in January 2020.

Lastly, the imposition of empowerment obligations on both ITAs is to ensure that it is a credible empowerment tool that will assist the authority to achieve the sector’s transformation agenda.

The authority has consulted on the inclusion of the IMT2300 band and decided to put it on hold in respect of the current licensing process.

The authority has noted that it is still required by the Radio Frequency Assignment Plan, 2015 to conduct a feasibility study to establish the destination band for the fixed services in the band. It is for this reason that the authority has decided to exclude the IMT2300 from the current licensing process.

The authority has thus taken a position to license the IMT2300 band once the feasibility study and the migration of the fixed services are concluded.

During April 2020, the Authority issued emergency temporary radio frequency spectrum to qualifying licensees in an effort to address a surge in network challenges brought about by the Covid-19 pandemic.

In terms of the ICT Covid-19 national state of disaster regulations, 2020, the temporarily assigned spectrum, would be revoked three months after the expiry of the National State of Disaster save that no temporary radio frequency spectrum licence shall be valid after 30 November 2020. The latter was pursuant to the auctioning of the high-demand spectrum, which had initially been envisaged to take place during December 2020. The date of 30 November 2020, stipulated in the regulations as the latest date for the return of the emergency temporary spectrum, was to coincide with the initially contemplated completion of the auctioning of the high-demand spectrum during December 2020.

In light of the fact that the auctioning of the high-demand spectrum will now be completed before 31 March 2021, the authority will embark on a process to amend the ICT Covid-19 national state of disaster regulations in order to extend the validity period of the emergency temporary spectrum to no later than 31 March 2021.

The details and conditions for the extension of the temporarily assigned radio frequency spectrum will be outlined in the ICT Covid-19 national state of disaster amendment regulations, which will be published in due course.

The closing date for the publication ITA for IMT Spectrum is 28 December 2020. The ITA will be published for 60 working days. The authority shall not grant any extension in this regard. The authority has provided 14 working days from 1 October 2020 for the inquiries to be received regarding the ITA by the public and those will be responded to by the Authority. The clear timeline of how the licensing process is going to unfold is provided for in the ITA.