You are at:Home»Posts Tagged "Bono" 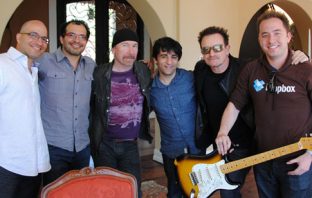 Cloud storage powerhouse Dropbox revealed on Monday that half of the popular rock band U2, Bono and The Edge, are investors in the company. Dropbox closed a jaw-dropping US$250m round in October 2011, so it appears Bono and The Edge were part of that round that also included names like Index Ventures, Sequoia Capital