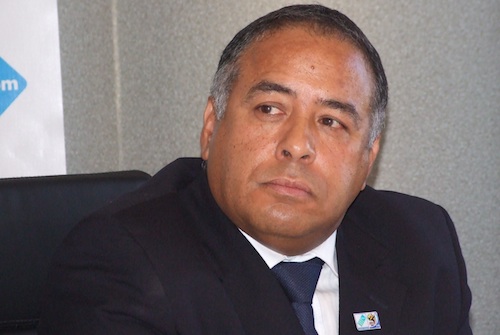 Telkom has launched a new, R350m data centre in Cape Town, Belville 2, as it seeks to grow its presence in the market for converged IT and telecommunications solutions.

The new facility has been built in Belville in Cape Town’s northern suburbs and is meant to be what Telkom calls “a natural extension of Telkom’s value proposition”.

Telkom CEO Reuben September, pictured, says several strategic considerations have driven Telkom’s expansion into the IT services market. Among these is the “massive demand for a robust, redundant infrastructure”.

“Internationally, demand for data centres exceeds supply by something in the region of 6:1,” September says. “Some analysts expect the local data centre market to grow at about 22%/year.”

Pierre Marais, acting MD of Telkom’s data centre operations, says convergence has “torn down the barriers between telecoms and IT [and] we have no doubt that this presents the next battleground between these two sectors with the data centre capability and offerings being an important weapon in the arsenal of competing service providers”.

Telkom has adopted a carrier-neutral architecture, meaning other operators can use its data centre facilities, Marais says.

The new data centre, which is chosen for its location close to the Melkbosstrand undersea cable landing station, makes use of virtualisation technology. This enables cloud computing and on-demand services.

With the new facility, Telkom now has six hosting facilities (four in Gauteng and two in Bellville). “These six data centres present a combined floor capacity of 9 700m² and are interconnected to provide various business continuity options,” stated Marais.