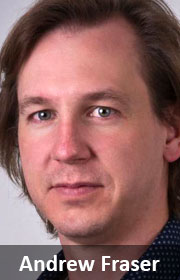 It seems that on a monthly basis we hear of a “revolution” in the mobile device industry, either from manufacturers touting the latest and greatest flagship smartphone or from analysts punting the latest low-cost smartphones for emerging markets. The real revolution is more subtle, but will probably change the mobile landscape in much more fundamental ways.

Over the past two years, the innovation curve of smartphones has flattened considerably, with cutting-edge, flagship smartphone performance and features improving incrementally rather than at the breakneck pace they have in the past. Also, the rapid commoditisation of features that used to define these high-priced devices has resulted in a host of midrange (mostly Android) devices that are extremely capable and well designed and that have functionality that more than caters for most users’ needs.

In South Africa, like in many countries in Europe and North America, most high-end devices are supplied through the mobile network operators, usually on a two-year contract. This contract cycle fuels the replacement of devices, with consumers waiting for their handset “upgrade” before purchasing a new device. This used to work well for both operators and consumers.

The consumer received an expensive handset, seemingly at no charge, along with a bunch of services, for a monthly fee.  In addition, the so-called “contract” or post-paid customers also received slightly better call and data rates.

The mobile operator had a customer locked in for a two-year period, and with the revenue from these customers very stable, they were prepared to subsidise the cost of the handsets. The recovery of the subsidy was fairly easy in the period of high mobile charges, primarily for voice. And with extortionate mobile termination rates (in South Africa at least), the revenue for the network operators was huge.

But every party has to end, and the party for the big mobile networks in South Africa ended with a massive reduction in termination rates, along with increased competition from smaller players. Icasa, the regulator, enforced reductions in the rates by more than R1/call over a few short years.

This had a huge impact on revenues of the big operators (Vodacom alone announced a more than R1bn direct loss of revenue in a one year period from this reduction). That has led to a reduction in the level of subsidies that the operators are prepared to invest in handsets for consumers.

And competition was getting tougher. While individual post-paid customers are much more profitable for the operators, the biggest volume of subscribers is in the prepaid area. Aggressive competition from Cell C (and to a smaller extent Telkom) meant that prepaid churn from the two big networks was becoming a problem, and both responded with better offers for both prepaid voice and data. A short price war followed, and, by the end, the only victor was the prepaid consumer. Prepaid voice and data pricing was reduced to the point where it was level with, or in many cases even better than, the corresponding post-paid rates.

All this is proving to be the catalyst for a real revolution, one which involves a change in consumer behaviour. Consumers are now breaking the upgrade cycle, either by simply not changing their handsets (and extending their contracts by 24 months); by purchasing a new handset with cash or self-financing it; or by migrating from contract to prepaid.

Many consumers are quite happy with their existing handsets, and simply can’t see the value in changing, especially as later models don’t offer any obvious improvement in daily use. They’d rather migrate to a post-paid contract that doesn’t include a handset repayment or cancel their contract outright and shift to prepaid.  Once out of contract, consumers can port their number to whichever of the operators they feel offers the best value, as often as they wish.

Other consumers can’t see the value in investing in a device that can cost more than R10 000, having to pay that back over two years with little to no subsidy from the operator, no advantage offered to them in call or data rates, and no flexibility to change networks without punitive cancellation costs. These customers are increasingly looking at devices that cost half as much and offer nearly all the functionality of the latest and greatest flagship smartphone.

Take for example, the Huawei P8 Lite. Huawei South Africa just invested an obscene amount of money to launch its new flagship, the P8, but looking at the specifications of the “lite” version of the device, which has a similar design and the same user interface for around half the price, it just seems much better value. The P8 Lite comes with an octa-core processor, 5-inch screen and 13-megapixel camera — hardly a low-end smartphone.

Sony’s Xperia M4 Aqua is another example of a device that you’d struggle to differentiate from the company’s flagship. Similar industrial design, same waterproof functionality, high performance, good camera and the latest Android user interface — all at around half the cost. Both Samsung and LG have similar devices with good design and strong performance at sub-R5 000 price points.

Consumers also have more choice in where they purchase their devices. No longer do they need to purchase from their operator. Now they can buy from fashion retailers, online stores, even banks. And they have more choice: traditionally unavailable from the big networks, dual-Sim devices are becoming the biggest segment of sales through some retail channels.

What is revolutionary in this is that it is going to force the networks to compete on their core business: the price and quality of the service that they offer. Once customers have moved to prepaid (because it is effectively cheaper), networks can no longer make comparison shopping difficult by creating arcane packages of services. They will be measured on cost and network quality, much like any other utility. And competition in that space can only be good for consumers.