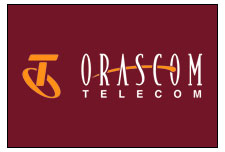 Egyptian telecommunications group Orascom Telecom said on Thursday that its CEO is seeking a meeting with Algeria’s prime minister after  officials there said they would block any proposed sale of Orascom’s  subsidiary in the country.

The Cairo-based Orascom said in a statement that Naguib Sawiris  has asked Egypt’s foreign minister to arrange a meeting with the  Algerian premier “and the relevant ministers to clarify all the  concerns of the Algerian government.

Orascom, whose Algeria subsidiary Djezzy is a key part of the  company’s operations, confirmed on Wednesday that its parent firm, Weather Investments, was in talks with MTN over the possible sale of all or some of Orascom’s assets.

Analysts have said the potential deal is likely to encompass  Orascom’s Africa assets, most notably Djezzy. But the swift  response from Algeria’s government on Wednesday, threatening to block  any potential sale of Djezzy, could complicate any deal  between Orascom and MTN, analysts said.

In a research note released on Thursday, Cairo-based  investment bank Beltone Financial said the Algerian government’s  stance about any attempt to circumvent investment laws in the  country “means that a deal structure to sell 100%  of Orascom , instead of individual assets, is not a solution to avoid  complications with the Algerian government”.

Beltone said that reaching a reconciliation with the Algerian  government “is a key requirement to the closure of such a deal.”. It  added that “a hurdle to the sale of Djezzy is, consequently, posing  a hurdle to a possible sale of some, or all, of Orascom Telecom’s  assets”.

Orascom has been locked in a back-tax dispute with the Algeria  involving Djezzy that has forced the company to file repeated  appeals and pay a significant portion of the tax bill as a  prerequisite to challenging the government.

Orascom has disputed  the Algerian claims about the taxes . Algeria’s finance ministry issued a statement on Wednesday, saying that the law  ”provides that the state can preempt any transaction”.

The statement quoted finance minister Karim Djoudi as saying he  notified the companies and stressed that “the law shall be applied”.

Djezzy represents a major portion of Orascom’s operations, with  Beltone saying it contributes to 47% of Orascom’s earnings before interest, tax, depreciation and amortisation.