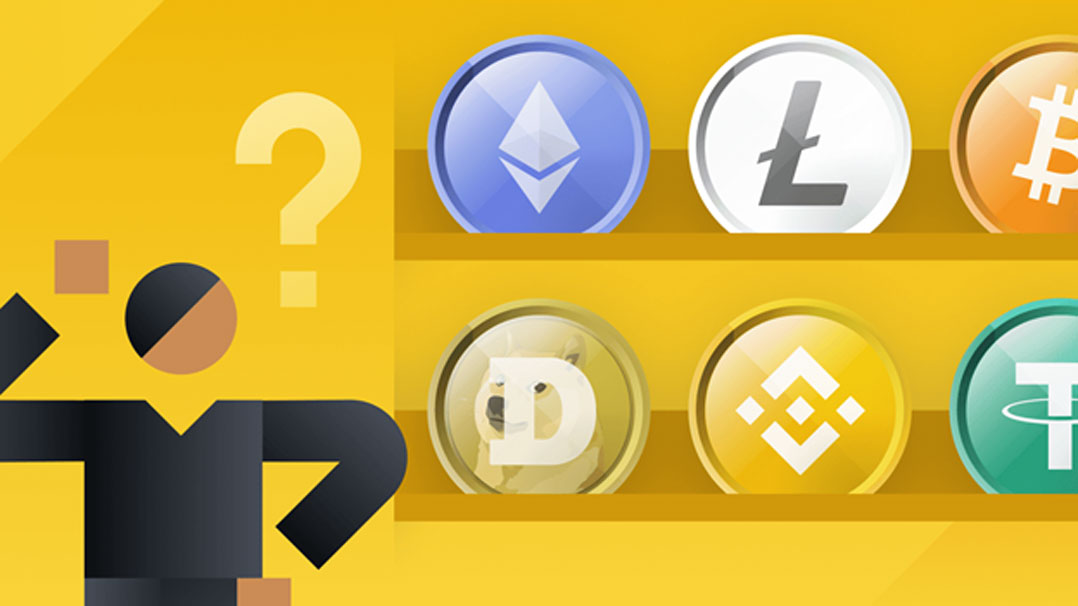 Bitcoin, in a way, is the big brother of the cryptocurrency world. Since its creation over a decade ago, thousands of alternative cryptocurrencies have followed in its steps. These newer cryptos are called altcoins. While many of them have failed, other altcoins have been more resilient and shown promise. These tokens may not have as large a capitalisation as bitcoin, but they often have robust technologies backing them.

Bitcoin (shortened as “BTC”) is the world’s first decentralised cryptocurrency. The coin serves as a medium of exchange and a store of value without centralised control. Anyone is allowed to mine BTC, and updates on the platform are implemented based on community consensus. While bitcoin’s creator, Satoshi Nakamoto, has remained anonymous, the cryptocurrency and its underlying blockchain technology are changing the world.

You only need to look at social media to see how popular the topics of bitcoin and cryptocurrencies are. This phenomenon is primarily due to the wild but impressive price action of digital currency. You could initially purchase bitcoin for pennies, but it has since seen prices in the tens of thousands of US dollars.

If you’re just diving into the cryptocurrency market, learning about other tokens will help you increase your knowledge base. Here are five examples of cryptocurrencies you can get to know other than bitcoin.

Ethereum (ETH)
Ethereum is a blockchain that also allows for the running of smart contracts in a decentralised manner. Unlike a regular computing system that runs on a single device, Ethereum runs on many machines globally. Ethereum is the cryptocurrency world’s first decentralized computer and the birthplace of decentralised applications (DApps).
Ether (ETH) is the blockchain’s native utility token required for the smooth running of the Ethereum blockchain.

The network is also host to other tokens and projects built on the blockchain. From crypto games to comprehensive financial suites, the network has it all.

ETH currently trades in the range of thousands of US dollars with a roller-coaster ride since 2015 in price and network growth. The price was only $0.43/ETH in October 2015. That represents a significant return on investment compared to current prices.

BNB
BNB might be a fairly new player in the market, but it has seen a quick rise to one of the larger market cap coins available. BNB is used to pay transaction fees on Binance Smart Chain (BSC). You can also use it for reduced fees on the Binance exchange and decentralised exchange (DEX). BNB originally existed as an ERC20 token on Ethereum before migrating to the Binance Chain.

While fee payment on Binance was the primary use of the token initially, its utility has since evolved. Registered Binance users worldwide are staking BNB tokens on the platform and earning an annual return of up to roughly 25%. A wide variety of BNB staking products from Binance and independent projects are gaining popularity for their passive income opportunities.

Since gas fees for Binance Chain and BSC are payable in BNB, a recent surge of developer activity has contributed to its increased adoption. With the Binance Visa card, more than 60 million merchants globally now accept cryptocurrency payments. The potential of the token within and outside the Binance ecosystem is more extensive than ever. These growing use cases have pushed BNB to the third position on Coinmarketcap in a healthy sign of the token’s popularity.

Cardano (ADA)
When it comes to cryptocurrencies backed by solid technology, Cardano (ADA) is one worth mentioning. Over time, Ethereum has developed scalability issues that make the blockchain expensive to use. Cardano developers wanted to create a viable alternative to Ethereum without these problems based on core scientific principles. Cardano is more scalable than Ethereum and also contains new features.

ADA is the native token of the Cardano blockchain that hopes to disrupt decentralised finance. The blockchain also has potential use cases in product traceability and as an identity management system. The token and blockchain boast a high number of real-world use cases compared to others in the industry. At the time of writing, ADA is a top 10 token by market capitalisation. Monero (XMR)
Monero (XMR) is a blockchain and token with a heavy emphasis on privacy and other valuable features. Most cryptocurrencies provide some basic privacy, but Monero has taken this concept further. The project implemented ring signatures for extra scalability and decentralisation, unlike other blockchains at the time. Using the open-source platform makes for entirely untraceable, secure and private transactions.

While it’s not one of the larger coins by market capitalisation, it’s still popular in the cryptocurrency community. Due to its privacy features, XMR has gained a reputation as a token associated with the dark Web. People fighting oppressive governments have also used the token to fund their campaigns without fear of being tracked by central authorities.

XLM is Stellar’s native cryptocurrency, which has already shown great promise since its creation. The network has the potential to revolutionise cross-border payments with XLM. The token also finds itself in the top 20 coins by market capitalisation and is again another famous and popular project.

On Binance.com, you can purchase these cryptocurrencies and more in just minutes, using any Visa/Mastercard debit or credit card. Interestingly, you are in luck! We just launched a 7 Day Buy-A-Thon campaign specially for new users who can now buy crypto of US$20 and above with your credit/debit card and stand a chance to qualify for a $10 000 prize pool. Read more. It’s key to learn that there’s more to cryptocurrency than bitcoin. We can’t deny its massive influence on the ecosystem, but we now have a healthy community of altcoins too. With the recent press and surge in popularity of cryptocurrencies, it’s a great time to start understanding more about what’s on offer.

Nevertheless, do not forget that cryptocurrencies are high-risk assets. Make sure to keep yourself informed on all investments you make.

Risk warning: Trading cryptocurrencies involves significant risk and can result in the loss of your capital. You should not invest more than you can afford to lose and you should ensure that you fully understand the risks involved. Before trading, please take into consideration your level of experience and purchasing objectives, and seek independent financial advice if necessary. It is your responsibility to ascertain whether you are permitted to use the services of Binance based on the legal requirements in your country of residence.