The moves have raised questions about the 11 April deadline for Eskom to sign outstanding and much-delayed power purchase agreements with independent power producers (IPPs).

Martin, who is also CEO of the South African Wind Energy Association, said at a media briefing on Monday that the removal of former energy minister Tina Joemat-Pettersson, former finance minister Pravin Gordhan and public enterprises deputy minister Bulelani Magwanishe has led to severe uncertainty among investors. “Our phones do not stop ringing [since the cabinet reshuffle on Thursday night].”

Eskom has been vocal in its resistance to the renewables programme and has delayed signing power purchase agreements, which its acting CEO Matshela Koko has said are too costly for Eskom. Eskom currently has an oversupply of electricity from its own generation fleet, which would come a lot cheaper than the IPP-generated power, Koko said.

Martin said 37 IPPs have been left hanging for more than a year due to the Eskom delays. They represent investments of R58bn.

After President Jacob Zuma gave an undertaking in his state of the nation address in February that Eskom would sign the agreements in line with government policy, which would enable financial close, the industry updated its submissions to get budget quotes from Eskom. This is a prerequisite to finalising the power purchase agreements.

Martin said that even after Zuma’s pronouncement, Eskom still delayed. Joemat-Pettersson then gave Eskom a deadline of 11 April for signing the outstanding IPPs. 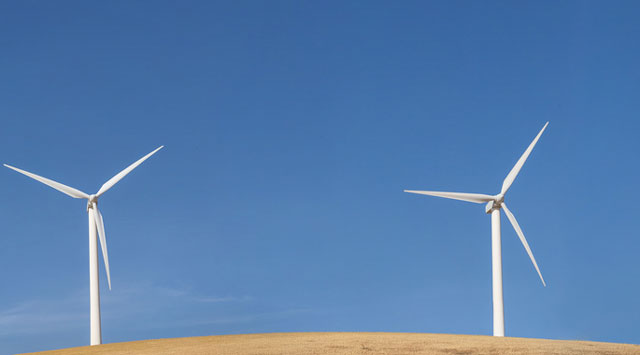 With the cabinet reshuffle taking place shortly before the deadline, the industry now has no idea whether the agreements will be signed. “The new minister [of energy] might say she needs time to find her feet. [Finance minister Malusi] Gigaba might make new arrangements about guarantees.”

The industry is further concerned that the process to finalise the Integrated Resource Plan, which maps out the country’s energy path for the next few decades, might be derailed.

The IRP base case that was earlier released for public comment, made provision for a large portion of renewable energy and moved the date the first nuclear generation needs to be in commercial operation forward from 2025 to 2037.

Martin said the industry was trying to find out what the situation was, but its appointments with the leadership of the department of energy, scheduled for this week, had been cancelled by the department.

She said the initial investors understood that they were trailblazers to establish a new industry in South Africa and had to create capacity locally. They have done that and exceeded targets for social contributions and skills development. These costs were not included in the bids, she said.

These investors are now losing patience however. Some of the bigger ones said they can wait a year to see if the programme gets back on track and part of that year has already passed. Others, especially smaller companies, cannot afford to wait any longer.

South African Renewable Energy Council treasurer Mike Levington, who is also CEO of the South African Photovoltaic Industry Association, said large international investors were active in a wide variety of markets all over the world and if South Africa presents with undue risk, they would simply move their resources elsewhere.

He said sub-Saharan Africa was a strategic market for investors in the renewable energy field, due to its large number of people who are not yet served with electricity. Two years ago, South Africa had strategic value as an investment destination with a view of developing business in the rest of sub-Saharan Africa, but that status is fast disappearing, he said.

There has been massive growth in the renewable energy sector in the Middle East and investors would rather open operations there, he said.