Jens Montanana, CEO of JSE-listed technology services group Datatec, bagged a cool $3.5-million (about R48.5-million at the time of writing) in the 2018 financial year for the successful sale of its Westcon 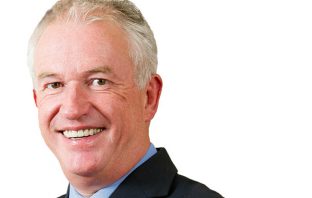 Vodacom chief financial officer Ivan Dittrich has resigned, three years after leaving technology group Datatec to take on the role. He will leave the mobile telecommunications group at the end of July and will be succeeded by Till Streichert from 1 August. Streichert Vodacom’s top executives have taken an effective pay cut in the 2015 financial year thanks to reductions in short-term incentives, the telecommunications group’s annual report, published at the weekend, shows. In the year ended 31

Vodacom has hired listed technology group Datatec’s chief financial officer, Ivan Dittrich, as its new group head of finance, replacing Rob Shuter, who will take over as CEO of Vodafone’s operations in The Netherlands on 1 March. Vodacom is a subsidiary of UK-based Vodafone. According to Vodacom, Dittrich