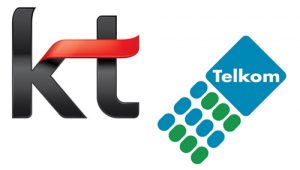 “In Korea, KT focuses on creating a flexible working environment for its employees through flexitime, flexi workplaces and ‘virtual offices’,” said Solidarity spokesman Marius Croucamp in a statement. “These virtual offices enable employees to find a better balance between work and family life.”

In terms of the proposed deal, KT would acquire a 20% stake in Telkom. Government is Telkom’s majority shareholder with 39,8% of the shares, while the Public Investment Corp holds a 10,9% stake, according to Telkom’s website.

Croucamp said KT was a respected company which could benefit South Africans. “KT played a big role in turning Korea into one of the countries with the fastest and most expansive Internet connections worldwide. The company’s expertise and experience could therefore be a boon to both Telkom and SA society.”

Although Solidarity welcomed the deal, it would closely monitor its potential effect on jobs. “Solidarity will still keep a close watch on the developments, as there is always a risk of job losses when a company adapts its management style and/or upgrades its equipment.”

The deal still needs the approval of government and SA regulatory bodies. When the deal was announced in October last year, the Communication Workers Union and trade union federation Cosatu condemned it, saying it could lead to job losses and worse service for the poor.  — Sapa