Apple’s growth story is over Even if Apple’s next iPhone proves to be a hit, it may seem like a letdown.

The company’s stock price and valuation have been on a tear this year as investors look past the company’s transformation into a highly profitable but slow-growing leviathan.

Shares have climbed 27%, outpacing most of the other technology superpowers, thanks to unshakable optimism about a sales rebound coming from the next versions of the iPhone.

That’s the hope and this is the reality: Apple’s growth rate is still anaemic by the company’s standards, especially from the iPhone business that generates about two-thirds of its revenue.

Total revenue rose 4,6% in the three months ended 1 April from a year earlier, Apple disclosed on Tuesday. That’s amazing for a company of Apple’s size, but not the impossible-to-believe growth machine of past years. The number of iPhones sold dipped 0,8%. That’s not good.

The belief is no matter what happens in Apple’s business in the next few months, it will be a prelude to a pickup in sales from a drastic makeover coming to Apple’s product line-up for the 10th anniversary of the iPhone. But a lot can go wrong with the hopes for an iPhone sales comeback starting in late 2017. People are opting to hold onto their existing smartphones for longer, and a higher percentage of people buying iPhones in the US have been opting for older or cheaper models than they did in the past.

China is expected to be the biggest spot of iPhone sales growth, but a purchase spike there is no sure thing, either. Compared with the cycle of blockbuster iPhone sales in China starting in late 2014, Apple has more competition now from local companies that also sell feature-rich smartphones. Apple’s revenue from “greater China” — China, Hong Kong and Taiwan — fell for the fifth consecutive quarter. That’s not a great setup for a China revival.

And there’s a risk that hopes of an iPhone growth rebound have gone too far. For the first time in years, Apple’s stock no longer looks like a bargain. The company’s multiple of forward earnings is the highest it has been since late 2014 and early 2015, when it was clear that the much-hyped debut of Apple’s first larger-screen phone models were a surefire hit. 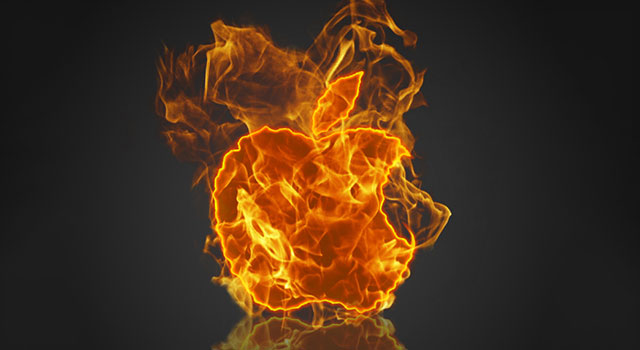 It’s hard to imagine a repeat of that iPhone 6 sales bounce, and indeed even the most optimistic Apple loyalists are not expecting a return to anything like that growth tear. In Apple’s 2015 fiscal year, the first full year of iPhone 6 sales, the number of iPhones sold climbed by 62m, or 37%. On average, analysts who track Apple are expecting iPhone sales to increase by about 19m units, or a 9% gain, in the fiscal year that will end in September 2018, according to a UBS analysis of Wall Street estimates.

The good news for Apple is it doesn’t have to persuade many of its loyalists to trade up to newer models. About 500m-600m iPhones are out there in the world, according to Mizuho estimates. If just 4% of those iPhone owners opt for a new model, that translates into at least 20m new phones sold. The company is also finding ways to squeeze the iPhone sales price even higher, which can help Apple’s bottom line even as it becomes more difficult to persuade more people to pony up for a new model.

The best advice, though, is to get used to Apple’s less-turbocharged future. The iPhone has run out of growth, and it’s not clear that driverless cars, streaming videos or anything else can fully pick up the slack. Still, Apple generates more profits than any other company, and it is swimming in cash. The company said on Tuesday that it was on track to return $300bn in cash to stockholders by the end of March 2019. Even with the recent stock run-up, Apple barely trades like a growth stock.

That is more than fine. But don’t let hopes of a mythic return to anything like the good old days obscure the reality of a bright and shiny Apple.  — (c) 2017 Bloomberg LP