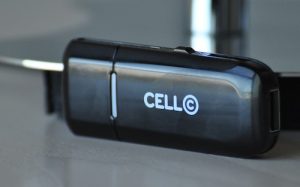 Cell C has cut the cost of cellular data access to less than 3c/MB as part of a new prepaid Internet promotion, the mobile network operator said on Thursday.

The new promotion, which takes effect on 6 December and runs until 28 February 2013, offers a Sim card loaded with 100GB of data that can be consumed over a 365-day period after the Sim is activated. The Cell C Sim and data costs R2 499.

The most comparable product from rivals is 8ta’s “60GB+60GB” promotion, which offers 60GB of peak-time data and 60GB for use between 11pm and 5am, when the Telkom-owned network operator’s network is quieter. The 8ta product costs R1 800 once off.

If customers use up the 100GB, they can load an additional bundle, but this will be charged at a higher rate of 15c/MB. National roaming on Vodacom’s network does not apply, meaning users will have to ensure they are in Cell C’s 3G coverage areas to use the product.  — (c) 2012 NewsCentral Media