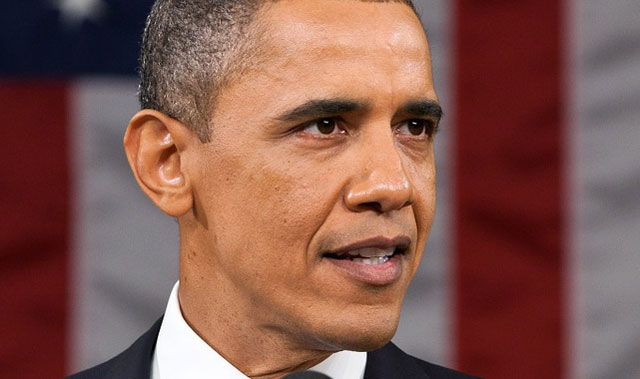 US President Barack Obama on Tuesday commuted the 35-year sentence of Chelsea Manning, the former army intelligence analyst who was convicted of leaking classified material, and pardoned marine-general James Cartwright.

Manning, who was convicted in 2013, will be released in May 2017. Cartwright, the former vice chairman of the US Joint Chiefs of Staff, pleaded guilty in October to lying to the FBI in connection with a leak investigation. The retired general will have his crime forgiven, according to a statement from the White House.

The move was part of a push of pardons and commutations in the closing days of the administration, and Obama has now shortened the sentences of 1 385 federal inmates, more than any other president. The vast majority of 209 commutations and 64 pardons issued on Tuesday were for drug offences.

“These 273 individuals learned that our nation is a forgiving nation, where hard work and a commitment to rehabilitation can lead to a second chance, and where wrongs from the past will not deprive an individual of the opportunity to move forward,” White House counsel Neil Eggleston said in a blog post.

Manning was arrested in 2010 after leaking 700 000 military files and diplomatic cables to WikiLeaks, and her sentence exceeded that received by other individuals recently convicted of releasing classified material. Born Bradley Manning, she has twice attempted to commit suicide while incarcerated, and went on a hunger strike in an effort to force the army to allow her to undertake gender reassignment surgery.

Two separate leaks by Manning and by former National Security Agency contractor Edward Snowden during Obama’s presidency together were among the largest thefts and releases of US government secrets in history.

The American Civil Liberties Union and Amnesty International, which has alleged that Manning has been mistreated in prison, applauded her commutation. Senator Tom Cotton, an Arkansas Republican, criticised the decision.

“When I was leading soldiers in Afghanistan, Private Manning was undermining us by leaking hundreds of thousands of classified documents to WikiLeaks,” Cotton said in a statement. “I don’t understand why the president would feel special compassion for someone who endangered the lives of our troops, diplomats, intelligence officers and allies. We ought not treat a traitor like a martyr.”

A commutation shortens a convict’s sentence, but unlike a pardon, does not forgive the crime. Cartwright was convicted of making false statements to federal investigators as they probed whether he leaked details of a cyberattack on Iran’s nuclear programme. Prosecutors have requested a two-year prison sentence. Cartwright, who was the military’s second-ranking officer before his retirement in 2011, admitted to falsely telling investigators he didn’t confirm classified information to a reporter writing about the Stuxnet computer worm used in the cyberattack.

Snowden, who leaked his cache of documents detailing US intelligence efforts around the same time as Manning’s crime, advocated for her clemency.

“Mr President, if you grant only one act of clemency as you exit the White House, please: free Chelsea Manning,” Snowden tweeted. “You alone can save her life.”

And WikiLeaks, which was the beneficiary of Manning’s crime, said on 12 January that its founder Julian Assange would agree to extradition to the US if Obama commuted Manning’s sentence. The site did not immediately respond to a message sent to it via Twitter on Tuesday.

Obama accelerated the use of his clemency power over his final years in office, focusing primarily on reversing decades of drug-war punishments.

Former San Francisco Giants baseball player Willie McCovey was pardoned on Tuesday for a 1996 conviction for filing a false income tax return. Obama also commuted the 55-year prison term for Oscar Lopez, a Puerto Rican nationalist sentenced in 1981 for seditious conspiracy and firearms and explosives charges, among other crimes.

Ian Schrager, a co-founder of the disco-era New York nightclub Studio 54 and co-founder and chairman and chief executive of boutique hotelier Morgans Hotel Group, was pardoned for tax evasion in 1977 and 1978, for which he was sentenced to 20 months in prison in 1980.

Obama also commuted the death sentence of former Army private Dwight Loving to life in prison without the possibility of parole. Loving was court-martialed and convicted in 1989 after killing and robbing two taxi drivers and attempting to murder a third.  — (c) 2017 Bloomberg LP