Gaming year begins with a bang

October and November are traditionally the cruellest months for gamers’ wallets, but the first quarter of 2010 is as jam-packed with big releases as any festive season in recent memory.

From low-key sleepers like the apocalyptic Zelda/God of War mash-up, Darksiders, to macho, fist-pumping shooters in the mould of Electronic Arts’ (EA’s) Army of Two: the 40th Day, there’s no shortage of games competing for your cash in the first few months of the year.

Here are TechCentral entertainment critic Lance Harris’s picks of the games to be released between January and March: Rebellion Developments had a dismal 2009, delivering two of the year’s worst games in the form of Rogue Warrior and Shellshock 2: Blood Trails. But the studio was responsible for the atmospheric 1999 first-person shooter (FPS), Aliens vs Predator, which offers some hope for its return to the franchise with a new game it is developing for Sega. Like the earlier PC classic, the game will offer interlocking single-player campaigns for each race (alien, predator and marine) as well as a selection of multiplayer modes. EA’s Bad Company turned out to be big hit on the PS3 and Xbox 360 in 2008, making a sequel inevitable. The new game will also come out on PC, with EA trumpeting its support for dedicated servers in a bid to win over Call of Duty fans angered by the loss of that feature in the last Call of Duty game.

Just like its predecessor, the game will feature a single-player campaign with a refreshingly tongue-in-cheek story. But the main attraction of the game will lie in its deep yet accessible team-based multiplayer modes, featuring an array of maps, weapons, vehicle, and gameplay modes. Destructible environments — a big selling point of the first game — will form a major part of the gameplay once again. Gaming sites are already hailing Bayonetta from Platinum Games as an early contender for 2010’s game of the year and as one of the best action games of all time. Directed by Hideki Kamiya, the designer and director of Devil May Cry and Viewtiful Joe, Bayonetta is a hyperkinetic blend of hack ‘n slash combat and gunplay that will feel immediately familiar to anyone who has played a Devil May Cry game before.

Chaotic, challenging and over-the-top to the point of silliness (the lead character is a long-legged, lollipop-licking witch with guns strapped to her feet), Bayonetta is a hardcore gamer’s game. Gamers who have the choice are advised to go for the 360 version. The PS3 version reportedly suffers frame-rate slowdowns and atrocious loading times that put a dampener on the experience. Bioshock received widespread critical acclaim for its emergent gameplay, art deco-inspired visuals, narrative sophistication, and atmospheric evocation of a crumbling, undersea dystopia. The sequel returns to the Ayn Rand-inspired city of Rapture, but without the guiding hand of Bioshock’s designer, Ken Levine. Many fans of the original are concerned that it won’t live up to the lofty benchmark set by its predecessor — but at worst, the game should be a competent and enjoyable big budget FPS.

The launch of a new game in the long-running Final Fantasy series is always a major event, especially in Japan. Final Fantasy XIII has sold about 2m copies since its December release in Japan, helping to shift hundreds of thousands of PlayStation 3 consoles in the process.

Fans of Japanese role-playing games already know what to expect from this one: plenty of turn-based combat; androgynous, spiky-haired protagonists; and a convoluted, emo story told through long but gorgeously rendered cinematics. The game has taken some flack for being too linear from some quarters. 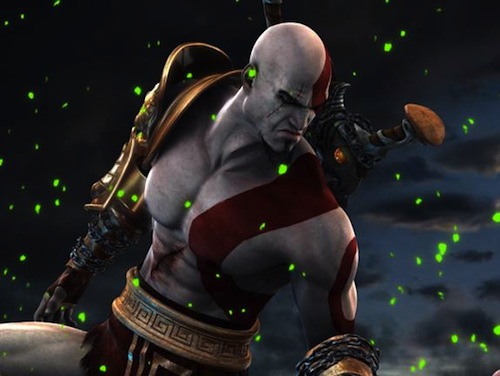 God of War 3 is the first PS3 adventure for Kratos, the surly Spartan warrior with a grudge against the ancient Greek gods of Olympus. The game is likely to be a showcase for the PS3’s graphical capabilities, boasting massive, lavishly detailed environments and slick character animations.

It will feature the same blend of hack ‘n slash combat, platforming and puzzle-solving as its predecessors. Like previous games in the series, God of War 3 is likely to be packed with spectacle, violence and jaw-dropping set-pieces. Xbox 360-only gamers might want to look at Dante’s Inferno, a blatant God of War clone from EA, as a substitute.

Heavy Rain, one of the few games on this list that isn’t a sequel or a remake, promises to be one of the most unusual and interesting games of the year. Developed by French games studio, Quantic Dream, Heavy Rain is an exclusive adventure game for the PS3 that aims to expand the emotional palette of computer gaming.

Heavy Rain is expected to offer similar gameplay to Quantic’s Fahrenheit but without the daft supernatural twist that ruined that game. It’s described as a mature noir thriller. In practice, gameplay will comprise a mix of navigating dialogue trees, negotiating quick-time events (following on-screen prompts to press buttons during cinematics) and solving puzzles. Expect the game to be polarising among critics and gamers alike.

Bioware, arguably the world’s greatest Western role-playing game developer, promises that the middle part of its space-opera trilogy will be as dark and emotional as the second Star Wars movie, The Empire Strikes Back.

The game should offer everything that role-playing fans have come to expect from Bioware — memorable characters, slick gameplay, an engaging narrative and enough content to keep you busy for dozens of hours. Bioware is also fixing the few flaws of the first game, such as the long loading times and the dull side quests. Shattered Memories is a reimagining of Silent Hill, the PlayStation 1 classic that was the first game in the venerable survival horror series. Already out in the US, the game has received mixed reviews, though many critics have said that it’s the freshest Silent Hill game in years.

It strips out the combat of previous Silent Hill games in favour of a focus on puzzle-solving, narrative and running away from the monsters. The Wii version makes extensive use of the Wiimote’s motion controls to add a new dimension to the gameplay.

Sam Fisher’s new adventure finally arrives next month after a long development cycle that saw the game’s release date delayed a number of times. It’s a sequel to Splinter Cell: Double Agent, which was developed by Ubisoft’s Shanghai studio and received lukewarm reviews. Conviction is widely expected to be a return to form, since it is developed by Ubisoft Montreal, the studio that has delivered the best games in the series.

The game features discrete single-player and cooperative campaigns, as well as a set of multiplayer modes. In contrast to the slow and deliberate stealth combat of earlier Splinter Cell games, Conviction appears to favour a faster style of gameplay reminiscent of Batman: Arkham Asylum.