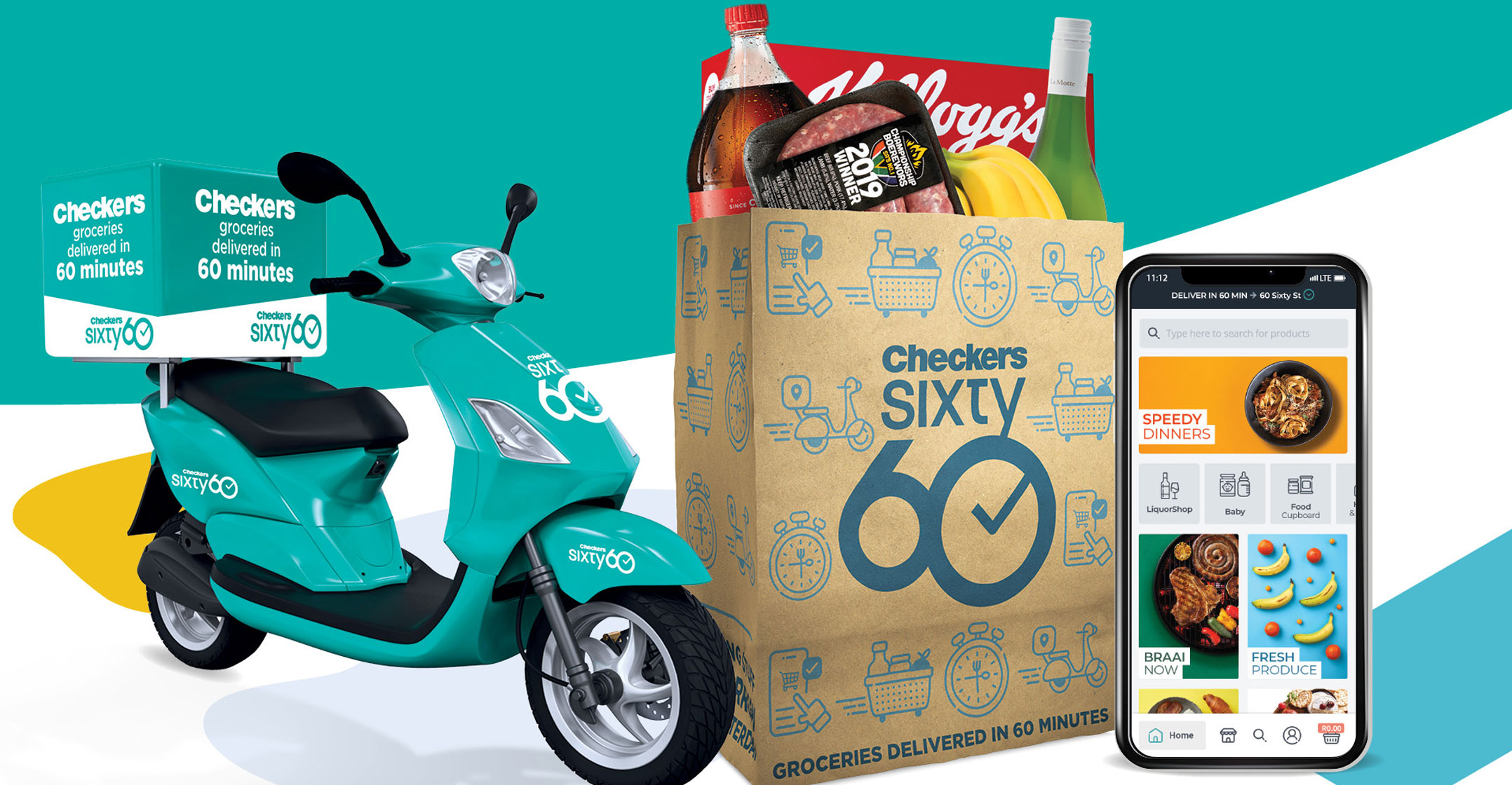 Panic buying across neighbourhoods in Gauteng has seen popular grocery delivery services such as Checkers Sixty60 and Bottles by Pick n Pay buckle under the load.

Orders for both services were still being picked and processed at stores throughout Wednesday, which suggests that they were overwhelmed with orders early in the morning (or late on Tuesday night).

One may be tempted to describe this as a “rich people problem”, but given the predictability of these services, their low cost, and their convenience, they have become incredibly popular across the country.

To some, who may be confined to their homes due to isolating or other medical reasons, these delivery services are a lifeline

To some, who may be confined to their homes due to isolating or other medical reasons, or who unable to get to a store, these delivery services are a lifeline.

Following Sixty60’s modest launch in November 2019, the service has been aggressively rolled out. Ahead of this week’s unrest, the service was available from over 150 stores across the country. Industry sources suggested a month or two ago that Sixty60 was delivering 10 000 orders a day.

Well before lunchtime on Wednesday, Sixty60 displayed a “currently closed” message for multiple addresses checked in the broader Johannesburg area.

In areas affected by unrest and looting (and those nearby), the service displays a message saying it is “temporarily closed”. In a message to some customers, Checkers said: “Johannesburg stores have reached capacity and orders will only be delivered tomorrow.”

Errors and failures on Pick n Pay’s Bottles app are less graceful, with conflicting messages. Some delivery slots appeared to be available on Wednesday afternoon across much of Johannesburg.

Its online shopping site was, however, having problems with some orders for delivery in Johannesburg proceeding to checkout. It is not clear whether this was affecting shoppers broadly or only in specific areas. Its Click and Collect service had slots available for Friday at Johannesburg stores.

Woolworths’ online grocery delivery service provided the next available timeslot in one Johannesburg suburb as Monday, 19 July. In some Gauteng areas tested, though, this is as far out as Saturday, 24 July.  It says customers in affected areas will, unfortunately, find that:

OneCart, which is an independent provider that picks and fulfils orders at partner stores (including some Pick n Pay outlets), has also been swamped by demand. At lunchtime on Wednesday, its next delivery timeslot in the Sandton area was Thursday morning.

Dis-Chem suspended its on-demand DeliverD service in Gauteng and KwaZulu-Natal earlier this week.

Staffing levels at stores have been affected. Some employees have not been able to travel to work safely

The problem is not just excessive demand, however. Staffing levels at stores have been affected. Some employees have not been able to travel to work safely. This affects operations throughout the store, with fewer staff available to fill cashier posts, restock shelves and pick delivery orders.

In some instances, staff from stores affected by looting have been seconded to other stores that are trading. This appears to be the exception, with most stores trading with noticeably fewer staff. Woolworths has notices at some stores apologising for inconvenience or for some services not being available due to lower staffing levels.

Couple this with far higher demand than normal – as shoppers attempt to stock up with the prospect of food shortages looming – and supermarket retail operations are very stretched.

The supply chain in Gauteng has not anticipated this spike and shelves are beginning to empty out on a daily basis, much like the situation at the start of the initial Covid-19 lockdown last year.

This is particularly pronounced in smaller convenience stores that don’t keep a large amount of replacement stock on hand. This is not yet the result of the disruption to the vital N3 link with Durban, although those risks are real if the route remains closed for much longer. This sharp spike in buying across the province means the fulfilment part of the equation with apps like Sixty60 and Bottles becomes an increasing challenge. The decentralised distribution model that these apps are built on, where orders are fulfilled at store level, means that stock shortages in stores will impact on orders. This means orders could be placed but the items won’t arrive as even replacements may not be available.

It will take some time for the overall panic buying situation to normalise, and one source in the sector says retailers are entirely focused on keeping their doors open, their shelves stocked and employees safe.

The damage to the local supply chain in the short term will take some time to fix, but there remain huge unanswered questions about what the damage the unrest and seemingly targeted looting and destruction of large warehouses in Durban will mean for supply beyond the next few weeks.

In urban KwaZulu-Natal, there are no grocery deliveries at all. Most national chain stores that have not been looted are shut. Very few stores are selling essential goods, and those that are will be selling their stock with no prospect of much of it being replenished soon.