The policy called for, among other things, the removal of policies that constrain competition and the roll-out of broadband. It singled out service-based competition, wholesale access, and coordinated build policies as key components.

Recognising the importance of effective implementation, a regulator equipped with the capacity and competence to carry out the job was emphasised. Did we make progress in 2014? Let’s take a look.

A number of amendments eliminated anomalies that existing in the previous legislation. Other positive aspects included:

— The obligation placed on communications regulator Icasa that when it makes regulations and issues licences, it must set out penalties and remedies that are appropriate for the offence of contravening regulations and licence conditions.

— The obligations that Icasa’s council meet at least once a month, and that minutes are published on Icasa’s website (although it does not appear that this practice has been put in place).

Unfortunately, however, the regulations setting out the procedures for transfers have not been amended to apply also to transfers of control. This will probably have to be done prior to Icasa deciding whether to approve, for example, the proposed purchase of Neotel by Vodacom.

And in a new twist, Icasa issued a warning that transfer applications will not be approved that do not have 30% equity ownership by historically disadvantaged groups. Whether this applies to transfers of control remains open to debate. Negotiating rights of way
The amendments to the Electronic Communications Act regarding rights of way place deadlines on the obligations of the minister of telecoms and postal services to issue policy and policy directions and Icasa to make regulations. The minister’s deadline is 12 months, which is 21 May 2015. Icasa’s deadline is 18 months, which is 21 November 2015. If these deadlines are met, the policy and regulations should clarify the relative rights of licensees and land owners, resulting in processes that are more fair and transparent.

Disputes are currently being settled by the courts without regard to wholesale access or coordinated build policies emphasised in the broadband policy.

Ex ante (before the fact) competition regulation
A group of amendments to the Electronic Communications Act go some way to clarifying the provisions requiring Icasa to prescribe regulations regarding market power and the imposition of pro-competitive licence terms and conditions — something the authority has been unable to do under the previously cumbersome legislative provisions.

The not so good

Licensing
The following non-substantive language was deleted from the individual licensing provisions: “In consideration of the implementation of the managed liberalisation policies”. However, the substantive provision — that the minister must first issue a policy direction before Icasa may invite, accept and consider new individual electronic communications network services (ECNS) licences remains.

Therefore, the problem remains that the minister must issue a policy direction and Icasa must then issue an invitation to apply before any potential new entrant can even apply for a licence. Not only is this not good policy in 2014, it makes no sense in light of the court’s decisions in the Altech matter, which resulted in hundreds of individual licences being issued in the licence conversion process, negating the effectiveness of limiting the number of new entrants.

The Electronic Communications Act provisions regarding class licences were amended to specifically provide that more than one class licence may be awarded (curious, because it was not previously prohibited). On the other hand, a provision was inserted indicating that the class licences awarded to one entity may not collectively assume the scope or coverage of an individual licence, which, in the case of the ECNS licence, is geographic in scope.

So, for example, an entity may not obtain ECNS class licences that would collectively encompass one entire province.

It is, however, difficult to see how this provision applies to electronic communications services (ECS) licences (as opposed to ECNS licences) because what distinguishes an individual licence is that it can provide voice using numbers allocated to it by Icasa.

However, just in case there was not enough confusion, the following additional category of class licences was inserted: “Electronic communications services of district municipality or local municipal scope operated for commercial purposes.” So, now, if a licensee wants to provide an ECS nationally, but not with numbers obtained from Icasa, what licence is required — an individual licence (which appears might be the case now) or a class licence (which was definitely the case before the amendment)?

An open and transparent licensing regime can be really easy to get right. Instead, we have managed to make ours more obscure and closed in 2014.

Ex post (after the fact) competition regulation
Without much notice, the provisions in the Electronic Communications Act empowering Icasa to consider complaints of anticompetitive conduct by licensees have been deleted, leaving this essential task solely to the competition authorities to be decided in terms of the Competition Act without regard to the nuances set out in telecoms legislation.

Now might be a good time for Icasa to finalise essential facilities regulations, which were published for comment in 2007. 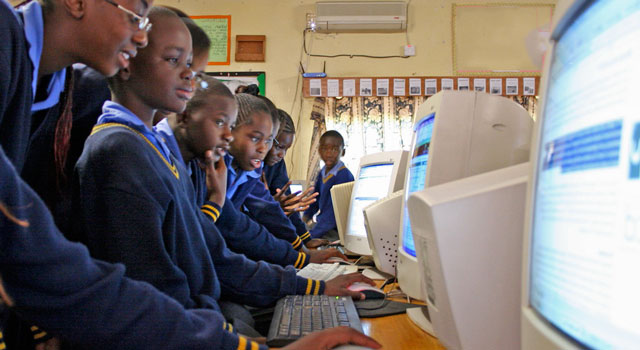 E-rate
The 50% discount afforded to public schools in terms of the Electronic Communications Act was extended to all public health establishments, independent schools, public and private colleges, and private further education and training institutions.

The real difficulty, however, has not been addressed. Just how do institutions get access to the discounts? Current regulations do not answer this question. Amended regulations will be necessary to give effect to these expanded e-rate provisions.

Exactly how Icasa (or for that matter, the MDDA) helps further the goals stated was not at first (or now) apparent.

The confusion could be cleared up by a full audit of all legislation previously administered by the previous ministry of communications. A more nuanced reallocation of legislative provisions could then be done. However, the inherent difficulty of giving responsibility over a converged ICT industry to two separate ministers remains.

Also, not unsurprisingly, Icasa dropped the severity of the asymmetry when it published new call termination regulations in October 2014.

So, what does this tell us? Firstly, Icasa’s capacity and competence to carry out its mandate is not sufficient. Secondly, dominant players will take Icasa to court (or threaten to take it to court) if it makes a decision that they do not like (negatively affects profits), thereby taking advantage of its capacity and competency shortfalls. Icasa, in turn, becomes more reluctant to make bold and necessary regulatory moves.

— Value chain analysis (to identify where along the value chain, there is ineffective competition leading to regulatory interventions)

Although Icasa promised regulations to be finalised by April 2014, apart from requests for information from licensees, it has been silent.

Icasa published revised draft Bitstream and shared/full-loop regulations in September 2013, and then an explanatory note three months later. Hearings to be held in February 2014 were cancelled. A workshop was held in March 2014. No regulations have been made.

In the cost-to-communicate Programme, Icasa stated that it has finalised the market inquiry and that it will initiate a regulation-making proceeding in respect of broadcasting wholesale transmission services. More than fifteen months later, without explanation, Icasa withdrew its inquiry findings, but has not made regulations.

The broadband policy makes assumptions that more universal connectivity is good and that lower prices are good. Are we making progress towards these goals? It seems that if we want to make progress, we need to identify the key regulatory issues — wholesale access, access to unbundled facilities, coordinated build and facilities sharing — and get them right. What’s needed is something like what Icasa did with call termination regulations (minus the court battle).

Instead, we keep re-imagining the policy and legislative framework without ever getting around to effective implementation. Don’t get me wrong, I think we do need to reimagine the regulatory framework from time to time. And now is a good time to do that. But we also have to regulate the hard issues. We have to get serious about giving the regulator the capacity to do that. And then get out of the way and let them do it.

There has been a flurry of inactivity (and intermittent activity) in 2014. But are our citizens, communities and country better off than they were a year ago? Or can we do better?