You are at:Home»Author: Lance Harris (Page 5) Guardians of the Galaxy: footloose and fancy-free

Based on a relatively obscure crew of characters in the Marvel comic book universe and made for a reputed budget of US$170m, Guardians of the Galaxy qualifies as a brave bet in today’s world of blockbuster film-making. It’s an exuberant B-movie with A-scale production values; a goofy cosmic adventure that disarms cynicism through Though it’s not directly based on a videogame, the new Tom Cruise vehicle Edge of Tomorrow nails the aesthetics and feel of one more accurately than any film to come before it. It’s a variant on the Normandy landing level so favoured by designers of first-person shooters, but handled with enough Forget the powers of Marvel’s mutated superheroes in X-Men: Days of Future Past. The most astonishing feat in the film is the effortless way that director Bryan Singer juggles a massive ensemble cast, races across multiple cities and countries, and zigzags between two timelines Godzilla’s roar is bigger than its bite

In the 2014 reboot of Godzilla, the venerable giant lizard battles mutos (or Massive Unidentified Terrestrial Organisms) while the script’s somber tone wages war with the ridiculousness of its underlying premise. In both clashes, the human characters seem to be there mostly as spectators who run, scream and open their eyes in widened terror With Ain’t Them Bodies Saints, director David Lowery set out to create a film that would make the audience “feel like they’ve just heard an old folk song that they’d never heard before”. The notes of his ballad of doomed love are as stirringly familiar as he had hoped — yet they’re arranged and performed in a way that makes them feel utterly Following last year’s entertaining but somewhat rote Thor: The Dark World and Iron Man 3, Marvel has kicked off 2014’s annual blockbuster season with one of its best pictures to date. Captain America: The Winter Soldier is a witty, snappily paced hybrid of spy thriller and comic book mayhem. The sequel to Captain America It’s taken nearly eight years, but at last we have a sequel to Zack Snyder’s 300, just in case anyone was asking for such a thing. Co-written and produced by Snyder, and directed by green hand Noam Murro, 300: Rise of an Empire is a timid and forgettable follow-up 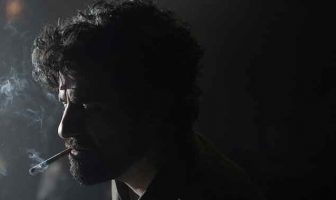 Joel and Ethan Coen make films that should be too odd and oblique for the mainstream, reaping piles of awards, rave reviews and a measure of commercial success in return. The brothers’ latest film – the circuitous, downbeat Inside Llewyn Davis – spares a From thrilling science-fiction sagas to revisionist Westerns and taut political thrillers, 2013 had plenty to offer at the movies. This list of the pick of the year is based only on South African cinematic releases for 2013 and excludes films that have not yet been released here We’ve launched into a new console generation, but the older Xbox 360 and PlayStation 3 are bowing out with games of such quality and diversity that you could happily play their back catalogues for another year before you get bored. Meanwhile, the struggling Wii-U is slowly building out a respectable list of titles, the mobile