Why Telkom has it all wrong 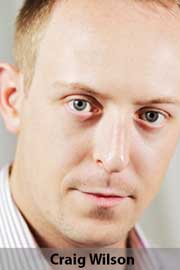 Telkom’s new initiative to encourage individuals, companies, universities and others to come up with innovative ways it can increase the uptake of fixed-line broadband sends a peculiar message.

On one hand, it shows that Telkom acknowledges the importance of increasing broadband penetration in South Africa, which is good for both its bottom line and the development of the country’s knowledge economy.

But on the other hand, it suggests the company has run out of ideas and is intent on maintaining the status quo on the fees it charges consumers and Internet service providers (ISPs).

So, the operator is trying to encourage the uptake of broadband by using that same broadband as the carrot. There’s something distinctly desperate about that.

Telkom’s critics argue there are far easier ways to grow broadband: by dropping its prices, by selling telephony and Internet access as separate services, and by reducing wholesale costs so that ISP partners can help drive this growth.

Even those who can afford a Telkom fixed line often choose the convenience and perceived affordability of mobile solutions instead. And that’s at the top end of the market. The lower end simply never considers a fixed service an option. Given South Africa’s economic disparities, Telkom either needs to change that, or resign itself to a limited market.

The latter approach doesn’t make sense. Economies of scale mean more users and lower average costs to service each of them.

Yet Telkom continues to increase its line rental fees every year, leading to more people leaving its network for mobile alternatives. The company is behaving like a deer staring into the headlights of an oncoming truck, unable to get out of the way.

All the while, the mobile operators — whose data services give consumers a compelling alternative — continue to drop their rates because of intense competition.

Telkom’s fixed-line numbers are alarming. In March 2013, the number of lines in service had fallen to just 3,8m, down by 200 000 in one year. It’s been two decades since South Africa last saw penetration figures that low.

The company claims that almost all of its exchanges are capable of providing DSL, which suggests it’s paying to maintain a network that’s grossly underutilised.

Similarly, Telkom has far more lines available than are in commercial service. It’s hard to think of a solution other than price cuts that could encourage those who’ve forsaken fixed services to embrace them again.

In 2012, Telkom had 191 lines in service per employee. A year later, that figure had dropped to 179. It only has one option given that it can’t lay off a big chunk of its workforce: it needs to sell more services.

Earlier this month, Telkom effectively cut the wholesale rate it charges ISPs who sell capacity on its DSL network by announcing it will provide them with an additional 5% capacity at no extra cost from the beginning of October. That’s a small start, but it’s not nearly enough. To be fair, Telkom has made many of the right noises in the recent past. Group CEO Sipho Maseko apologised to the Independent Communications Authority of South Africa for its past adversarial approach, it’s begun rolling out infrastructure that will offer consumers higher-speed connections, and it’s indicated it understands the urgency of a turnaround.

But it still needs to slash — not trim — broadband prices. Its network may be expensive to maintain, but an empty network is even more costly.

Rather than appealing to people to help it come up with innovative ways of growing demand for broadband, Telkom needs to shine a spotlight on itself and realise that the biggest inhibitor to more widespread adoption of the fixed-line network is its high prices that are out of whack with what consumers pay elsewhere in the world.  — (c) 2013 NewsCentral Media