Here comes the next iPhone 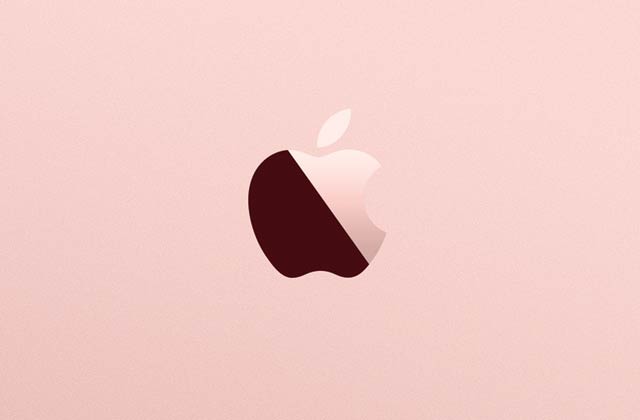 Ten years after Steve Jobs held up the original iPhone to a gushing San Francisco crowd, Apple is planning its most extensive iPhone lineup to date.

Apple is preparing three iPhones for launch as soon as this fall, including upgraded versions of the current two iPhone models and a new top-of-the-line handset with an overhauled look, according to people familiar with the matter.

For the redesigned phone, Apple is testing a new type of screen, curved glass and stainless steel materials, and more advanced cameras, the people said.

Those anxiously awaiting the redesigned iPhone, however, may have to wait because supply constraints could mean the device isn’t readily available until one or two months after the typical autumn (South African spring) introduction.

The iPhone is Apple’s most important product, representing about two-thirds of sales. It also leads customers to buy other Apple devices like the iPad and Apple Watch, and serves as a home for lucrative services like the App Store.

For the premium model, Apple is testing a screen that covers almost the entire front of the device, according to people familiar with the matter. That results in a display slightly larger than that of the iPhone 7 Plus but an overall size closer to the iPhone 7, the people said.

Apple is also aiming to reduce the overall size of the handset by integrating the home button into the screen itself via software in a similar manner to Samsung’s S8, the people said.

The overhauled iPhone will use an organic light-emitting diode display that more accurately shows colours, while the other two phones will continue to use liquid crystal display technology and come in the same 4,7-inch and 5,5-inch screen sizes as last year’s iPhone 7 and iPhone 7 Plus, according to people familiar with the matter. Apple’s iPhone feature and design plans are still in flux and can change, they added. The people asked not to be identified discussing Apple’s private testing and design plans.

Because of its early lead in the mobile OLED display space, Samsung will enjoy a rare upper hand in this year’s high-end smartphone contest

For its redesigned phone, Apple has tested multiple prototypes with manufacturing partners in Asia, including some versions that use curved glass and stainless steel, according to one of the people.

One of the latest prototype designs includes symmetrical, slightly curved glass on the front and the back. The curves are similar in shape to those on the front of the iPhone 7. The new OLED screen itself is flat, while the cover glass curves into a steel frame. The design is similar conceptually to the iPhone 4 from 2010. An earlier prototype design had a thinner steel band, leaving more noticeable curved glass on the sides.

Apple also tested a more ambitious prototype with the same slightly curved front and steel frame, but a glass back with more dramatic curves on the top and bottom like the original iPhone design from 2007, one of the people said.

Apple suppliers have so far struggled to reliably produce heavily curved glass in mass quantities, so the company is more likely to ship the version with more subdued curves, the person added. The company is also testing a simpler design that has an aluminum back, rather than a glass one, and slightly larger dimensions, one of the people said.

Because of its early lead in the mobile OLED display space, Samsung will enjoy a rare upper hand in this year’s high-end smartphone contest. At launch, Apple will exclusively use Samsung Display OLED panels for the redesigned iPhone, as other suppliers won’t be ready to supply mass quantities until later, Bloomberg News reported last year.

Apple has ordered around 100m panels from Samsung, the people said. “This [northern hemisphere autumn], it would be three years since we had a remarkable shift in iPhone hardware. This raises expectations for this year’s phone having a material change in functionality and look,” said Gene Munster, co-founder of Loup Ventures and a veteran Apple analyst. “The Samsung Galaxy S8 raises the bar for Apple to hit a home run.”

Apple has also experimented with integrating the iPhone’s fingerprint scanner into the screen of the OLED version, which would be technically challenging, the people said. It’s currently unclear if that feature will make it into the final product. Samsung also tried this approach for the S8, but ended up installing a more standard fingerprint reader on the back of its phone due to the challenges, another person said.

Significant camera changes are also in testing for Apple’s overhauled iPhone. For the back of the phone, Apple is testing versions of the phone with the dual-camera system positioned vertically, instead of horizontally like on the iPhone 7 Plus, which could result in improved photos, according to people familiar with the matter. Some prototypes in testing continue to include the slight camera bump found on current iPhones, rather than having them flush with the back surface, the people said.

For the front-camera, Apple is testing dual lenses, one of the people said. The current iPhone 7 and 7 Plus have single front cameras. As it has done in the past, Apple is using camera components from Sony, the person added. Apple has explored adding augmented reality-based features and depth-of-field enhancements to its iPhone camera system, Bloomberg News reported earlier this year. Company engineers in the past have also experimented with integrating cameras into screens, another person said.

All the new iPhones will run iOS 11, a mobile operating system that will include a refreshed user interface and will be announced in June at the company’s annual conference for developers, according to a person familiar with the matter.

Apple has been testing using faster processors based on a smaller 10nm production process for all three new models, a person familiar with Apple’s chip plans said. That’s down from 16nm for existing iPhones. The smaller processors are more efficient, allowing Apple to retain its battery life standards while adding more advanced features.