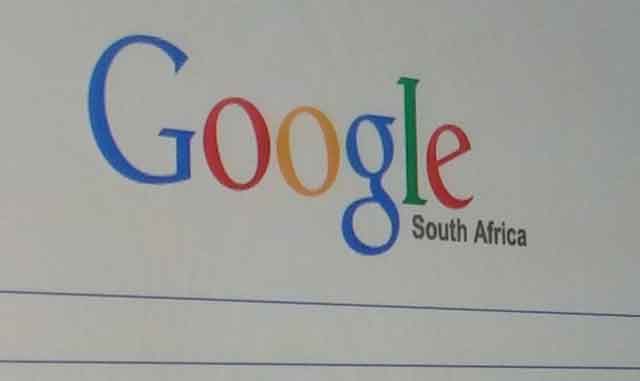 Google, the primary revenue driver for Alphabet, announced changes to its advertising policies after major brands pulled ads from the platform because they appeared alongside offensive content, such as videos promoting terrorism or anti-Semitism.

The US company said in a blog post on Friday that it would give clients more control over where their ads appear on both YouTube, the video-sharing service it owns, and the Google Display Network, which posts advertising to third-party websites.

The announcement came after the UK government and The Guardian newspaper pulled ads from the video site, stepping up pressure on YouTube to police content on its platform.

France’s Havas, the world’s sixth largest advertising and marketing company, pulled its UK clients’ ads from Google and YouTube on Friday after failing to get assurances from Google that the ads wouldn’t appear next to offensive material. Those clients include wireless carrier O2, Royal Mail, the BBC, Domino’s Pizza and Hyundai Kia, Havas said in a statement.

“Our position will remain until we are confident in the YouTube platform and Google Display Network’s ability to deliver the standards we and our clients expect,” said Paul Frampton, CEO and country manager for Havas Media Group UK.

Later, the parent company Havas said it would not take any action outside the UK, and called its UK unit’s decision “a temporary move”.

“The Havas Group will not be undertaking such measures on a global basis,” a Havas spokeswoman wrote in an e-mail. “We are working with Google to resolve the issues so that we can return to using this valuable platform in the UK.”

The decision to pull ads from Google followed a Times of London investigation that revealed ads from many large companies and the UK government appeared alongside content from the likes of white nationalist David Duke and pastor Steven Anderson, who praised the killing of 49 people in a gay nightclub.

Google made US$7,8bn in advertising revenue in the UK in 2016, accounting for 8,6% of the company’s total sales.

The boycott signals a growing backlash against so-called programmatic trading, which automates the buying and selling of advertising online, and social media providers that are seen to not be doing enough to tackle hate disseminated on their platforms.

Media-buying firms are also increasingly resentful of the power wielded by Google and Facebook, claiming the two companies operate a global duopoly over online advertising. The controversy about ads appearing in inappropriate contexts may give these media buyers leverage in negotiations with the social media giants.

Martin Sorrell, the founder and CEO of WPP, the global advertising firm, said in a statement that Google and Facebook have “the same responsibilities as any media company” and could not “masquerade” as mere technology platforms.

He said WPP’s GroupM, a major ad buyer, was talking to Google “at the highest levels to encourage them to find answers to these brand safety issues”.

Ronan Harris, Google’s UK MD, said in the blog post that Google removed nearly two billion offensive ads from its platforms last year and also blacklisted 100 000 publishers from the company’s AdSense programme. Despite this, Harris wrote, “we don’t always get it right.”

Harris said Google had “heard from our advertisers loud and clear that we can provide simpler, more robust ways to stop their ads from showing against controversial content”.

The company will now review its policies and said it would be making changes “in the coming weeks” to help customers stop their ads appearing on objectionable websites or against offensive videos, Harris said.

Ads appeared “next to extremist and hate-filled videos”, prompting Guardian News & Media to stop all advertising through YouTube parent Google, the British publisher said in an e-mailed statement on Friday. The UK government said it suspended advertising on YouTube until the site can ensure they’re not placed next to content it doesn’t approve of. “Google is responsible for ensuring the high standards applied to government advertising are adhered to and that adverts do not appear alongside inappropriate content,” the UK government said in an e-mailed statement. “We have placed a temporary restriction on our YouTube advertising pending reassurances from Google that government messages can be delivered in a safe and appropriate way.”

Britain’s government said it summoned Google for discussions to explain how it can guarantee the state’s demands are met, while on Tuesday Germany threatened to fine social networks such as Facebook as much as €50m if they fail to give users the option to complain about hate speech and fake news or refuse to remove illegal content.

British supermarket chain J Sainsbury, whose ads appeared on videos posted by the white nationalist Polish Defence League, said it and its sister brand Argos would immediately suspend all Google advertising. “It is unacceptable that Google is allowing our ads to be placed alongside these videos on YouTube,” the company said in an e-mailed statement. It said it was seeking “urgent assurances” from Google that the problems were being addressed.

The Guardian said it would be withdrawing its advertising until Google could provide guarantees that the ad misplacement wouldn’t happen in future.

“It is completely unacceptable that Google allows advertising for brands like the Guardian to appear next to extremist and hate-filled videos,” Guardian News & Media said.

L’Oreal, the cosmetics brand, said it was unaware that ads it was running in connection with the Prince’s Trust, a charity founded by Prince Charles that helps train disadvantaged young people for work, were appearing on YouTube channels associated with extremists.

“We are horrified that our campaign — which is the total antithesis of this extreme, negative content — could be seen in connection with them,” the company said in a statement. L’Oreal said it planned to work more closely with Google to make sure it didn’t happen again.  — (c) 2017 Bloomberg LP