Neotel to step up fibre roll-out 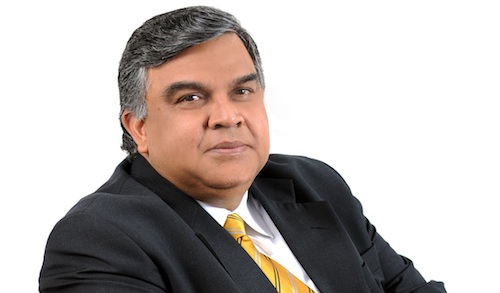 Neotel is stepping up its expansion programme, with a project that will see it deploying fibre-optic infrastructure to 300 buildings, including shopping centres and office blocks, this year.

At the same time, it plans to expand its Johannesburg data centre because of soaring demand from the corporate sector. The first phase of the Midrand facility, consisting of about 1 000sq m, is already sold out.

“The growth is continuing to happen, particularly in the last 100 days or so, and we have definitely seen signs of [economic] revival, especially in the enterprise space,” says Neotel CEO Ajay Pandey.

Pandey says the first phase of Neotel’s plan to deploy fibre into buildings will cost it between R150m and R200m. It won’t only bring fibre to the buildings, but will wire them up, too — in shopping centres, for example, fibre will be deployed to each retail outlet.

This investment comes on top of the company’s investment in national fibre backhaul and in metropolitan fibre loops. Pandey says Neotel’s fibre rings are already within 500m of most of its customers.

Of the 300 buildings targeted for roll-out this year, Neotel has already brought fibre to 125 of them, Pandey says. Because fibre is able to offer very high access speeds, he says the company is able to offer its clients a range of options, including high-speed connections not possible through older, copper-based networks.

He hopes next month’s introduction of individual fixed-line number portability, which will allow consumers and small businesses to switch networks without losing their telephone numbers, will encourage small and medium enterprises to take up the fibre option and migrate all their communication requirements to Neotel.

The fibre project is the first step in a plan to bring high-speed connections to businesses and residential customers across the country.

Next year, Pandey says, Neotel will begin running fibre into gated communities such as townhouse complexes. It has already begun some pilots in this regard. But, because of the high costs involved, there are no immediate plans to take fibre to individual homes. That may follow later, though.

In the corporate market, Pandey says Neotel is making strong headway against Telkom. It has taken business from the incumbent operator in the financial services industry, he says, but won’t say which companies it has signed up.

“There are one or two [financial services companies] where we have overtaken the incumbent, so it’s no longer a case of people trying us out. We have become the preferred supplier.”

And the deals are not only for basic connectivity, but for higher-margin offerings like managed services and data centre hosting, he says.

The rapid decline in bandwidth costs, especially for international connectivity, is resulting in companies doing more with their bandwidth, Pandey says. “They’re moving up the value chain.”

Evidence that demand is accelerating is that Neotel has sold out the capacity it bought on undersea cable Seacom. It’s now buying more. It’s also an investor in the new East Africa Submarine System (Eassy) and West African Cable System (Wacs) projects, both of which will come on stream in the next 15 months (Eassy in October and Wacs in mid-2011).

Also, with the first phase of its Johannesburg data centre sold out, Neotel, which is controlled by India’s Tata Communications, plans to double the size of the facility to cope with growing demand, Pandey says. The data centre was opened last year.  — Duncan McLeod, TechCentral