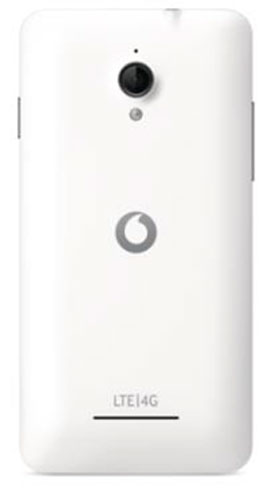 Vodacom is pitching its first properly low-cost 4G/LTE smartphone, the Smart 4 Turbo, in the hope it will enjoy the same success as its low-cost, own-branded 3G devices such as the Smart Kicka smartphone and the Smart Tab 3G tablet, which have sold 500 000 and 200 000 units respectively since their launch in the second half of last year.

The Smart 4 Turbo, which supports LTE download speeds of up to 150Mbit/s, will go on sale on Monday, 9 February for R1 499 through online and physical retail channels.

Running a recent version of Android, KitKat 4.4, the Smart 4 Turbo also supports 3G connections of up to 42,2Mbit/s for areas where Vodacom hasn’t yet deployed 4G infrastructure. The LTE bands supported are 800MHz, 1,8GHz and 2,6GHz. It’s the 1,8GHz band that Vodacom is using for now.

The Smart 4 Turbo has a 4,5-inch, 854×480-pixel display and supports the 802.11b/g/n variants of Wi-Fi. There’s support for Bluetooth 4.0 and near-field communication, and it has an integrated GPS and Bluetooth 4.0. The battery capacity is 1 880mAh. There are a numbers of sensors, including an accelerometer and a digital compass.

The device is powered by a Qualcomm MSM8928 processor and comes with 4GB of on-board storage — that’s not much, but it can be expanded by up to 32GB using a microSD card. The rear-facing camera has a 5-megapixel sensor, while the front-facing unit is a decidedly pedestrian 0,3-megapixel affair.  — (c) 2015 NewsCentral Media