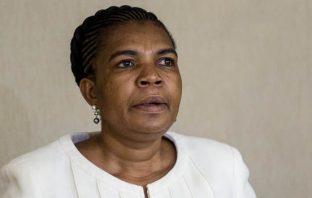 Fate of Pule lieutenants in the balance

A Public Service Commission probe will determine the fate of officials involved in an alleged cover-up involving former minister Dina Pule, communications minister Yunus Carrim said on Tuesday. Replying in writing to a parliamentary question from Congress of the Now, drama over SABC interim board

The decision to dissolve the embattled SABC board and appoint an interim board was bulldozed through parliament, opposition parties claimed in the national assembly on Tuesday. Speaking during a short debate in the house, Democratic Alliance MP Marian Shinn said the problems at the SABC, which led

The Congress of the People (Cope) has slammed the performance of former communications minister Siphiwe Nyanda, saying his extended “witch-hunts” had a disastrous impact on the department. Late last week, President Jacob Zuma

Public protector Thulisile Madonsela has cleared communications minister Siphiwe Nyanda of any misconduct. This followed two investigations into tenders awarded to a company Nyanda is allegedly linked to. “It is our hope that these findings put to rest the string of continued malicious allegations made against the minister by opposition parties with regard to what was perceived to be conflict of interest,” Nyanda’s spokesman Tiyani Rikhotso said on Wednesday evening.