The approaches include a turbofan jet with capacity for as many as 200 passengers — similar to its A321neo narrow-body — that can fly more than 2 000 nautical miles, according to a statement on Monday. It would be powered by a modified gas-turbine engine running on hydrogen.

The manufacturer also showed a design for a propeller plane which would seat about 100 passengers for smaller distances, and a flying-wing concept with 200 seats.

Airbus has already said it’s targeting the mid-2030s for the first emission-free commercial jet. It’s under pressure from the French and German governments, its biggest shareholders, to find environmental solutions after they pledged support for the plane maker and major airlines to get through the crisis caused by the coronavirus.

While there are different approaches, hydrogen is likely to be used in aerospace and other industries to meet climate-neutral targets, Airbus said.

“I strongly believe that the use of hydrogen — both in synthetic fuels and as a primary power source for commercial aircraft — has the potential to significantly reduce aviation’s climate impact,” CEO Guillaume Faury said in the statement.

Airbus said it plans to test the three designs over the next five years. In the turbofan design, liquid hydrogen will be stored and distributed through tanks located behind the rear pressure bulkhead. The turboprop will also use modified gas-turbine engines. The blended-wing plan, resembling a flying V, opens up new options for hydrogen storage and distribution, along with cabin layout. 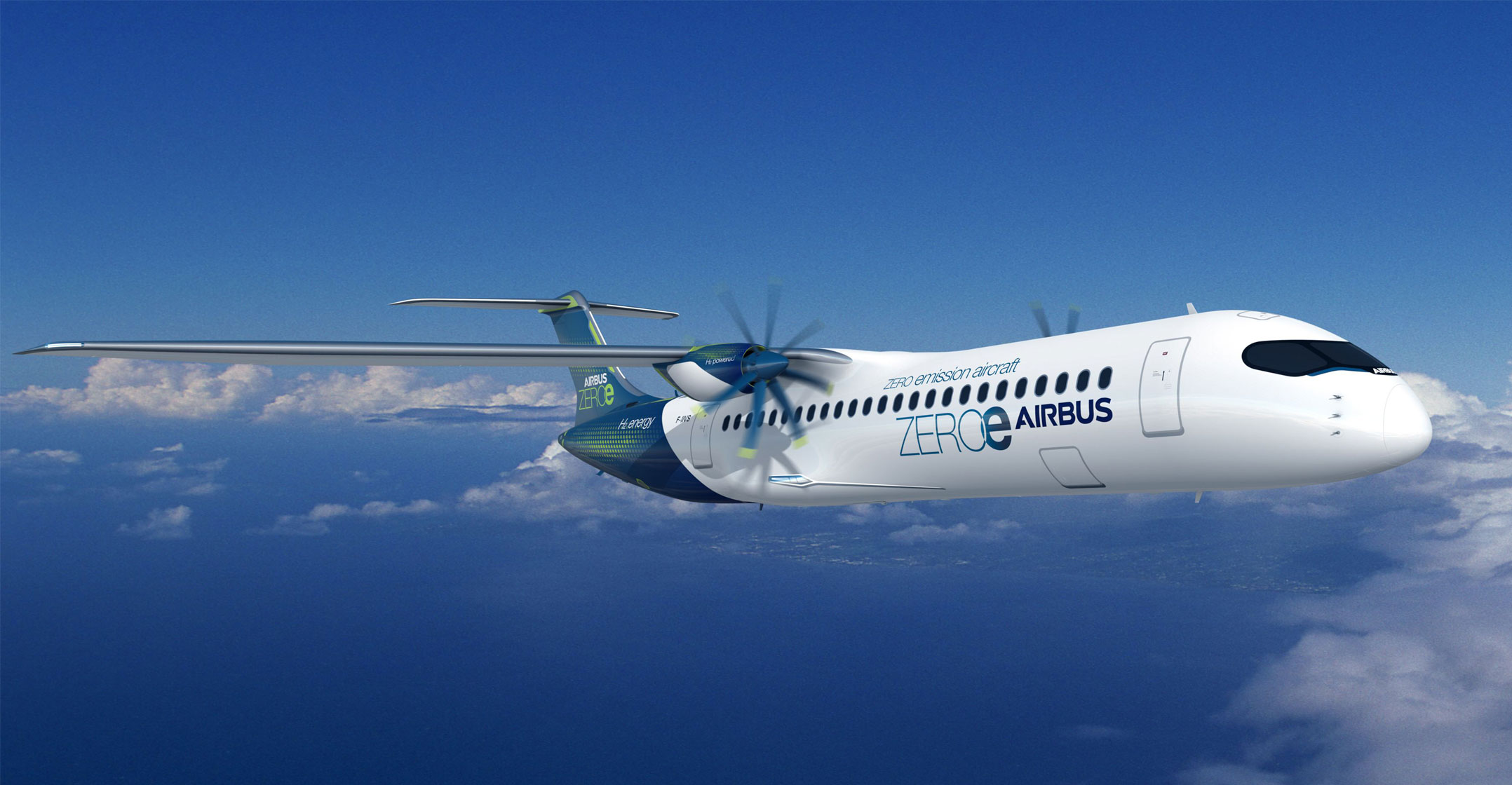 The company expects it will take another two years to choose suppliers and manufacturing sites before the programme is scheduled for around 2028 and the aircraft comes into service in 2035.

The success of any such plane would depend on infrastructure at airports and support from governments to fund the development, as well as incentives for airlines to retire older aircraft, Airbus said.