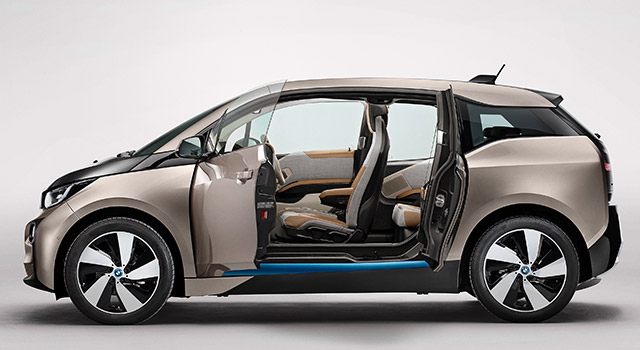 Electric cars are the future of the automobile, Germany’s iconic luxury vehicle brand BMW believes. And it’s about to make a big investment in South Africa to back up this view.

Worldwide, the race to electric vehicles is hotting up as leading vehicle manufacturers — Nissan, Volkswagen, Toyota, BMW — race to build models that charge quicker and go further. Nissan has already launched the Leaf in South Africa, though it’s been criticised for its R446 000 price tag. And let’s also not forget, of course, about the pioneering work of Tesla, the US electric car maker founded by South African Elon Musk.

As the price of petrol increases — with no relief in sight — electric vehicles look set to take a growing slice of the market from vehicles powered directly by fossil fuels.

This is certainly the opinion of BMW South Africa’s Deena Govender, who looks after the Bavarian automaker’s electric vehicle portfolio. “We have reached a point of diminishing returns in getting efficiencies out of the internal combustion engine and it’s become clear we had to ‘electrify’ our cars,” he tells TechCentral. BMW South Africa is taking a calculated approach to the launch of its two electric vehicles, the i3, which is aimed at urban drivers, and its flashy i8 sports hybrid. Both cars are expected to go on sale locally in March next year. But don’t be surprised to spot one before then: BMW has a small demo fleet on the road already.

“The market for electric cars in South Africa still needs to be created,” says Govender. But BMW isn’t letting that impede its plans. More than one in seven vehicles in its portfolio in 2015 will be plug-in hybrids or electrics. A plug-in hybrid is a car with both an internal combustion engine and an electric motor, whose batteries can be plugged into a wall socket. BMW’s i3 electric vehicle will be able to charge from a public charging station or a normal household electric socket.

The i3 will also come with what looks like a large notebook charger that has a type 2 electric socket on one end and an intelligent power brick connected to a standard three-prong socket on the other. The power brick is used to monitor and control the power that is fed to the vehicle.

To ensure that the car’s batteries are not damaged during charge, or that the i3 does not trip a power circuit, the car will be able to pull three different amperages: 6A, 9A and 12A. This can be set manually using the i3’s iDrive — similar to those found on BMWs today, but with a few additions to cater to the electric vehicle functionality. BMW’s recently launched ConnectedDrive will also be present on the i3.

The i3 is the car that BMW hopes will replace a household’s second car, or one that will be used by urbanites who don’t travel out of the city. This is because electric vehicles do not have sufficient battery capacity yet to compete with the drive range of  a full tank of petrol. On a single charge, the i3 will go for up to 160km, depending on how it’s driven. Govender believes this range will treble over the next few years as battery technology improves. Early adopters, be warned then.

However, to address the concerns early buyers might have — or to cater to the needs of those people who want more mileage per charge — BMW is also launching a version of the i3 with a “range extender” option. It includes a  two-cylinder petrol engine, holding 9l of petrol, that develops 25kW to maintain a minimum charge level in the battery. It boosts the driving range to about 300km. “We call this a range extender and not a hybrid because the electric motor and the battery pack are the only traction elements that drive the car,” says Govender. “It has a 650cc internal combustion engine from one of BMW’s bike ranges … to charge the batteries.”

Govender says this engine is intended to be used only as a backup in emergencies.

The i3 comes with its own smartphone app — available for Android and iPhone — that provides charging information to owners as well a range map to show not only the distances the car can travel on its current charge, but also where the nearest charging bays are to be found. The app also allows remote control of some of the car’s functions, including setting the climate control.

Public charging stations
Although the i3 can be charged at home, a full charge using a household power socket takes about nine hours. BMW calls this the occasional-use charging cable as it’s not meant to be used all the time. It allows electric car owners to charge from anywhere if a public charging station is not close by, but public stations will provide much quicker charge times.

Govender is also chair of the National Association of Automobile Manufacturers of South Africa’s (Naamsa’s) electric vehicle working group. “Naamsa, together with government and Eskom, has come up with a solution for what we need in terms of charging infrastructure.”

A big difference between the two is cost. “The public DC charging stations are about R350 000 fully installed, while the AC charging stations cost about R25 000,” says Govender. “The manufacturers have agreed we will offer the two major standards to cover the charging needs for all electric vehicles in South Africa.”

Given current electricity prices, the i3 at home will cost about R25 to charge fully, says Govender.

A lack of public charging stations could prove the biggest impediment to uptake. Govender says car makers have to work together on this. “We are already in the process of installing public charging stations at 11 BMW South Africa-owned facilities and BMW dealers. These will be placed in semi-public spaces like visitors’ parking lots,” he says.

Government also plans to install public charging stations at 60 locations in Gauteng, with deployment to begin next year.

“We are also in discussion with the Airports Company South Africa, the Gautrain and various property development companies and malls to install charging stations,” says Govender.

By the time the i3 and the i8 launch in South Africa next year, he says there will be a widely available charging infrastructure in urban areas.  — © 2014 NewsCentral Media