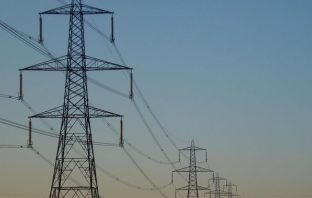 Trade union federation Cosatu on Wednesday vowed to fight “to the bitter end” any attempts to privatise Eskom. “Cosatu is not surprised by media reports that there are moves within government to privatise Eskom,” spokesman Patrick Craven said in a statement. “This is a continuation of an agenda 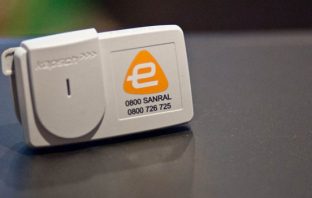 Auditor-general Terence Nombembe gave roads agency Sanral’s books the thumbs-up recently, although it is struggling against losses of more than R2bn because of financing costs on its tolling operations, thanks largely to the delay in e-tolling to pay for the Gauteng freeway improvement project TopTV’s acting CEO, Eddie Mbalo, looked relaxed for someone who had been in the hot seat for eight months. He was thrust into the spotlight when the pay-TV broadcaster’s founding chief, Vino Govender, left in February. The broadcaster maintains the separation was amicable, but it is clear

Government would be “jumping the gun” if it announced e-tolling was to go ahead in Gauteng, trade union federation Cosatu said on Thursday. Should it do so, the federation’s opposition campaign would shift “back into top gear”, including its members In the wake of cabinet’s rejection of KT Corp’s attempt to purchase a 20% stake in Telkom, reports now suggest the move was a precursor to the state taking full control of the company. Business Day reported on Tuesday, quoting a department of communications source, that Telkom’s delisting and renationalisation When in doubt, blame it on Mangaung. The ANC’s elective conference at the end of the year is definitely the dominant event on the political horizon, so much so that a botched telecommunications deal between Telkom and Korea’s KT Corp is being blamed

Unions and opposition parties at the weekend applauded the decision by the high court in Pretoria to put the controversial e-toll system on hold with immediate effect. Trade federation Cosatu said the decision would allow more time to look at alternative methods of funding road construction and usage. “We hope that the e-toll system will be abandoned forever An application by the Opposition to Urban Tolling Alliance (Outa) for an interdict to stop the e-tolling of Gauteng’s major roads continues in the high court in Pretoria on Wednesday. Outa, trade union federation Cosatu and the Democratic Alliance were pulling out all the stops this week to try and have the system scrapped

The high court in Pretoria will hear an application by the Opposition to Urban Tolling Alliance (Outa) on Tuesday for an urgent interdict preventing Sanral from launching the e-toll system on Gauteng highways. “This [interdict] is … to give judges time to review arguments in the matter and then make a decision

Trade union federation Cosatu has come out against the further privatisation of Telkom through a possible shares acquisition by a Korean company. The deal would not benefit ordinary citizens, Cosatu said. “Telkom stands out as an example of what can go wrong in