The best smartphones of 2013 It’s been a bumper year in the smartphone sector, with Nokia alone announcing nine Lumia handsets, Huawei introducing the world’s slimmest handset, and Samsung debuting too many smartphones to count.

There were many great devices that came to South Africa this year, including the entry-level Lumia 520, which has sold like hot cakes, Huawei’s “world’s slimmest” Ascend P6, and Samsung’s Galaxy Note 3. But none of those phones, great as they are, made our list.

Without any further ado, we present, in order from five to one, our top five smartphones of 2013. HTC One
HTC outdid itself with the release of its flagship HTC One smartphone in March this year. Its 4,7-inch aluminium-clad unibody shell looks stunning and the dual front-facing stereo speakers deliver exceptional sound for a mobile device. It’s powered by a 1,7GHz quad-core Snapdragon processor with 2GB of RAM and 32GB of non-expandable storage. The handset supports LTE, Bluetooth 4.0, NFC, Wi-Fi and DLNA for wirelessly streaming media content and has a large, 2 300mAh battery. The controversial 4-megapixel ‘Ultrapixel’ camera means fewer but larger pixels on the sensor, which is great for low-light conditions. Apart from BlinkFeed, it’s one of our favourite devices this year. Now if only HTC could sort out its support and marketing in South Africa — we hope its recent distributor deal with Ingram Micro Mobility will get the brand noticed again. 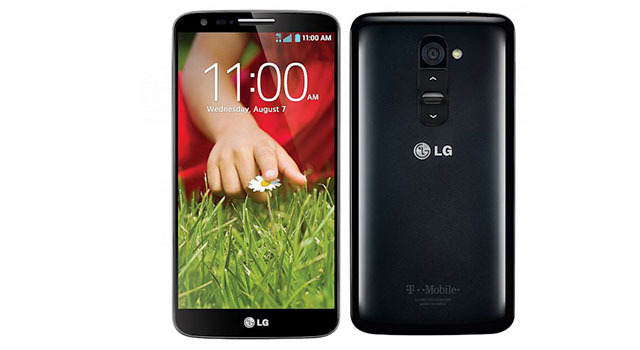 LG G2
Although late to the premium smartphone market, the LG G2 used this to its advantage to deliver a handset that ticks all the required boxes for a high-end smartphone. With its one-of-a-kind 5,2-inch IPS full-HD display, it packs in a 2,6GHz quad-core Snapdragon 800 processor, 2GB of RAM and a slightly disappointing non-expandable 16GB on-board memory. It has a massive 3 000mAh battery, supports LTE, Bluetooth 4.0 and NFC, and has a built-in infrared blaster. Its 13-megapixel camera takes excellent pictures at night, while the nifty “Knock On” feature lets you wake your device by tapping the screen twice. Apple iPhone 5s
The iPhone 5s just landed on our shores and has already impressed with its fingerprint reader, called Touch ID. The handset is physically identical to the 4-inch iPhone 5 in terms of size and weight, with a new home button that houses the fingerprint scanner. On the inside is the world’s first 64-bit chip in a phone (which doesn’t mean much right now), dual-core A7 processor and the M7 motion coprocessor, which uses very little power. The handset has an improved 8-megapixel camera with larger lens and a dual LED flash for more natural looking photos and is capable of 1080p recording. Battery life has only been improved slightly. The iPhone is still one of the world’s best smartphones, but it’s no longer king of the castle. Sony Xperia Z1
Sony’s flagship Xperia Z1 is quite the superphone with its stunning design, durability and outstanding hardware. It has a 5-inch full-HD 1080p screen. Unfortunately, at the slightest tilt, colours appear washed out. But the phone is waterproof and dustproof, and runs on a 2,2GHz quad-core processor with 2GB of RAM and 16GB of flash storage that is expandable via microSD up to 64GB. It also has a 20,7-megapixel camera with the same lens found in Sony’s point-and-shoot range, with full 1080p video recording. At 170g, it manages to squeeze in a large 3 000mAh capacity battery. Nokia Lumia 1020
Windows Phone 8 is starting to feel a little long in the tooth, but the Nokia Lumia 1020 is still a fantastic device, made better with Nokia’s excellent range of applications. The Lumia 1020 really shines with its whopping 41-megapixel PureView camera, which boasts a six-element compound lens, Carl Zeiss optics and optical image stabilisation. The large sensor allows for pixel oversampling, which reduces a high-resolution picture to much lower resolution, giving it high definition and light sensitivity. We love the optional camera grip that comes with the 1020, which provides an extra boost to the battery, too. The Lumia 1020 is certain to turn heads. As a productive everyday phone and camera, it’s also superb. It’s a worthy winner of TechCentral’s smartphone of the year.