Why I’m deserting iOS for Android 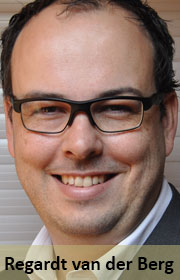 Smartphones as we know them today really started emerging about 10 years ago. My first experience with one was with the groundbreaking HTC Wallaby in 2002. The Microsoft Windows Mobile-powered Wallaby was primitive next to today’s smartphones — the interface was difficult to navigate without a stylus and there was no app store — but it offered an insight into what was to come.

Although Microsoft was one of the pioneers in early smartphones — and could have owned the space if it hadn’t rested on its laurels — it would eventually lose out to a small start-up called Android Inc founded in 2003 by Andy Rubin. Android was later bought by Google, and the company went on to launch its first commercial mobile operating system in 2008 with the HTC Dream. A year earlier, Steve Jobs had taken the wraps off the first iPhone. The iPhone and Android would go on to disrupt the technology business, turning Google and Apple into bitter rivals and leaving Microsoft scrambling to play catch-up.

Fast-forward just six years and changes are remarkable. The broadband-connected phones in our pockets are more powerful than desktop PCs were a few years ago. And the software that runs them has become staggeringly advanced.

Throughout this time, though, there have only ever been two real choices: iOS and Android. Windows Phone, which emerged from Windows Mobile, is excellent. But it suffers to this day from a lack of developer support, at least relative to the two bigger mobile platforms.

I made the switch to iOS, from Android, two years ago when I bought my first iPhone. I made the choice because, at that time, I had a MacBook and an iPad and it made sense to stick to one ecosystem for the sake of interoperability. This strategy worked … for a short while.

Make no mistake, Apple’s ecosystem is wonderful thing if you have two or three of the company’s products. But that was not the reason why I loved the iPhone so much. What really attracted me was the fact that iOS is a heavily curated platform over which Apple is very protective. This means a seamless experience from a design and technical point of view. Apple tightly controls the hardware and software and even has strict guidelines as to how third-party apps must be designed.

I loved this about iOS initially, but over the next year or so I came to dislike Apple’s tight control over the platform. It was not easy to move my data around, especially to non-Apple devices. I think The Eagles summed it up succinctly when they sang: “You can check out any time you like, but you can never leave.”

Things started to go awry when I realised just how locked down the operating system really was. Then came the breaking point. I often used a paid-for app called Voice Recorder HD, a great tool for recording interviews and still one of the best audio recorders for iOS. The problem was that I was unable to get my audio recordings from the iPhone, even though there were buttons to sync my audio to Dropbox or iCloud or to e-mail it to myself. These options never worked well due to the file sizes I wanted to copy. Worse, I could not connect the iPhone to my notebook as the files were not visible to me. My only solution was to use iTunes, but there was another range of problems with that, too — it rarely worked. So, after a two-year dalliance with iOS, I’ve decided I’m going back to Android. From day one, I’ve had access to virtually every aspect of my new phone software. With a bit of tinkering, there’s nothing I can’t run or extract from the system. When I connect the Android to my PC, I can see my data without having to install a separate app. I can even copy my files off the device — as it should be.

When I compare iOS and Android today, I still find myself yearning for the former’s simplicity. Android is by no means perfect, though the next version, Android L, looks set to be a big leap forward. I also suspect the things I love most about iOS will find their way into Android (and vice versa).

Both platforms are set for a major overhaul later this year. Studying what’s planned for both suggests the two platforms will be closer in features, functionality and design than they’ve ever been.
But interoperability is key for many users. With iOS 8, Apple will continue its focus on its own ecosystem. With Android L, on the other hand, Google looks set to keep expanding interoperability, not only on its own platform, but also with a much broader set of technologies.

My decision to abandon iOS for Android is a bet on the future of the technologies that are important in my life. I am opting for openness instead of a closed ecosystem. I reckon Android is my safest bet in that regard.  — © 2014 NewsCentral Media