End of the line for Cable & Wireless 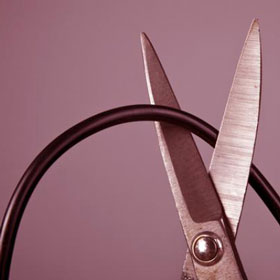 There is a certain Darwinian poetry in the fact that Cable & Wireless Worldwide, a remnant of a once mighty telecommunications empire based on telegraph wires and established in the 1850s, looks set to be eaten up by Vodafone, a contemporary telecoms industry giant born only in 1985. Even as late as 1999, C&W (CWW’s predecessor firm) was the significantly larger of the two firms measured by profits. Yet today, the offer price of about £1bn for CWW is the equivalent of just 1% of Vodafone’s market value.

Vodafone is buying CWW for the price of the network kit it has in the ground and its customer list. CWW’s brand and culture will probably be put out of their misery. Vodafone today spends money leasing capacity from other firms in order to carry its “backhaul” traffic. The idea is that by buying CWW and using its network the firm will reduce its leasing costs. If Vodafone also picks up a few new blue-chip customers, too, that’s all cream. It is a deal about saving costs, not grand strategy. For this reason, any CWW shareholders holding out for a much higher price are kidding themselves. The only other bidder, Tata Communications, has already pulled out — rightly so, for it had neither the financial strength nor the track record to take on a walking disaster.

It would be convenient if the parable was of one generation of technology (mobile) triumphing over older ones (fixed line, and before that the telegraph). But CWW’s decline has almost nothing to do with technological obsolescence. During the 1990s, it probably had a larger mobile business than Vodafone, with stakes in operators across the world, many of which have grown to become huge businesses. Under the mantra of “realising shareholder value” it sold all of those and spent the proceeds pursuing a series of strategic dead ends. The real culprit is poor and greedy management, an addiction to dealmaking that only made investment bankers rich — and shareholders who allowed themselves to be sold snake-oil tales of overnight triumph.  — (c) 2012 The Economist