It's war over Eskom 'privatisation' - TechCentral
THE BEST IN TECH President Cyril Ramaphosa in his state of the nation address announced the unbundling of Eskom into three operating units. His brother-in-law, Patrice Motsepe, has emerged as a potential buyer of the assets likely to come up for sale.

Ramaphosa said Eskom will be broken up into three parts: generation, transmission and distribution. He also confirmed that non-core assets would be sold.

“This is nothing more than privatisation through the back door and we reject it,” says Numsa general secretary Irvin Jim.

“The ANC and its cronies looted and destroyed Eskom and now they have identified privatisation as a convenient way to cover up for more than two decades of rampant mismanagement, looting and corruption. The ANC is punishing workers for its failures. The unbundling of Eskom will result in massive retrenchments and job losses. For the consumer, it will mean that electricity will cost more, and it will be even more inaccessible to the poor and the working class.”

Adil Nchabeleng, energy analyst and head of Transform RSA, says “unbundling” is code for privatisation. Ultimately the plan is to sell each individual power station, and the private sector is cheering this announcement. The result, however, could be massive job losses across the energy supply chain and further price increases for consumers.

Matshela Koko, former head of generation and once upon a time acting group CEO at Eskom, says the company is caught between a rock and a hard place. “Private business wants in on this deal, and they are saying ‘If you work with us you will get the funding you require.’ Cyril has done a bit of a tap dance. The first step is to unbundle without privatising it, but what follows from that is privatisation.

“The real problem here is the renewable energy contracts, which I refused to sign when I was acting CEO of Eskom because I knew they would bankrupt the company. Now we are talking of unbundling Eskom as a way to solve its massive debt crisis, but this ignores the real problem, which is runaway coal and diesel costs, unaffordable renewable energy contracts, and declining electricity sales.”

A court case brought by the Coal Transporters Forum in Pretoria next month could derail Ramaphosa’s plans. It says the renewable energy contracts were signed by the government without public consultation and will result in massive job losses. Should the state lose this court case, it will kill Ramaphosa’s plans for Eskom. 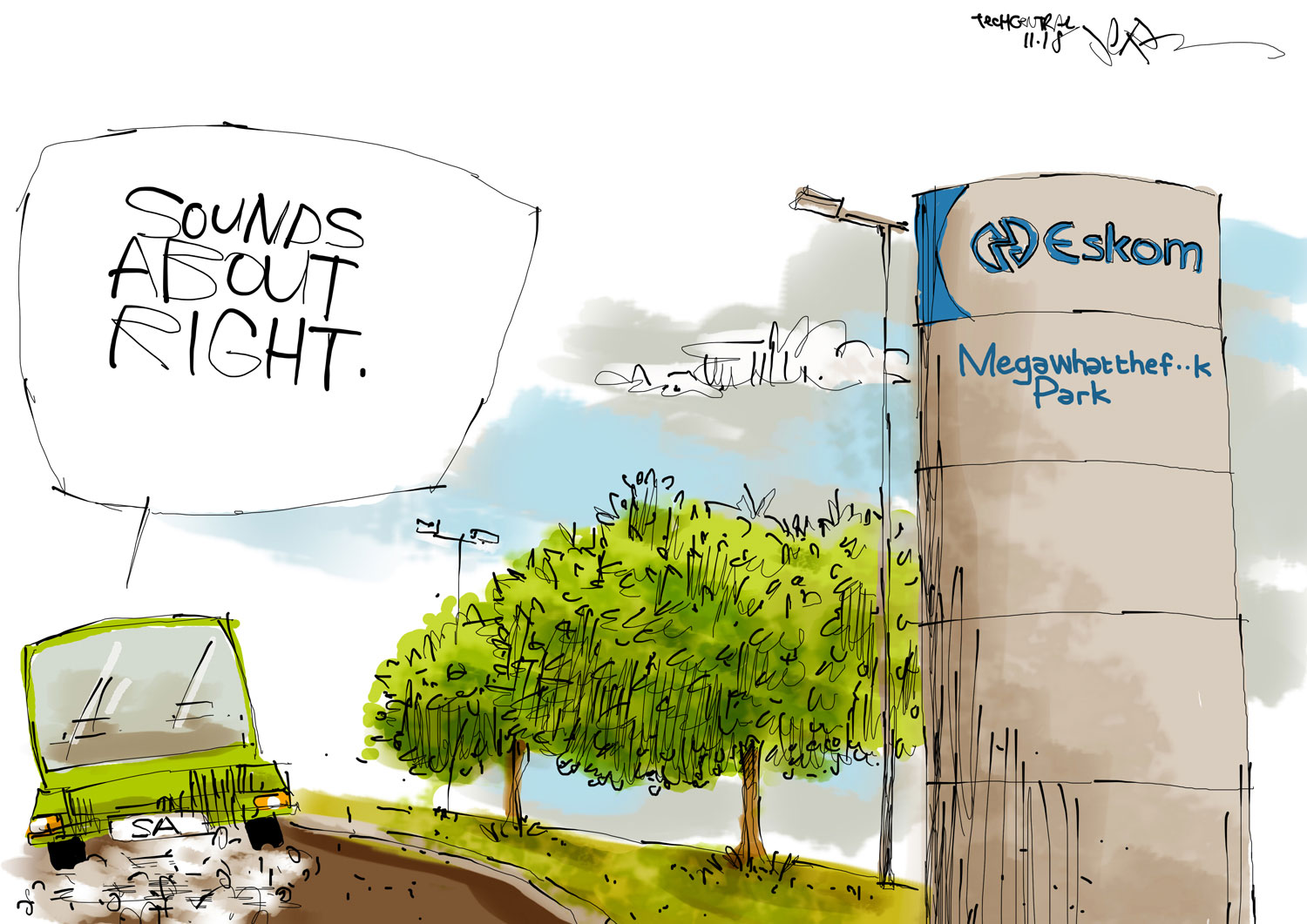 Energy analyst Anthonie Cilliers says renewable energy currently provides 5% of the country’s energy needs but accounts for 23% of its cost. “We signed on to these renewable energy contracts without proper consultation. If South Africans knew they would pay R2.20/kWh for renewable energy while coal-fired energy costs 44c for the same electricity, I think we would have had a very different debate.”

Trade unions say the unbundling of Eskom will not solve the underlying problem of runaway diesel and coal costs, and the crippling cost of signing up renewable energy contracts, which will burden Eskom with additional debt of more than R100-billion by 2022.

Says Jim: “Only an Eskom which is completely owned and controlled by the state is the best guarantee for cheap electricity. History has shown us that once the private sector is allowed to step in, prices increase and massive job shedding is inevitable.”

Jim says the working class is in for more suffering because Ramaphosa is calling for a tariff increase at Eskom while at the same time demanding it is unbundled. “Last year, the same ANC increased general taxes in the form of VAT. This, coupled with increases in the petrol price, will worsen the suffering of the working class majority and the poor.

“We have been calling for a just transition from fossil fuels to renewable energy. President Ramaphosa and the ANC have perverted that phrase for their own narrow agenda. They took the decision to privatise a national asset, which is owned by the public, without bothering to consult the most important stakeholder, which is labour and the community at large. The working class is opposed to any privatisation plans of our SOEs, but in particular, Eskom.”

The battle lines have been drawn. The state has officially declared war on the working class, says Jim, and it will be resisted every step of the way.