SA-made smartphones to hit shelves - TechCentral
THE BEST IN TECH 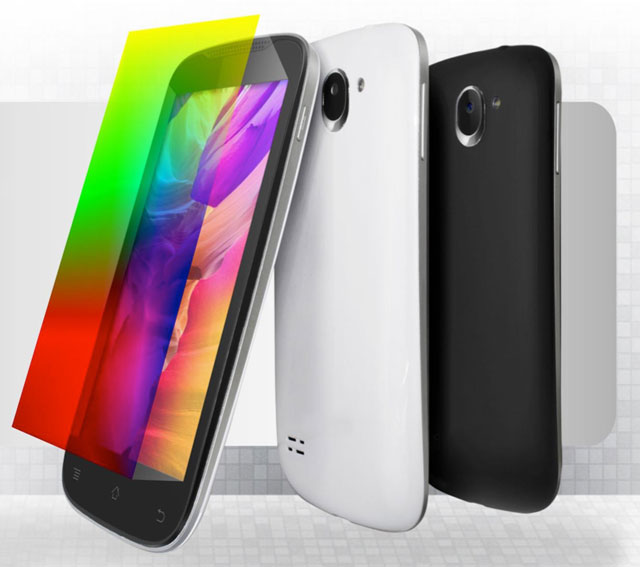 Prototype of the new South African-designed and -built smartphone

By early next year, South Africans will be able to buy locally designed, developed and manufactured smartphones and tablet computers built through an initiative between two independent, black-led companies, Seemahale Telecoms and CZ Electronics.

Seemahale makes networking and broadcasting equipment and is in the process of acquiring a 51% stake in CZ Electronics, a company founded in 2002 following the purchase of a factory that used to make equipment in South Africa for France’s Alcatel on behalf of Telkom and other clients.

“This project is a first in Africa as far as I am aware,” says Seemahale CEO Thabo Lehlokoe. “It’s not right that out of a billion or more phones in Africa, none are made or assembled in Africa. Some are designed here, but they’re then made in China.”

South African factories have the capacity to manufacture high-end electronics, says Lehlokoe, and so they need not limit themselves simply to assembly.

That said, Lehlokoe explains that CZ and Seemahale are importing the printed circuit boards that they’ll be using, but that placement of all the components, the housing assembly, the manufacture of cables and accessories, and the printing of manuals and packaging is being done in South Africa.

Many people argue that outsourcing the entire process to China is cheaper, but Lehlokoe says CZ already manufactures components for international companies. “The costs are manageable,” he says, adding that local manufacturing also means local after-sales support and repairs, creating jobs in the process. Seemahale and CZ plan to manufacture two devices, a 5-inch smartphone and a 10,1-inch tablet, and expect they will be on sale early in the first quarter of 2014. Both devices will be powered by Android and will cost “considerably less” than big-name products. Both will run stock Android with no additional overlays favoured by other manufacturers. The phone will run Android 4.3; the version of the tablet must still be firmed up.

The phone will have a 5-megapixel rear camera, a 2-megapixel front-facing camera, and will support two Sim cards at the same time. “That makes a lot of sense in this market, especially for prepaid users,” says Lehlokoe.

Making the device dual Sim is important because it is a way to help “reduce the digital divide”. It’s not only the cost of devices that keep people from getting online, but the cost of mobile operators’ services, he says. Being able to switch easily between networks can go some way to mitigate that.

The tablet, meanwhile, will include a quad-core Cortex A7 1,2GHz processor, 1GB of RAM and between 4GB and 16GB of internal memory (this is yet to be finalised).

Screen resolution will be 1 280×800 pixels and will also include a mini HDMI port, the same pair of cameras found on the phone, a Sim slot, and an 8 600mAh battery. It is expected to weigh about 580g.

“The phone and the tablet will be branded with our own brand, but we’ll also considering white-labelling it,” Lehlokoe says.

Both the phone and the tablet will be manufactured at CZ’s premises in Boksburg. Pre-order sales will open in January.

Prototype of the tablet to be built

Various distribution channels are still being considered and local repair and after-sales support will be offered. Lehlokoe hopes to “entice” a local bank to back the venture and offer cheap financing on the products.

He also wants to show telecoms operators, which buy millions of phones every year, that locally manufactured devices “need not be inferior”.  — (c) 2013 NewsCentral Media