UEC Archives - Page 2 of 2 - TechCentral
THE BEST IN TECH 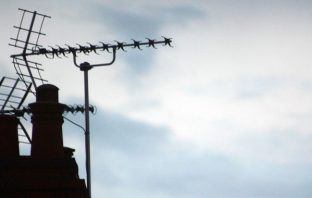 Lack of certainty around the encryption and access control mechanisms to be used for digital terrestrial television, along with how millions of set-top boxes will be subsidised for poorer households, looks set to throw South Africa even further off track Vodacom said to be eyeing IPTV

Vodacom has bought set-top boxes from Altech’s Durban-based UEC subsidiary that are capable of delivering both fixed-line and wireless Internet protocol television (IPTV) services to consumers, apparently as part of an internal trial. Though Vodacom confirms it has bought two decoders for testing, company spokesman Nomsa Thusi says

Sentech looks set to close loss-making divisions, including its once much-vaunted telecommunications carrier-of-carriers division and its direct-to-home satellite television business, to focus on its core business of signal distribution.

Altech UEC, a Durban-based manufacturer of digital decoders and set-top boxes, has filed papers in the Pietermaritzburg high court against state-owned broadcast signal distributor Sentech. Sentech has been given until next Thursday

It’s been almost six months since Southern Africa’s broadcasting industry was thrown into turmoil over the department of communications decision to review the standard SA should use for digital television migration. And with the clock ticking

A battle may be looming between industry and government over the broadcasting standard SA will use for digital terrestrial television. It’s a row that could set…

News
Altech to expand into China, other markets

Altech will soon expand into Brazil and China, and increase its presence in India and Nigeria, as the JSE-listed IT and telecommunications group seeks to step…