The story behind Sentech's iconic tower - TechCentral
THE BEST IN TECH The Sentech Tower is a feature of the Johannesburg skyline

TechCentral on Tuesday reported how Sentech has to spend millions of rand fixing its famous Johannesburg broadcasting tower, which has fallen into a state of disrepair, with concrete flaking off the structure.

The iconic tower has a rich history. The Sentech Tower, as it’s known today, was originally called the Albert Hertzog Tower, named after the late apartheid minister of posts and telegraphs, whose greatest claim to fame was a speech in which he said SA would get television over his dead body.

Hertzog described television as a “miniature bioscope over which parents would have no control” and said that “SA would have to import films showing race-mixing”. He regarded television as the “devil’s own box, for disseminating communism and immorality”. 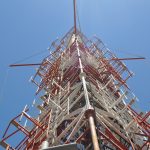 But the National Party was eventually forced to buckle under public pressure, and the Herzog Tower — which had for the first 15 years of its life been used exclusively for FM radio broadcasts — was retooled in the mid-1970s as the main television broadcast tower for Johannesburg.

Zane Mannell, acting GM for operations and maintenance at Sentech, says that when the tower was constructed in 1961 it was regarded as something of an engineering feat.

The tower, which is still the tallest such structure in Africa, was the first in the world to combine six FM channels simultaneously into a common antenna. 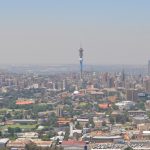 Excavations began in February 1961, and the tower reached its full height of 237m in December of the same year. The 53t structural steel mast attached to the top of the tower was completed in just three weeks.

The entire structure cost only R300 000 to build; to build it today would cost R300m, Mannell says.

The foundations of the 7 820t tower are just 2m deep and 6m wide and have an external diameter at the base of 25m.

More than 1 340t of concrete was used in the foundation, with a further 5 684t in the tower. Reinforcing consists of 300t of high-tensile and mild steel bars.

Additional reinforcements ensure the tower can withstand wind gusts of up to 200km/h.

The tower rests on a circular, wedge-shaped foundation. The reinforced foundation has a triangular cross-section and stands on Jeppestown shale just under the top level of the Brixton ridge on which the structure is built. Jeppestown shale is brittle but has excellent compression strength and is therefore ideal to carry heavy loads. 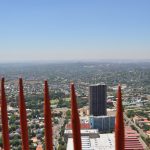 Because of the elasticity of the tower, earthquakes cannot be felt inside the structure. Its shape makes it immune to earth tremors.

Lightning protection is achieved through a continuous electrical connection to the mast, through steel reinforcing, and a connection to the lift shaft and copper conductors laid in the ground below the tower. During summer thunderstorms, the tower can be struck multiple times.

The tower’s observation decks were open to the public until 1982, but were closed because of fears anti-apartheid activists would target the structure. It has not been reopened since, though Sentech chairman Quraysh Patel has told TechCentral he wants to reopen the viewing decks.

The tower offers a breathtaking panorama of Johannesburg’s leafy northern suburbs; the mine dumps to the south; the city centre to the east; and Soweto and Soccer City to the south-west. On a clear day, the Magaliesberg frames the picture in the north.  — Staff reporter, TechCentral