Cool the invective in MultiChoice row

The war of words that erupted between MultiChoice and communications minister Yunus Carrim this week is extraordinary. It is also, unfortunately, very damaging.

It is unusual in South Africa — or most countries, for that matter — for a large company to take on a cabinet minister directly, aggressively and in public like this.

One has to assume the decision by MultiChoice to publish full-page newspaper advertisements, in which it alleges that Carrim is pandering to “certain narrow commercial interests”, had the blessing of Koos Bekker, the CEO of parent company Naspers.

There are big risks for MultiChoice in adopting a confrontational approach with the government.

The broadcaster, which owns DStv, M-Net and SuperSport, has an entrenched monopoly in pay-TV and surely cannot assume, even if that monopoly is benign, that an ANC government, which could veer to the left after the 7 May election, would make decisions that are in its interests.

Carrim has already labelled MultiChoice a bullying monopoly and said its newspapers adverts were “astonishingly inaccurate” and served only to “weaken the case of those opposed to the government’s policy”.

Astonishingly, MultiChoice then inflamed the situation further, basically accusing the minister of lying. I am told reliably that several senior ANC politicians have voiced concerns that MultiChoice is leading a campaign that could cost the party votes in the election.

Cooler heads are needed all round.

It has taken many years to reach this sad state of affairs. South Africa’s migration from analogue to digital terrestrial television has been marred by blunder after spectacular blunder.

This means we are now certain to miss the deadline imposed on us by the International Telecommunication Union to complete the migration by the middle of next year. Many other African countries will complete their projects long before us.

Carrim has tried to bring the warring parties together through an arbitration process. His patience is commendable, but unfortunately his recommendations to the cabinet, tabled in December, are confusing and introduce too much complexity in a misguided effort to balance competing interests.

From what I can fathom, there is a proposal to establish some sort of state-run agency to manage the encryption system. The last thing that is needed is the dead hand of government extending its reach even further in this sector. 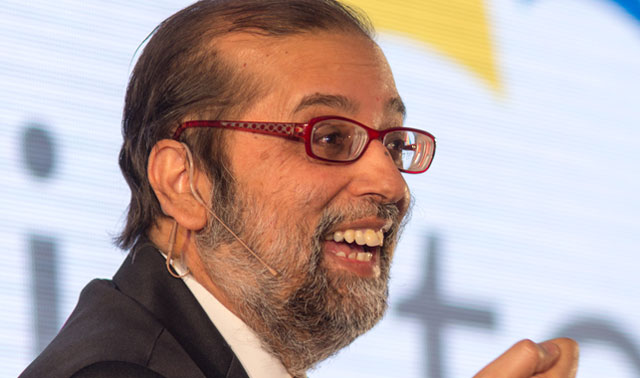 I wrote in this column in December that mandating encryption in free-to-air television is a mistake. E.tv argues that it is needed, among other things, to allow it to source high-quality content from the Hollywood studios, thereby helping free-to-air broadcasters to compete more effectively with MultiChoice. But in the process it proposes locking consumers in with costs for them in perpetuity. If e.tv wants encryption in the boxes, it should foot the bill of rolling them out, rather than relying on a state subsidy.

MultiChoice is right that encryption is a bad idea. But it has reached that conclusion, at least in part, for reasons that are not altruistic. It is worried, with justification, that other broadcasters will be able to piggyback off a taxpayer-funded subsidy to launch rival pay-TV platforms. One has to ask why it should expect a free ride.

There is no doubt that more needs to be done to encourage competition in South Africa’s broadcasting industry. But let’s remember that, to a large degree, MultiChoice is in the strong position it is because it’s an exceptionally well-run company that produces and sources some of the best programming in the world. It didn’t get to where it is by serving crap to its customers.