Companies that are heavily reliant on a particular technology could plan their futures more easily if they forged a close relationship with the developer to understand its road map.

Partnering with the principal or its main local reseller may even allow them to influence the products and applications they depend on, said Wayne Dale, head of data and cloud solutions architecture at Smollan. It would certainly help the company plan its own IT strategy over the next five to 10 years, he said. 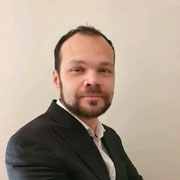 Dale was speaking during a roundtable discussion hosted by SUSE and TechCentral to discuss the migration being enforced by SAP as it replaces ECC with the S/4Hana platform. While the move hasn’t caught anyone by surprise, many companies are yet to decide whether to run S/4Hana in the cloud or on-premise, or to ditch SAP and switch to a different platform altogether.

Dale advised the panellists to engage more closely with their IT suppliers, so they always know what to expect well in advance. Smollan, which builds retail solutions, works closely with giants like Oracle to make sure that whatever it implements will remain fit-for-purpose because it can see the future, he said. “Without understanding the road map and adopting the newer things coming out of those products, sometimes you find yourself in a position where you have now this monolithic legacy system that you can’t move forward on. If you’re not adopting the things new technologies enable, your competition is going to get in front of you.”

Roundtable facilitator Daniel Robus agreed that walking closely with an OEM was smart advice. “If you’re buying from them, you’re probably a key customer. I don’t think we ask enough of them,” he said. 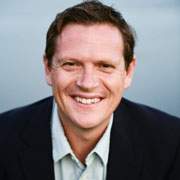 Several less gung-ho participants were still trying to determine their post-ECC strategy. While some will upgrade reluctantly, others are eager to embrace the lower running costs that S/4Hana promises, and the additional features being developed for it by third parties.

The lack of IT skills is a fear factor for some facing an upgrade. Robus warned that although emigration had stopped during the Covid lockdown, it was picking up again and valuable skills were leaving. “IT leaders are afraid of where the skills are going to be coming from. Who’s staying and who’s going?” he said.

Derek Rule, the indirect client executive at SUSE, agreed that skills were an issue, but not an insurmountable one. “Customers are concerned that they don’t have the in-house skills to complete the migration,” he said. SUSE could alleviate that by guiding customers to some really skilled people who could handle the technical side and the educational aspects, he said. 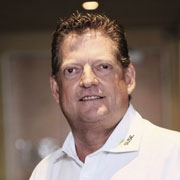 Globally, 50% of SAP deployments run on Windows and 50% on Linux, and Linux skills were more of a concern than SAP skills, he said. “There is some hesitation for those that have been running on Windows to migrate to Linux. But the journey isn’t as scary as some customers think it may be.”

Companies migrating to Amazon Web Services (AWS) or Microsoft’s Azure could find some really skilful partners, as well as SAP and training skills, Rule said. For installations that stay on-premise, several of South Africa’s bigger IT players could support them, while others had specific Linux skills.

Rumours suggest SAP’s official deadline of 2025 may move to 2027, Rule said. Either way, it’s time to act, he believes. “We’re not saying you have to migrate because of the deadline, our recommendation is that you migrate to a better platform.”

Skills were a key concern for Discovery Health, which took great care to find, attract and retain the best, said Vladi Belev, its chief enterprise architect. “Discovery is probably one of the last software development houses in town — 80% of what we are using was created in-house, which give us great flexibility. We have significant skills around storage, operating systems and networks, and retaining these skills is key in the Linux space.” Liberty is equally proud of its skills, and took a proactive approach to retention and enhancement, said Philile Mkhize, its technology divisional executive for corporate functions. “We’ve introduced one day of learning a month on what we call the future skills, which are basically the today skills,” she said. Training covers the infrastructure and business processes through academic and practical lessons and certification. That will help when Liberty focuses on an S/4Hana migration in the coming months, as its own upskilled people will work with the implementation partners to create a better strategy overall. 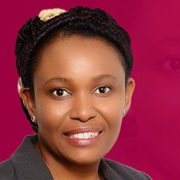 One key consideration ahead of the migration was whether bespoke code was still necessary, Mkhize added. “It’s important as we look at the plans to say, ‘Do we still need what was customised before we move it? Can we get much richer functionality just on the standard functionality that’s available, irrespective of whatever the ERP system is?’”

A trend in the banking industry is moving to Linux because it’s cheaper, said Hemu Choonilal, a former data integration executive at Nedbank. But he urged caution against thinking the cloud is always simple, easy and cost effective. “When you start running massive applications in the cloud, and you don’t know what you’re doing, the pricing models behind AWS become frightening.” 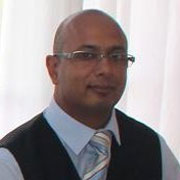 He believes there isn’t a rush to migrate because people don’t know whether to go multi-cloud, hybrid cloud, or what type of cloud strategy to deploy. A hybrid strategy blending on-premise with the cloud was popular, and with that, he suggested that some legacy applications that speak to the ERP, core banking systems or CRM SAP systems should be transitioned first to a Linux environment.

Faith Muteke, who heads Absa’s ERP Chapter, said the banking group is going through an exciting transformation. It has always run its support in-house, but this year decided to outsource its support centre to an external partner. “That will assist us with the upscaling and downscaling as we go through our transformation,” she said. “We need to keep the existing applications running on-prem and ECC and so forth, while we’ve also kicked-started a massive journey to migrate onto Hana. We’re going onto AWS in terms of the infrastructure.”

The biggest driver was SAP’s deadline, but Absa decided to move faster to benefit from newer applications and technologies, with a staggered approach ahead of the whole business going live in early 2021.

Many government entities are running environments that haven’t been upgraded for 10 or 15 years, and must also modernise them, partly to achieve public-sector compliance. “The municipalities have to adhere to certain standards and the only way to meet them is to upgrade to the latest and greatest solutions,” said Aslam Raffee, SUSE’s public-sector account executive. “A lot are using the cloud to ‘kick tyres’. They spin up a few machines in the cloud and it’s a nice playground, but to properly nail down an architecture is very challenging,” he said. “They have a legacy hardware environment and now they’re confronted with going cloud, going hybrid, or going on-prem. That’s a huge challenge. It’s not only about having SAP and Linux skills, but also having cloud architects and understanding cloud economics. If you don’t understand the economics, you could face a very heavy bill in running SAP workloads in the cloud.”

That was supported by Pamela Mkosana, head of IT governance and compliance at the Ekurhuleni Metropolitan Municipality. They started to contemplate SAP and other ERP platforms three years ago, but billing issues first need to be resolved in many metros, and moving on with SAP was difficult because of some compliance requirements, she said. Raffee said municipal compliance could be achieved during the implementation, and some third-party specialists had a proven track record in this. But another hurdle was change management. “They’re used to a monolithic solution, and now have options. We can look for the best solution, but how do we change our thinking, how do we introduce things like DevOps and automation to really deliver services to citizens?” he said.

Mkhize said Liberty has a huge drive toward simplification, and automation was critical in that. “We’re constantly assessing the automated tools, automation skills, cost and all those things. We know how time consuming and costly migration can be, and we’ll be looking at automation to simplify it.” Launching an agile development approach two months ago had already realised many benefits in flexibility, agility and achieving the goals, she said. 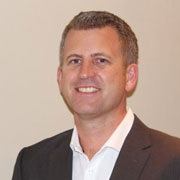 Liberty is now conducting a high-level business investigation around whether to stay on-premise or move to the cloud and will act within 12 to 18 months.

MultiChoice also plans to upgrade within 18 months, after seriously debating whether to stay with SAP or not, said Gideon Botha, head of service operations. “It was quite a journey to get them to make that decision. Luckily that’s off the table now.” But the process would be disruptive, and business people didn’t understand why they had to upgrade, he said. “They just see a massive price tag associated with it.”

As many CIOs are experiencing, persuading the business to spend money changing something that works is proving quite a battle.