MultiChoice Group has decided to carry competing streaming television services on its upcoming Explora PVR because the broadcaster wants to position itself as a “super aggregator” of content. Shareholders in MultiChoice, which was unbundled from Naspers on 4 March, rejected the group’s executive pay at Thursday’s AGM. How much MultiChoice bosses are paid

MultiChoice Group executive chairman Imtiaz Patel received almost $1.5-million (about R21.4-million at the time of writing) in base salary, bonuses, pension and short-term incentives in the 2019 financial year.

The decline in the number of subscribers to DStv Premium accelerated slightly in the year to March 2019 and MultiChoice is actively looking at ways to stem the erosion.

MultiChoice Group soared 16% in debut trading in Johannesburg as the pan-African pay-TV company embarks on a new era of independence following a spin off by technology giant Naspers.

Naspers has announced a management shake-up at MultiChoice, with the creation of a new MultiChoice Group business (formerly Naspers Video Entertainment), which will be headed by Calvo Mawela. 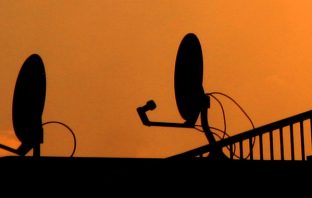 MultiChoice Africa CEO Nico Meyer has left the pay-television operator for “personal reasons”. He left the group’s employ on 31 March, MultiChoice GM for corporate affairs Jackie Rakitla confirmed on Monday. He has been replaced by Tim Jacobs

MultiChoice has commissioned capacity on a new satellite from Intelsat, less than two years after the company began using Intelsat 20, a high-capacity satellite launched in 2012. Intelsat said on Wednesday that it has signed a 15-year service agreement with MultiChoice for Intelsat 36, a new