Eskom is killing South Africans with its China-level pollution

In Pullens Hope, your eyes itch and your nose clogs. It’s easy to figure out why.

On the right side of the main street of the dilapidated village east of Johannesburg is a fenced-off electricity substation with a red sign warning of pollutants. On the left, a power plant belches emissions from burning coal into the air. Both are owned by Eskom.

Pullens Hope has doomed Rita Phoku’s family, she says. For decades, she lived between a storage site for Eskom’s burnt coal waste and a coal mine complex. Four of her five children suffer from asthma and other respiratory illnesses, while her 23-year-old daughter, Prudence, died of cancer of the lungs and respiratory tract. Her sister, who lived nearby, suffered repeated miscarriages and died of respiratory illness. All told, Phoku says, she has lost as many as nine family members to respiratory-related diseases.

There’s no point being angry at anyone because when you keep complaining, you’re labelled as a person who just wants to start conflict

She blames Eskom, which owns 12 coal-fired power plants in Mpumalanga, in which Pullens Hope lies. They are in a belt of 145km by 180km that accounts for most of South Africa’s electricity production. Air pollution in the biggest towns in Mpumalanga is regularly higher than that in Beijing and Jakarta, two of the most polluted cities in the world, according to AirVisual, an air-quality monitoring app.

“There’s no point being angry at anyone because when you keep complaining, you’re labelled as a person who just wants to start conflict,” said Phoku, 55, standing on the dirt lot where she cooks food on an open fire in a dirt lot to sell to workers as they pass by. “My children are still getting sick and all I can do is take out money so they can go to the doctor.”

The environmental group Greenpeace, using satellite data, said that between June and August last year the area suffered the worst nitrogen dioxide power plant pollution on Earth. In a separate study, it said emissions such as sulphur dioxide, particulate matter and mercury were causing deaths from respiratory disease, strokes and heart attacks even beyond Mpumalanga, including in greater Johannesburg, a metropolis of 10 million people lying to the east.

That study and one produced by another environmental group, estimate that more than 2 000 South Africans die prematurely from power plant pollution. China, which has a population more than 20 times greater than South Africa, suffered 3 153 “excess” deaths from coal plants in 2011, according to a study published by the American Chemical Society in 2017.

Eskom said in February that the correct number of deaths per year was 320. Results of a recent study commissioned by the Centre for Environmental Rights, which attributed as many as 650 premature deaths to pollution, also is in line with its research, said Deidre Herbst, Eskom’s environmental manager.

The pressure on Eskom to curb emissions is yet another reason why the utility has become the biggest headache for President Cyril Ramaphosa, who is seeking to revive an economy that contracted by the most in a decade in the first quarter. The main cause: power cuts by Eskom because its plants are so dilapidated. 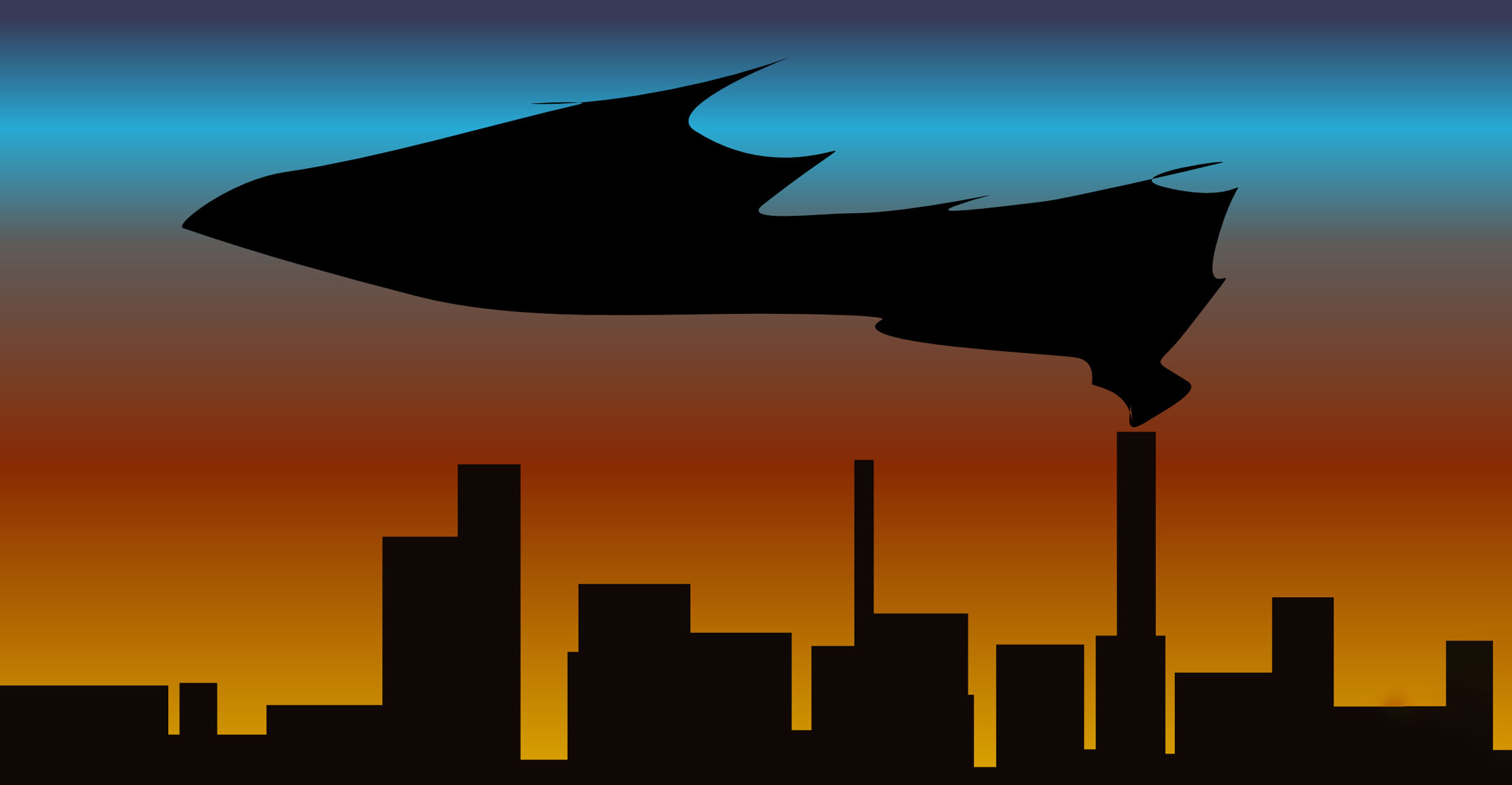 The utility has at least R440-billion in debt, its revenue isn’t enough to cover running costs and it can’t afford to complete the two biggest power plants it has ever constructed. In his 20 June state-of-the-nation address, Ramaphosa said his government will accelerate R230-billion in government support to help Eskom stay solvent.

And that doesn’t cover the full cost of reducing pollutants to meet existing standards, themselves far higher than in the European Union and China. Tougher standards are supposed to go into effect next year, but Eskom requested a delay until 2025, saying it can’t afford to spend the estimated R189-billion needed to install flue-gas desulphurisation scrubbers and other pollution-reducing technology at its plants.

The two studies with the higher death rates are exaggerated and the Greenpeace assessment doesn’t take into account the height of the stacks — the towers that emit pollution — at the utility’s plants, said Eksom’s Herbst. That means that a lot of the emissions are dispersed high into the atmosphere and don’t affect the air quality at ground level. Mpumalanga’s pollution is also exacerbated by the common use of coal for domestic heating and cooking in the province, she said.

On a bad day, this whole place looks white. You can barely see the houses that are just nearby

In Pullens Hope, Eskom dominates the skyline — in fact, in a town of single-story buildings, it is the skyline. The Hendrina power plant’s seven grey, concrete cooling towers stand starkly against the blue winter sky, some billowing steam. Depending on the wind and local weather conditions, Eskom’s power plants across the province can be obscured by a haze as one approaches from a distance.

“On a bad day, this whole place looks white. You can barely see the houses that are just nearby,” said David Mashilwane, 34, as he stood in front of a mud house, chickens at his feet. “I chose to remain here because I grew up here and I started my first job this side. With or without problems, this is my home.”

In Middelburg, a sizeable town 40km north of the Hendrina power plant, doctors say the respiratory complaints of their patients keep them busy.

Alex Mashifane says he treats a lot of people with allergic rhinitis, sinus problems and asthma. “They don’t have medical aid. It does affect their quality of life. It affects their pockets as well.”

Last year, South Africa’s then-acting environment minister, Derek Hanekom, quietly doubled the sulphur dioxide emission limits for existing coal plants by 2020, breaking the law by not seeking public comment for the changes. The ministry this year pledged to seek comment after a lawsuit.

Since then, a separate lawsuit has been filed by two local environmental groups, groundWork and the Vukani Environmental Movement in Action, to compel South Africa to enforce its own emission limits, which are already significantly higher than those in China and India, the world’s biggest coal consumers.

Barbara Creecy, the current environment minister, said in a statement that she “agrees there are air quality challenges” in Mpumalanga but would prefer “further engagement outside of a court process” to resolve the issues.

With Eskom’s plants emitting as much as 3 500 milligrams of sulphur dioxide per normal cubic metre, the proposed increase will make little difference, said Albi Modise, the chief director of communications for the department of environmental affairs, because the plants aren’t even close to meeting the more lenient proposed standards.

Eskom’s two newest plants are being fitted with the technology to cut sulphur dioxide emissions and Eskom has focused heavily on reducing particulate emissions, said Herbst. Fabric filter bags, which reduce the amount of particulates released into the air, have been installed at some plants, while nitrogen dioxide-curbing equipment has also been put in place, for instance.

“Activists always bash us for what we aren’t doing, not what we are doing,” Herbst said at Eskom’s headquarters, Megawatt Park. Eskom’s pollution levels are high because of the age of its power plants, some of which date back to the 1960s, she said, while China has installed new plants with more up to date technology.

Both the environment department and Eskom say that the plants harm people’s health. “Death cannot be an acceptable cost for any industry or facility to operate in South Africa,” Modise said.

Phoku said she used to go to local meetings and complain. Eskom did pay to move her, Mashilwane and a handful of other residents further from the coal mine and the waste site, but the damage to her health endures, she said.

“I don’t have the strength to fight with Eskom anymore,” she said. Wearing a striped green shirt and a frayed pink skirt, she was attending a community meeting about Eskom on the dirt lot. “My nose is always blocked and the kids have blocked noses as well. Eskom never warned us that the place we come from was dangerous for our health.”  — Reported by Antony Sguazzin and Londell Phumi Ramalepe, with assistance from Demetrios Pogkas, (c) 2019 Bloomberg LP