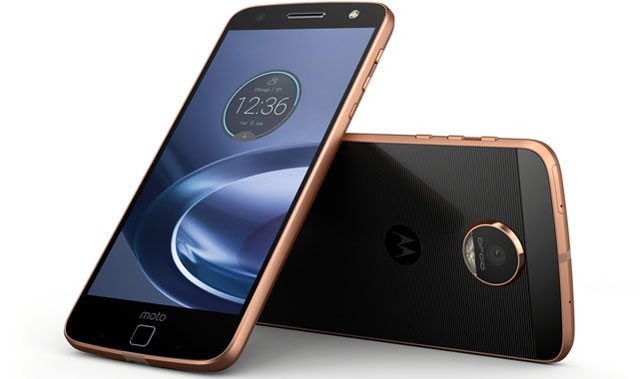 In a world where smartphones have become so similar – large, flat slabs of glass – Lenovo’s new flagship Moto Z smartphone is a standout. Its modular design not only immediately differentiates itself from its competitors, it’s brilliantly executed, too, making this one of the most exciting new handsets in years.

It also marks a return to the South African market of the Motorola brand after Lenovo acquired Motorola Mobility from Google in 2014. Hello (again), Moto!

The Moto Z is not the first modular smartphone. The G5 from Korea’s LG Electronics brought the concept to the mainstream in 2015. However, Lenovo’s implementation is slicker. Unlike the G5, snap-on components — known as Moto Mods — can be attached magnetically to the phone’s rear without having to cycle the power.

And all the Moto Mods available at launch — from a 10x optical zoom camera developed by Hasselblad to a stereo speaker from JBL – are genuinely useful (although not particularly cheap).

But let’s start with the phone itself. At just 5,2mm thick, the Moto Z is startlingly thin and, at 136g, lightweight, too.

It’s almost unbelievable what Lenovo has managed to shoehorn into the phone’s slender frame — a zippy Snapdragon 820 processor, a generous 4GB of RAM and either 32GB or 64GB of flash storage (expandable by 256GB using a microSD card).

The Moto Z ships with Android 6.0.1 Marshmallow, though Lenovo has said an update to 7.0 Nougat should be here before year-end

The only sign that Lenovo had to cut any corners is the battery, which, at 2 600mAh, is a little lightweight, especially when it comes to powering the super-bright, 1 440×2 560-pixel, 5,5-inch display. The battery will get you through a day, but not with heavy use.

The 13-megapixel primary camera produces extraordinarily good photos with its f/1,8 lens, even in relatively dimly lit situations. It supports laser autofocus, optical image stabilisation and has a dual-tone flash. It’ll shoot 4K video at 30fps and full-HD video at 60fps, and will shoot in high dynamic range, too. The secondary, front-facing camera, which has a 5MP sensor, has its own LED flash. The Moto Z’s fingerprint sensor is lightning fast and accurate

The Moto Z has all the components you’d expect in a high-end smartphone — GPS, Glonass, accelerometer, NFC, LTE, dual-band 802.11ac, and so on — and we won’t rehash all those specs here.

However, two things worth noting are that the phone uses the new USB-C connector and — shock, horror! – it doesn’t have a 3,5mm analogue audio jack (oh, Apple, what have you started?). There is an adapter in the box, though, to connect wired headphones.

Also in the box is a rear cover (it slots on comfortably like the Moto Mod accessories). Of course, there are many covers available separately, so you can personalise your phone to match your mood, or the season. There’s also a clear “bumper” that fits over the front of the phone, which provides rudimentary protection against knocks and drops. If you want better protection, you’ll need to buy it.

The Moto Z ships with Android 6.0.1 Marshmallow, though Lenovo has said an update to 7.0 Nougat should be here before year-end. The company has kept Android quite close to the experience Google intended, with minimal overlays and — we’re pleased to see — almost no vendor bloatware. Our test device hadn’t been near one of the local operators, either, so there was no operator crapware loaded. Where Lenovo has added features to Android, many of them — like gestures — are genuinely useful. For example, picking up the phone and looking at, or swiping a hand over it, brings up the time as well as summary notifications. Holding down a notification icon, like e-mail, brings up more detail, allowing you to decide in an instant if you need to unlock your phone or not. It’s a great productivity enhancer.

We also really liked the ability to flick our wrist twice to unlock the phone and bring up the camera app. The camera loads almost instantly — the fastest we’ve seen on any Android phone — meaning you’re less likely to miss that great action shot.

The fingerprint sensor is also rapid and accurate. Unlocking the phone by touching the sensor, which is in the centre below the screen, works flawlessly and quickly almost without fail. One minor quibble is that the sensor detracts a little from the overall design of the phone. It looks a little out of place — almost something that was added as an afterthought without considering it in the design ethos.

Enough about the device itself. Let’s have a look at those Moto Mods!

Four Moto Mods are available in South Africa at launch. We’ve already mentioned the JBL SoundBoost speaker Mod. Snap it onto the back of the phone and it produces loud, high-quality sound. It houses its own 1 000mAh battery, so there’s no worry about it draining the phone’s battery, and it provides up to 10 hours of uninterrupted playback. There’s even a built-in kickstand to prop the phone up on a table or couch (or anywhere really). This is especially useful when watching video content. Next up is the Moto Insta-Share Projector Mod, which turns the Moto Z into a mini projector. We didn’t have this Mod to review, but it fetches R4 699. It will no doubt appeal to the PowerPoint crowd.

The third Mod, which is also likely to be the biggest seller, is the Incipio offGrid Power Pack Mod, which adds extra juice to the phone, ensuring you can end even the heaviest-use days with plenty of reserve left in the tank. The 79g, 2 220mAh battery doesn’t add significant heft to the phone, and doesn’t detract from its design.

The Power Pack Mod automatically charges the Moto Z at the most efficient times to get up to 20% more battery life, Lenovo said. There’s also a wireless charging option, allowing you to charge the Moto Z and/or the Power Pack wirelessly. The Mod retails for a recommended R1 199.

It’s the fourth and final Moto Mod that is likely to garner the most attention, though. The Hasselblad True Zoom Mod turns the Moto Z into a powerful digital camera by adding features such as a 10x optical zoom, allowing you to capture detailed photos from a distance without the usual smartphone problem of losing resolution. Focal length is 4,5-45mm (25-250mm 35mm equivalent).

The 145g True Zoom Mod, which has a sensor resolution of 12 megapixels, a 1/2,3-inch, f3,5-6,5 BSI CMOS sensor and a xenon flash, can shoot in RAW (DNG format) and take 1080p video at 30fps. A wide range of manual settings is supported, from ISO 100 to 3 200 to white balance and exposure settings. It has two mics for stereo audio recording. Optical image stabilisation is standard for still images.

Android Authority has a great video overview of the Hasselblad Moto Mod:

For shutterbugs, the True Zoom Mod is going to prove very tempting. But at a recommended R4 299, it’s not cheap. The price seems just too steep for what it is, even with Hasselblad’s name attached to it.

And, like all the Moto Mods, the worry for consumers must be how long they’ll be able to use these pricey extras before they’re rendered obsolete through a phone upgrade. Most people, especially at the high end of the market, upgrade their phone every two or three years.

That said, even if you don’t buy any of the Moto Mods, the Moto Z is a brilliant Android smartphone — undoubtedly one of the very best we’ve seen. It’s lightning quick, it’s not bogged down with bloatware and the added software features are mostly very useful.

If you’re in the market for a new, high-end Android smartphone, the Moto Z should be on your shortlist. – © 2016 NewsCentral Media