StarSat parent On Digital Media (ODM) has no intention of withdrawing a complaint it lodged against DStv parent MultiChoice in 2013 at the Competition Commission, in which it accused its rival of engaging in anticompetitive behaviour.

ODM, which is close to completing a business rescue process it went into in 2012 after running into financial trouble, accused MultiChoice of abusing its monopoly by not supplying it with access to two SuperSport channels for broadcasting on StarSat (at the time known as TopTV).

“As you know, the Competition Commission takes its time. When it concludes, it usually comes out with a killer punch that leaves the monopolies rattled,” ODM director Eddie Mbalo said in an interview with TechCentral on Wednesday.

“As much as it takes time, the commission will come up with a solution to dealing with the monopolistic behaviour by the incumbent competitor.”

He vowed that ODM will not withdraw the complaint, and said it is more relevant today than ever, especially as MultiChoice readies its plans for digital terrestrial television. “MultiChoice has positioned itself very closely with the SABC to ensure that they continue to dominate,” he said.

Despite the amount of time that has lapsed since ODM lodged its complaint, Mbalo said he is confident the commission will still pursue the matter.

In its complaint, ODM asked the commission to refer the matter to the Competition Tribunal and asked that a fine be imposed on MultiChoice and/or subsidiary SuperSport amounting to 10% of their annual turnover.

ODM accused MultiChoice and SuperSport of anticompetitive behaviour, which it said has made it difficult for it to offer a compelling alternative to DStv.

It said it requested access to SuperSport 3 and 4, which broadcast Premier Soccer League and other football games.

Although SuperSport appeared to be open, at least at first, to the idea of providing SuperSport 3 and 4 on commercial terms to ODM, it later backtracked on this, with ODM suggesting pressure had come from parent MultiChoice not to make the channels available to its rival.

It accused MultiChoice and SuperSport of contravening the Competition Act by refusing to give it access to an “essential facility” when it was “economically feasible” for it do so.

The companies also contravened the act’s prohibition against a dominant firm engaging in an anticompetitive exclusionary act, the broadcaster argued.

ODM’s submission showed that it met on a number of occasions with SuperSport and MultiChoice executives. It claimed that at a meeting in November 2008, SuperSport agreed to consider supplying the SuperSport 3 and 4 channels to TopTV.

“The management of SuperSport undertook to review SuperSport’s supply agreements in order to ascertain whether there was any impediment in the way of SuperSport supplying ODM with SuperSport 3 and 4. This, together with possibly creating a new, separate sports channel specifically for ODM, was confirmed in e-mails…”

“It would consist of mainly delayed sports events rather than live ones, and a very limited number of live football games (two per week), both of which were from a secondary league (La Liga), whose popularity in South Africa is subordinate to the PSL, the English Premier League or the Champions League. Moreover, the price proposed for supplying the secondary channel was substantial, despite containing minimal live sports content.”

Negotiations to improve the programming content of this “secondary” channel broke down and were eventually terminated, ODM said.

Talks were revived later in 2009 following a meeting between ODM then-chairman Valli Moosa and Naspers CEO Koos Bekker. “The meeting was concluded on the basis that Bekker would instruct the senior management of MultiChoice and SuperSport to assist and cooperate with the management of ODM in working out an acceptable supply agreement.” 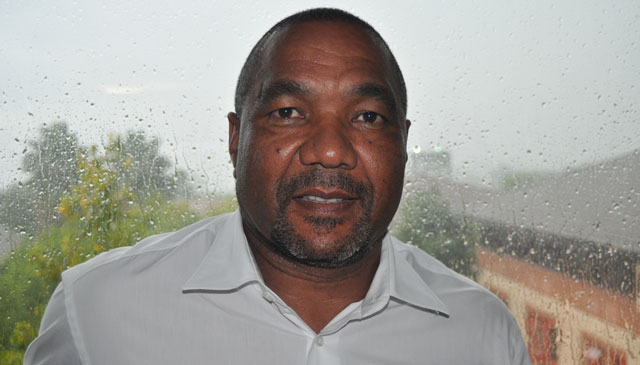 However, at a follow-up meeting — at which ODM again tabled a proposal to buy access to SuperSport 3 and 4 — executives from MultiChoice and SuperSport adopted an “adversarial, counterproductive and obdurate” attitude. MultiChoice later rejected all of ODM’s requests made at the meeting, and mooted the idea of a revised secondary channel. This channel was “substandard and would not have enabled TopTV to compete effectively with MultiChoice’s pay-TV packages carrying premium sports channels,” the company said in the complaint to the commission.

However, despite its reservations, ODM agreed to accept the channel “subject to certain conditions”.

“At this juncture, ODM was two months away from the launch of TopTV. Consequently, there was a plethora of other matters that required urgent attention in order to ensure that the launch would occur in a timely fashion. As a result … ODM was compelled to accept the secondary channel, despite its reservations that this channel would not allow it to compete effectively with DStv’s Compact package.”

ODM claimed the MultiChoice offer was then verbally retracted at a lunch meeting in Sandton between executives of the two companies. This was never communicated in writing, ODM said.

“Since SuperSport and MultiChoice are vertically integrated, there is an obvious incentive for SuperSport to protect the monopoly position enjoyed by MultiChoice. Such an incentive would most likely not exist were the two firms independent of one another.”  — © 2015 NewsCentral Media