What Apple should do with its mountain of cash 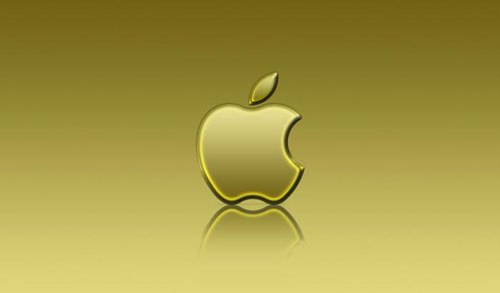 Not long after Steve Jobs died last year, wags eulogised the Apple co-founder with a joke: “Ten years ago we had Steve Jobs, Bob Hope and Johnny Cash. Now we have no jobs, no hope and no cash.” Apple may no longer have Jobs, but it fills investors with hope and is brimming with cash. Its market capitalisation recently passed US$500bn, and it has a whopping $100bn or so of cash on its balance sheet.

That mountain of money is about to get higher. Apple aficionados are poised to snap up the new gadgets that the company unveiled on 7 March. These include a new iPad, the latest in the firm’s wildly popular range of tablet computers, and a revamped Apple TV device.

If the new iPad, which boasts a super-sharp screen and lightning-fast connectivity, wins friendly reviews, it will give a big boost to Tim Cook, Jobs’s handpicked successor.

But the extra cash it delivers will also increase pressure on Apple’s boss and board to explain what they plan to do with the company’s embarrassment of riches. Last month Cook admitted that the firm has more cash than it needs for its operations. It’s a nice problem to have.

The obvious solution would be to give cash back to shareholders, either via dividends or share buybacks. This is a surprisingly sensitive subject. Jobs was obsessed with hoarding cash, not least because of Apple’s near-bankruptcy in the mid-1990s. Returning money to shareholders would mark a big departure from the revered founder’s philosophy. Another reason Cook will want to tread carefully is that some pundits see a tech firm’s decision to start paying dividends as a signal that its glory days are behind it. One oft-cited example is Microsoft, whose growth slowed after it began returning cash to shareholders in 2003.

Apple is unlikely to suffer a similar fate. Demand for its iGizmos seems insatiable. That is why it needs to come up with ways to invest more of its cash sensibly. Tim Bajarin of Creative Strategies, a consulting firm, reckons Apple could ramp up its forward purchases of components and set up its own semiconductor factories, to give it a tighter grip on a critical link in its supply chain. It could open more physical stores — though their sales would only add to its cash pile. And it may have to fork out more on lawyers’ fees to fight patent lawsuits and deal with other problems, including allegations that it colluded with publishers to fix the price of digital books.

On the acquisition front, the firm has long shunned megadeals, preferring to swallow smaller firms with technology and people it covets. That policy is unlikely to change, though Apple may well accelerate its deal-making tempo. Among its likely targets are firms that offer video and other entertainment content, and others with data that could enhance services such as Siri, its virtual personal assistant.

None of this would put much of a dent in $100bn. So Apple will probably start handing cash back to shareholders later this year. Working out how to do so will take time, not least because the firm holds much of its money outside America in order to avoid hefty US corporate tax rates.

Some Apple fans fret that if the company decides to pay regular dividends, it could end up regretting it. “Apple needs to watch out for dividend addicts,” says Aswath Damodaran, a finance professor at New York University who owns Apple stock. Such shareholders, he adds, will be obsessed with extracting as much cash as possible from Apple rather than with its mission of making mind-blowing products. Perhaps. But the point of shares is that they confer ownership. They are valuable only because shareholders expect — and are entitled to — a share of profits. Apple may have trouble finding a good use for its cash, but its shareholders will not.  — (c) 2012 The Economist