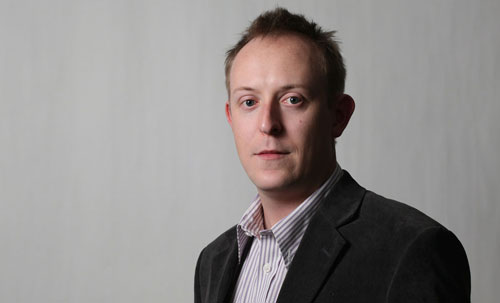 There’s been plenty of talk about the need for greater mobile data coverage in rural areas but it’s easy to become blasé about it when you’re ensconced in a coverage-rich metropolis for 350 days of the year. Hit the road and the plight of those who live with abysmal or nonexistent data coverage becomes clear.

The problem isn’t just the limited coverage in smaller towns or the fact that many offer only the pitifully slow GPRS/Edge rather than 3G – if they offer data coverage at all – but there is almost no mobile broadband coverage on the roads themselves, even national highways.

The lack of coverage is annoying for holidaymakers but a big impediment for rural businesses and consumers.

The challenge is motivating mobile operators to put expensive infrastructure in areas where usage is going to be relatively minimal – at least compared to dense urban areas – and there’s little hope of seeing a generous return on investment.

The Independent Communications Authority of SA (Icasa) has decided the best approach to dealing with the problem is encouraging operators to share infrastructure to reduce costs.

Also, as part of its recently announced spectrum allocation plans, Icasa has stipulated fairly stringent coverage targets for companies that get access to coveted spectrum in the 800MHz (suited for rural areas) and 2,6GHz frequency bands in 2012.

But people outside the cities may have to wait a long time before they see action. Television broadcasters currently occupy the 800MHz band and, despite a looming deadline of next year to vacate the spectrum, they claim they won’t be able to do so much before 2015. This is a big problem for the country.

So, it seems a long wait is inevitable. In the interim, there are those who propose the use of television white-spaces spectrum – the buffers between analogue TV stations – that could, with Icasa’s support, be rolled out rapidly.

Similarly, SA needs to use spectrum efficiently. Icasa is talking about taking back spectrum from operators that don’t use it, certainly a bold statement from a regulator that has allowed state-owned Sentech to sit on prime spectrum it wasn’t using for years.

Aside from taking spectrum from those who fail to utilise it, SA would also do well to consider allowing companies that own spectrum to sublet it in regions where they aren’t using it. For example, if a company has a portion of the 2,1GHz band but uses it only in Gauteng, it should be able to lease that spectrum to other players in other provinces.

It’s impossible to overstate how important it is for the economy that the aims of universal broadband penetration are achieved. Though the current timeline looks optimistic, better to aim high and fall short than create deadlines so far off no one takes them seriously until it’s too late anyway.

Connectivity can make a huge difference for education and entrepreneurship, helping uplift communities. A child able to play on MXit today may become a developer a decade later. An entrepreneur can run a business from a smartphone. Cottage industries can reach a global market. But none of this is possible without something akin to universal broadband coverage.

There’s a proverb that says that “one generation plants the trees; another gets the shade”. Let’s get planting.